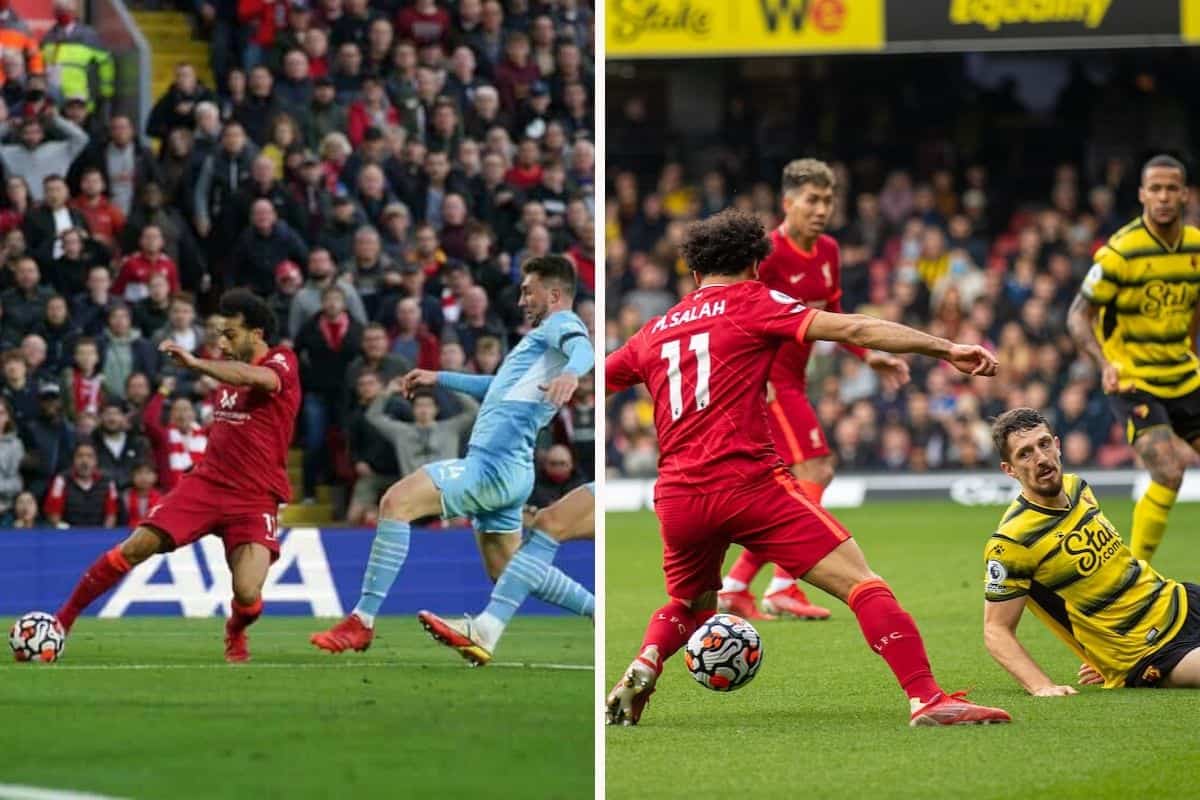 Jaws dropped and watching Liverpool fans were sent into euphoria twice in as many weeks as Mohamed Salah showed off his genius against Man City and Watford.

“I did, I can’t lie, I did!” Salah said after being asked if he’s seen his two goals a few times already. “Absolutely.”

And the No. 11 is not alone there, with his beautifully constructed goals having been on replay for millions of Reds around the world after the fact.

The show of poise and awareness on top of his deadly finishing skills was provided the perfect backdrop at Anfield and Vicarage Road having truly taken fans with him throughout every artful manoeuvre.

“The sound was unbelievable at Anfield, the fans were so excited,” Salah said of his City goal to Optus Sport.

“For me, the first touch is the most important thing.

Mohamed Salah analysing his goals vs Man City and Watford. His smile while watching those goals. ????pic.twitter.com/FSqn4uxswV

“My plan is to take the left-back at your back and just hold the ball or if he comes quick, just try to hold him and face the centre-back after that.

“Once the ball was in it was unbelievable.”

But he was not done there with another jaw-dropper to follow at Watford, evading five defenders with ease to truly mark his standing as the world’s best, as if there has been any doubts prior to that.

“When I run inside the box everyone is asking for the ball!” Salah said.

“Once I dribbled [past] the first one there was an ‘ayyy’, exactly the same feeling as the City goal.

“I cut back in because I don’t know if the centre-back was going to think I’m going to do it like City.

“It’s a nice feeling when you see the ball going inside the net because I don’t want someone to save it from the line or something!

“You see the fans so, so excited, that’s what makes the goal better.”

With the season still in its infancy, the scary thought for Liverpool’s opposition is that there is still a lot more to come from Salah in 2021/22 and beyond.