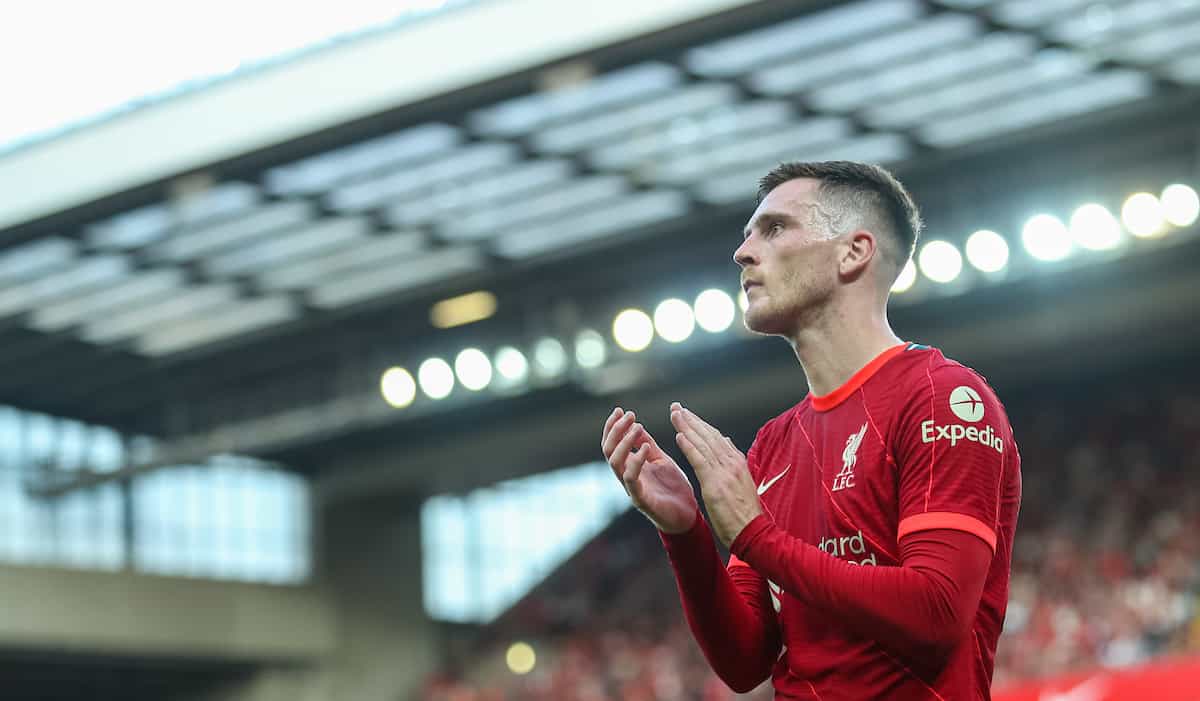 Jurgen Klopp celebrated the fact that he has decisions to make for Liverpool’s clash with Southampton, with the defensive line and midfield to come under the most focus.

The Reds are back at Anfield for the third game on the spin in the space of just a week, with back-to-back-to-back victories on the cards.

That no new fitness issues arose from the win over Porto will have been music to the ears of those of the Liverpool persuasion, and now it’ll be about keeping it that way.

Further rotation will certainly assist in doing just that but will it be a case of up to six changes?

Here’s how Liverpool could lineup against Ralph Hasenhuttl’s side.

Klopp was delighted that he now has more than “two-and-a-half midfielders” but rotation will be needed: 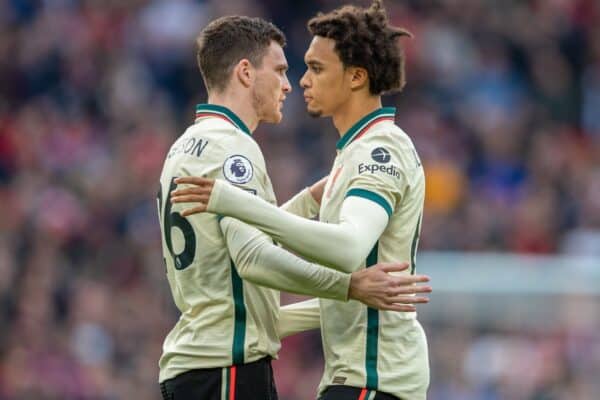 Rotation came into play in midweek with four changes, but a return to the strongest possible XI is certainly in the reckoning with options ready to be slotted back into the team.

It’s a welcome conundrum for Klopp to have decisions to make but it’ll be limited to the defensive and midfield line, with the full-back mainstays two obvious options for Klopp.

Alisson will be eager to make it three clean sheets in succession and he could see the return of both Trent Alexander-Arnold and Andy Robertson ahead of him in the defensive four.

Virgil van Dijk will then return to partner Joel Matip to complete the back-line that has not started together since the defeat at West Ham.

There are, thankfully, options in midfield and Fabinho and Jordan Henderson are fresh from their late cameos in midweek and Thiago is poised for another start, allowing Alex Oxlade-Chamberlain to have a rest.

And the forward line all but picks itself with Mohamed Salah, Sadio Mane and Diogo Jota: 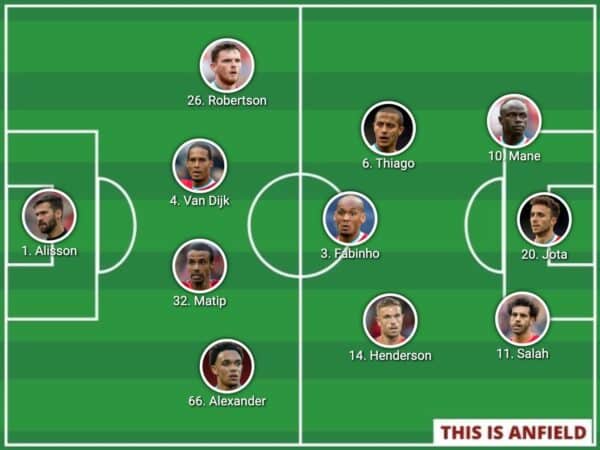 But that the manager has options does afford him the opportunity to keep an eye on both the games against Southampton and Everton, which comes four days after.

This could then see Ibrahima Konate retained to ensure it’s not three games in seven days for Matip, partnering Van Dijk.

And while Alexander-Arnold can slot straight back in, Kostas Tsimikas provides another opportunity for Robertson to recharge with a place in the XI then in mind for the derby.

In midfield, after a slight stomach issue, Fabinho can play the full 90 next to Oxlade-Chamberlain and Thiago – with in-game substitutions then no doubt in mind for the latter duo.

And, again, with it being the Premier League the trio of Salah, Jota and Mane are the go-to option: 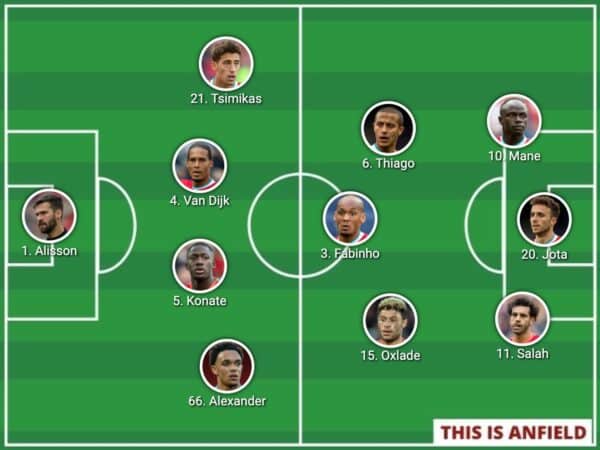 The options that Klopp does have ensures a strong XI either way, with a substitute bench to complement it having been bolstered by the likes of James Milner and Divock Origi in the last week.

Dropping any further points at home is off the table and while the Saints did fall to Norwich last time out, they cannot be taken lightly.