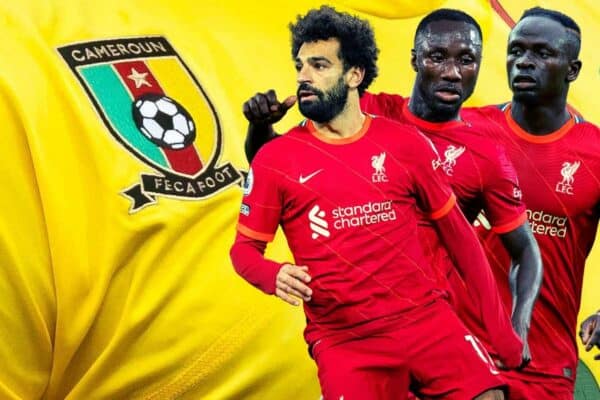 Despite safety concerns surrounding the tournament and a rise in COVID-19 cases, the Africa Cup of Nations will go ahead as planned, kicking off on January 9.

The announcement that the AFCON would take place in Cameroon was met with concerns early on, and these have mounted as the start of the postponed tournament approaches.

Initially due to take place in June and July 2021, the COVID-19 pandemic forced it to be pushed back to January and February 2022, which will impact the clubs of those players involved.

For Liverpool, that means losing Mohamed Salah, Sadio Mane and Naby Keita mid-season, at a time when cases are rising in the UK, with Virgil van Dijk, Fabinho, Thiago and Curtis Jones currently sidelined after testing positive.

Further issues, namely the low vaccine rate in Cameroon, worries over facilities and an ongoing civil war in the African country have rightly led to reservations among various parties.

On Tuesday, the Confederation of African Football (CAF) held a meeting with the president of Cameroon to discuss the future of the tournament, amid calls for this iteration to be cancelled entirely.

However, the CAF have pushed ahead with plans for the tournament to take place in Cameroon, with the start date set for January 9 and the final to be held on February 6.

A statement reads: “CAF is proceeding together with its partners and other stakeholders in the preparations of a successful hosting of the TotalEnergies Africa Cup of Nations Cameroon 2021 starting on 09 January 2022.”

It remains to be seen when Salah, Mane and Keita will be required to join their national teams ahead of the tournament, with Liverpool hoping they can feature against Chelsea on January 2.

At the very least, the trio will miss the FA Cup third-round clash with Shrewsbury (Jan 9), as well as the following two Premier League fixtures against Brentford (Jan 15) and Crystal Palace (Jan 23).

After that, the top flight is set to observe a winter break, with Jurgen Klopp hopefully able to call upon his African trio again for the visit of Leicester on February 10.

Much will depend, of course, on how far Egypt, Senegal and Guinea reach in the tournament, along with any fitness issues to arise from participation.