The 239th Merseyside derby arrives at a time when Liverpool are firing on all cylinders, with Mohamed Salah leading the charge to continue the Reds’ December delight.

If Liverpool win it will become 34-all at Goodison in all league meetings, but eight of the last nine league derbies at Goodison have finished all-square, with five being goalless.

But the Reds have now gone 10 games unbeaten at Everton in the league – a club record.

This game will be played on the 62nd anniversary of Bill Shankly’s appointment as Liverpool manager. 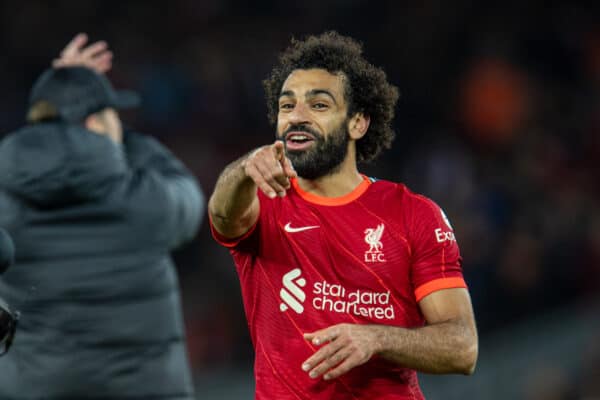 Liverpool have scored 21 goals in six away league games this season – the man who has scored most of those 21 is Mo Salah with seven.

Salah has scored 11 goals in eight away appearances this season in all competitions and has 15 in his last 14. The defeat at West Ham last month is the only away game of his campaign in which he has failed to score.

The Reds have scored at least twice in all 10 away games played in the league and cup this season, with the run extending to 13 since a 1-1 draw at Leeds last April.

Divock Origi has five goals in eight league appearances against the Blues.

Only Steven Gerrard (9) and Robbie Fowler (6) have scored more for the Reds in Premier League Merseyside derbies.

Origi has scored more goals for the Reds against Everton than he has against any other team.

And should he come off the bench this evening, he will make his 100th appearance for Liverpool as a substitute. 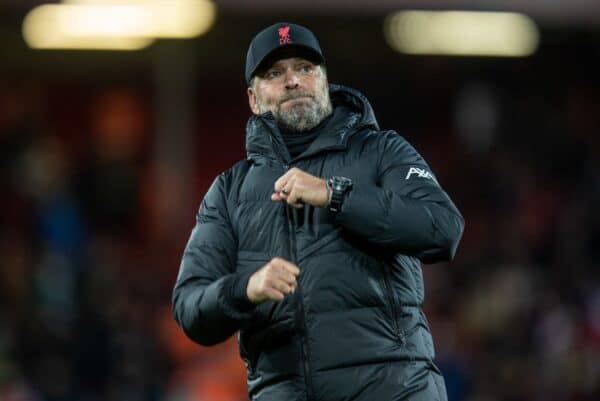 Jurgen Klopp has lost one of 13 Merseyside derbies and his team are two goals short of recording 500 league goals under his management. This game will be match number 234.

Liverpool have lost four games out of 46 played under Klopp during the month of December in all competitions, winning 70 percent.

Half of those defeats came in his first five December fixtures, and they have lost only one of the last 38 games played during this month (29 wins, 8 draws) – and that was the League Cup ‘youth team’ defeat at Aston Villa in 2019. 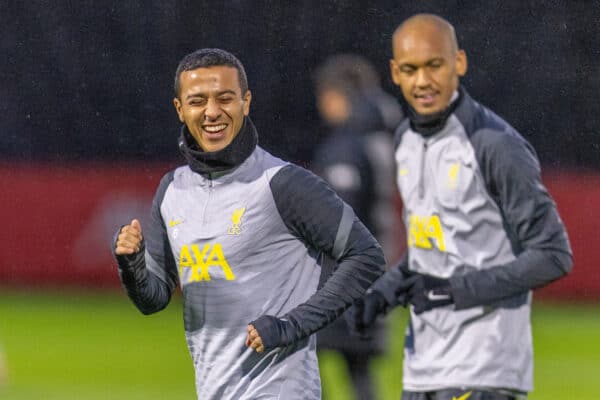 Fabinho and Thiago started together for the first time in Liverpool’s midfield in the 2-2 draw at Goodison last season.

Since then they have done so 12 times in all competitions, the Reds winning them all, keeping 10 clean sheets in the process.

Have scored in 27 consecutive games in all competitions since failing to score against Real Madrid at Anfield in April 2021. Only three times in history have they gone on a longer run, the last being 28 matches under Brendan Rodgers in 2014.

The Reds last won three successive league games by a 4-0 scoreline between September – October 1987 when they defeated Derby, Portsmouth and QPR, all at Anfield.

Rafa Benitez is yet to beat Liverpool in domestic competition – drawing three and losing three (all in the Premier League).

His two wins in eight meetings in all competitions came in the Champions League with Valencia on the first two occasions he faced the Reds.

No win in seven games (two draws, five defeats) since beating Norwich 2-0 at Goodison at the end of September – their longest run without a top-flight win since April 2016 under Roberto Martinez.

As a result, they have taken two points from the last 21 on offer.

Should Everton be beaten in this game, it would be their 10th home loss of 2021 and would equal an unwanted club record for most defeats in a calendar year previously set in 1929, 1958 and 1993.

They have not won at Goodison in the last three league games, taking three points from the last possible nine.