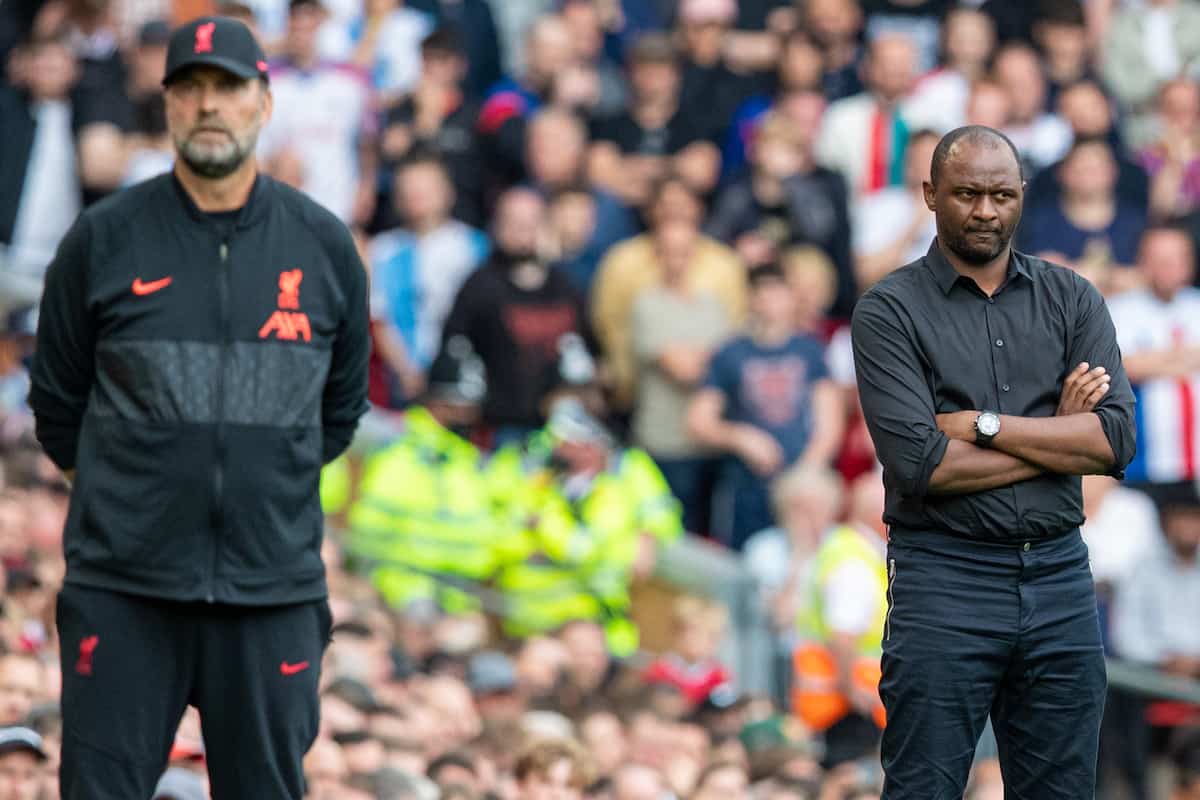 The Reds will again be without their two main attackers, who are away competing at the Africa Cup of Nations in Cameroon.

It will no doubt boost Palace, who lost 3-0 to Liverpool in September with the pair on target and both hit doubles against the south London outfit last season too.

Jurgen Klopp’s side have coped well without Salah and Mane, winning three of the four games they have missed to progress in two cup competitions and move up to second in the Premier League.

Vieira said: “Liverpool is a team. It is not just about those two players they are missing.

“Obviously with those two players they are stronger but there are still a couple of players who are playing well with fantastic talents, so the best way to describe this team, before talking about individual talents, is to talk about the team – and this is a strong team.”

Diogo Jota stepped up in the absence of Salah and Mane on Thursday to fire Liverpool to a 2-0 win away to Arsenal which booked a spot in the Carabao Cup Final at Wembley next month.

Roberto Firmino is another example of the rich attacking talent at Anfield and the Brazilian has six goals in 12 appearances against Palace.

He missed the clash between the teams earlier in the campaign which ended 3-0 but did hit a double in a 7-0 win for Liverpool in south London last season. 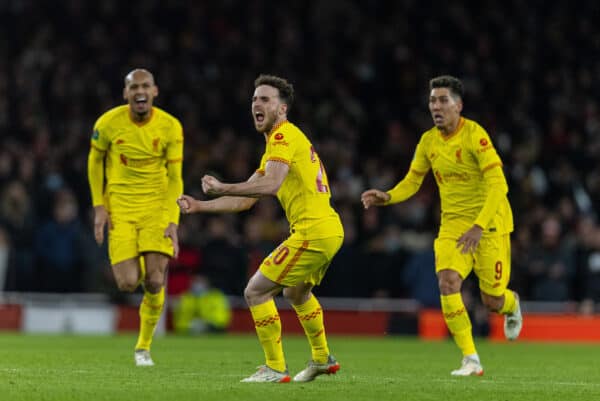 “No, it didn’t feel like a 3-0 but it was,” Vieira, who replaced Roy Hodgson in the summer, added.

“There are positives to take from that game because we created enough chances to score a couple of goals but on the other side we get back home with a loss and after conceding three goals.

“We analyse it and knew there were parts of the game where we needed to improve. I think the team are getting better but we are not there yet.

“Liverpool are one of the greatest teams in Europe. The way they play, they can win, they can lose but you are always going to enjoy the way they play because of the intensity they are putting into the games.

“We are looking forward to playing them. It will be a challenge for us but our record at home has been good and we have to give them the game they expect, a difficult one.”

Vieira has some tricky decisions to make with Jordan Ayew back from the Africa Cup of Nations, but likely to be restricted to a substitute role given the good form of Michael Olise while Jack Butland excelled in the 1-1 draw with Brighton after he stepped in for first-choice goalkeeper Vicente Guaita.

“This is what I want for the players. For them to compete for the position and when they have that opportunity to play to show how good they are for the good of the team,” the Palace manager said.

“Jordan went away and I think Michael did really well for us so he has to keep challenging for the starting XI.

“It is the same for Jack. I want Jack to push Vicente and challenge him. I think that will raise the demand, strength and quality of the team.”