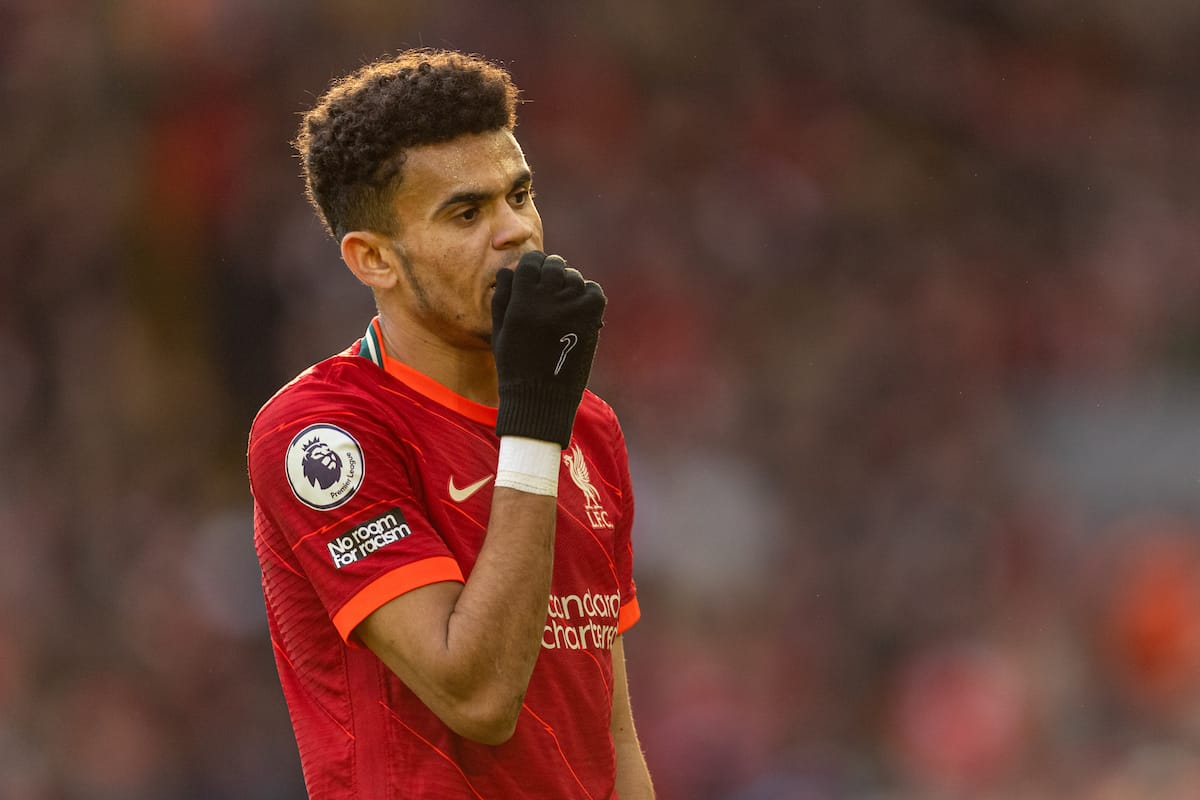 An Argentinian commentator famed for his on-air player chants has caught the attention of Liverpool fans with his latest catchy rendition for Luis Diaz.

The 25-year-old opened his Liverpool account on Saturday in what was his fourth appearance for the club following on from his January switch.

He immediately enraptured Reds supporters, his manager and his teammates and the reaction to his goal at the Kop end spoke volumes of the regard in which he is already held.

Adding to that, while Anfield sang his name to the tune of the old Luis Suarez chant – same number of syllables and all that – an Argentinian commentator was busy making up his own to the tune of Ob La Di, Ob La Da:

I suspect we'll be hearing this 'Goooool de Luisi, Fue Luisi' chant – crafted by a Colombian commentator for Luis Diaz – heaps around grounds domestically and on the continent going forward pic.twitter.com/mteNOkFWha

The commentator in question is said to be Juan ‘Bambino’ Pons of ESPN, who is widely known for vibing out to his own player chants throughout the years.

Martin Tyler and Sky could never…

It’s a great chant for Liverpool’s No. 23, so how long will it take to catch on?