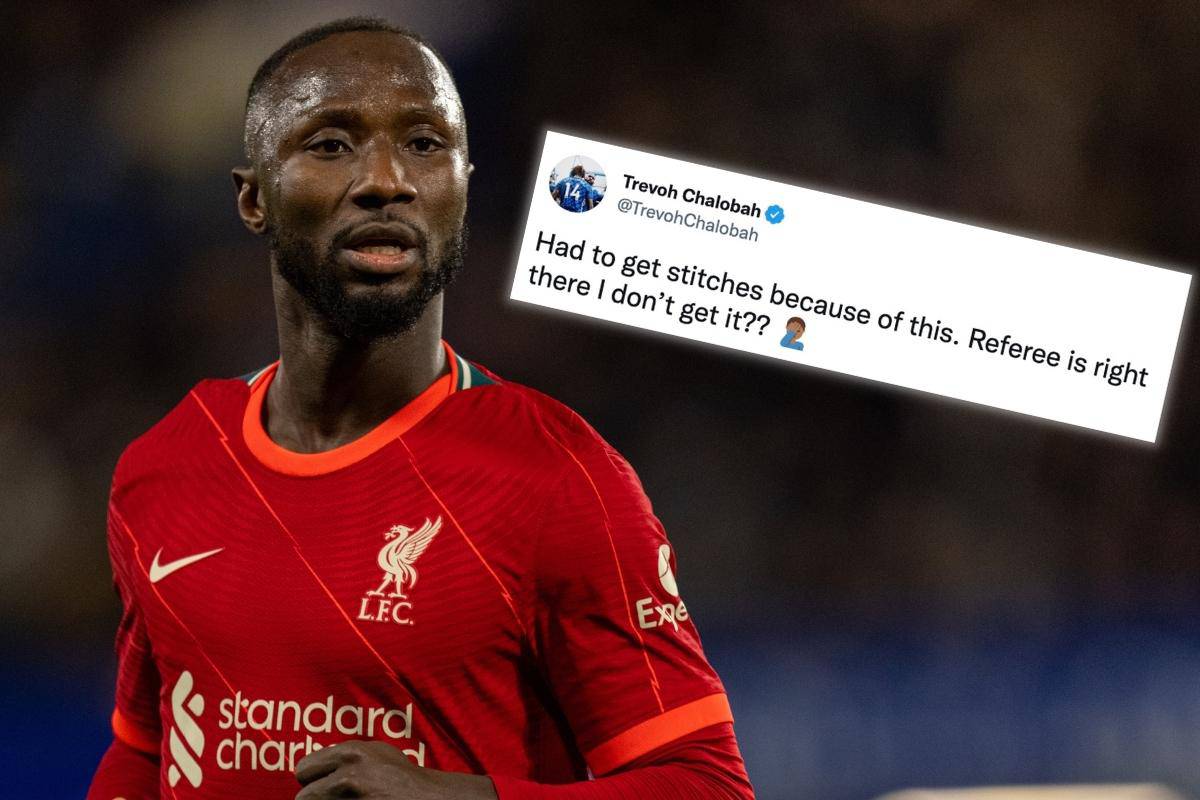 Keita was a late addition to the Liverpool starting lineup following a hamstring injury to Thiago, and swiftly adjusted to the tempo of the tie.

The Guinean was one of the more impressive performers in the opening exchanges, as the two sides battled for a dominance that shifted hands on a number of occasions.

However, Keita could well have been fortunate to not receive a red card after a high challenge on Chalobah landed in a delicate area.

Chalobah, himself a late inclusion due to Andreas Christensen’s absence, came off worse from the 50-50, but referee Stuart Attwell – who was eager to let the game play whenever possible – eventually waved away the incident.

That has led to debate after Liverpool’s victory in a penalty shootout, and Chalobah himself has waded in with a post on Twitter:

Responding to the opinions of the Sky Sports panel on the situation, Chalobah wrote: “Had to get stitches because of this. Referee is right there I don’t get it?”

Upon repeat views, it is clear that the Chelsea defender got the ball and Keita was very late and collided with his studs on his opponent’s thigh – at best!

Chalobah was able to play on for the full two hours, and netted his penalty in the shootout, but seemingly required treatment after the game to avoid any longer-term damage.

Keita, meanwhile, was substituted after 80 minutes, as part of a triple change that saw James Milner, Harvey Elliott and Diogo Jota come on for him, Jordan Henderson and Sadio Mane.