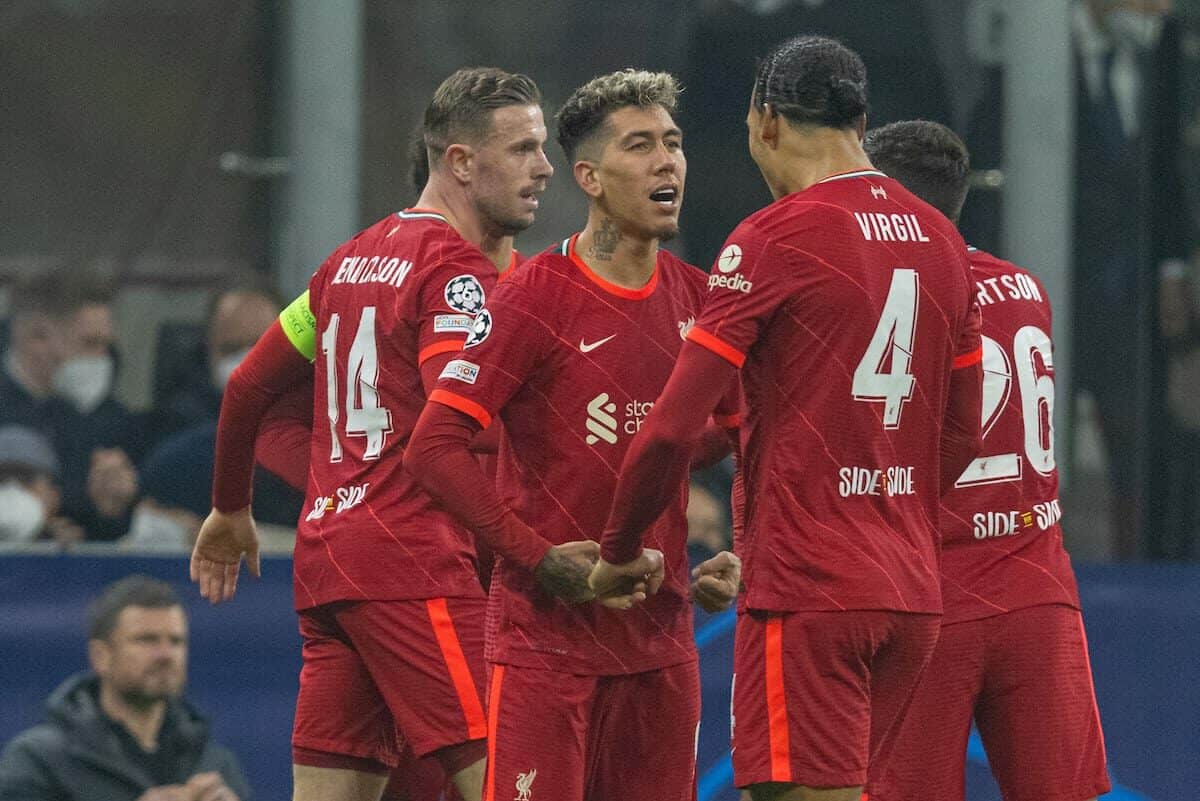 Liverpool didn’t have it easy, but ultimately came away with the perfect European away win, 2-0 at the San Siro thanks to goals from Roberto Firmino and Mo Salah.

There was somewhat of a surprise when the teams were announced, with Harvey Elliott making his Champions League debut against the Italian champions in the iconic San Siro Stadium.

The Reds’ first big chance fell for Sadio Mane in the 14th minute, with Sadio Mane having a completely free header from an Andy Robertson free-kick; he headed over but should really have hit the target.

Inter immediately went down the other end and Calhanoglu rifled a shot against the bar from close range on the angle. A let off.

Mane attempted his second overhead kick of the game, this time hitting the side netting, with the No.10 heavily involved early on.

Both teams had chances, but neither side had broken the deadlock by half time. The ref ensured that by blowing for the break just as Salah was unleashed behind the Inter defence. 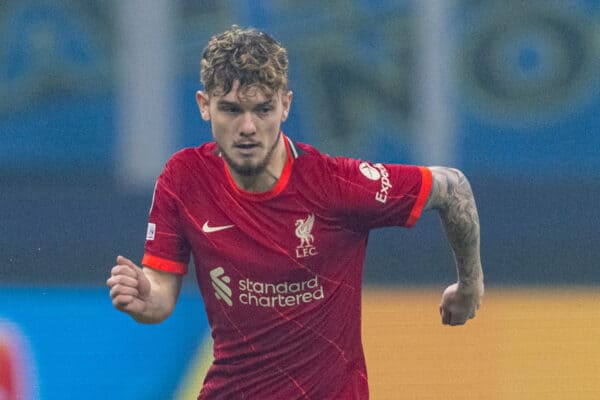 Roberto Firmino was introduced at the break, replacing Diogo Jota.

Inter started the second half the better side and should’ve been ahead early on when they opened Liverpool up on the counter but Perisic’s cross just evaded Martinez inside the six-yard box.

Klopp made a triple sub to stem the tide on the hour, bringing on Luis Diaz, Jordan Henderson and Naby Keita. Off went Elliott, Mane and Fabinho – the latter much to everyone’s surprise.

Diaz made an immediate impact and he almost found the opener when receiving a ball from Alexander-Arnold in a lovely move, but his shot was blocked.

The breakthrough arrived with 15 minutes remaining when Firmino glanced a perfect header off Robertson’s corner into the far corner. 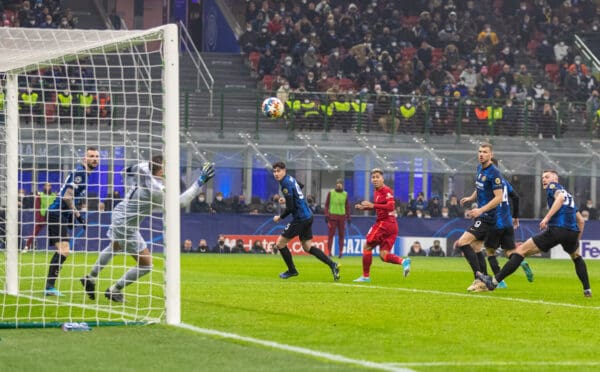 Inter seemed to run out of legs and Liverpool’s subs had made the difference.

The lead was doubled with seven minutes to play when Salah fired home inside the box from Van Dijk’s knockdown off a free-kick.

It wasn’t an easy night, but it was never going to be against the best team in Italy. But Klopp’s subs worked to perfection, with Diaz hugely influential and, of course, Firmino scoring the opener.

The Reds return to Merseyside next for two home games against Norwich and Leeds. The return leg is at Anfield on March 8.