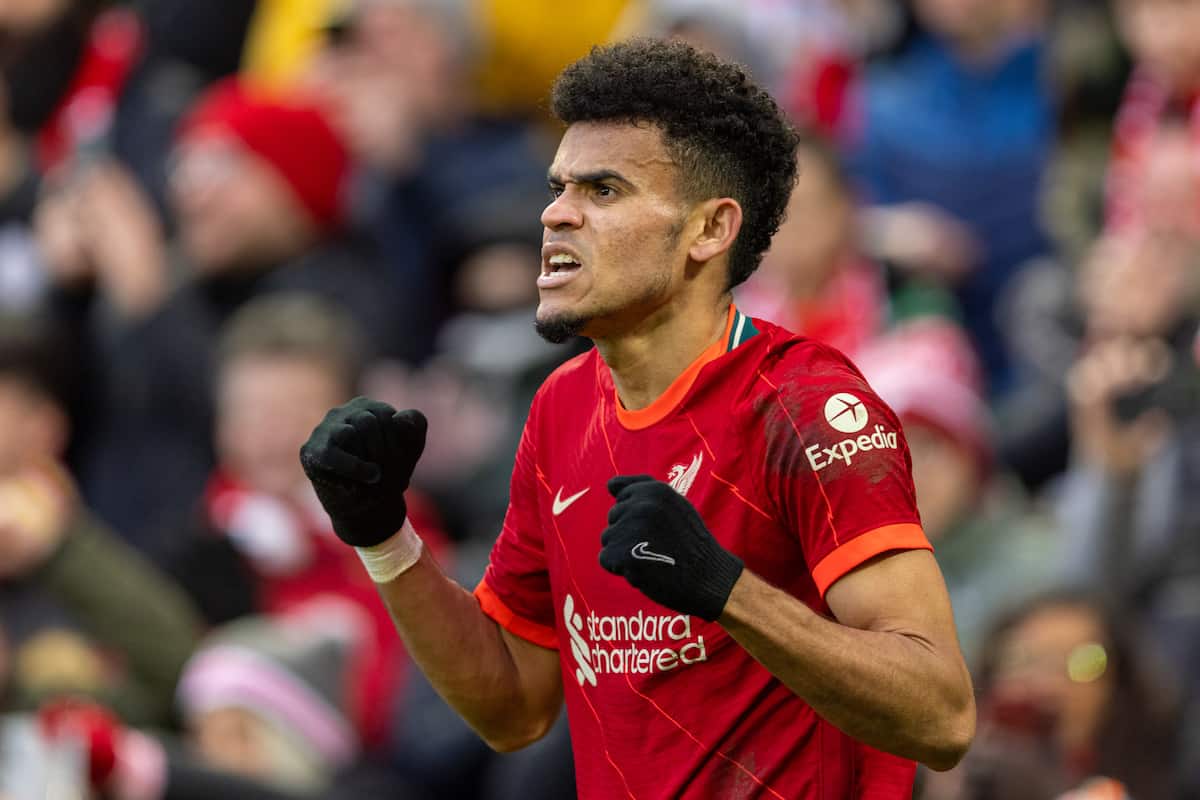 Luis Diaz has made quite the impression in his five weeks as a Liverpool player, with Fabinho acknowledging the sentiment that it looks like he’s been at Anfield “a long time”.

The 25-year-old has experienced a seamless transition from Porto to Jurgen Klopp‘s Liverpool, thrown into the deep end without delay following his deadline day move and going on to thrive.

With eight games to his name, a goal and for all intents and purposes an assist, not to mention a piece of silverware to boot, it’s been nothing short of an ideal start to his Reds career.

Diaz has featured in all four competitions for Liverpool and having shared the pitch with him on four occasions, Fabinho has been left impressed by everything he has seen.

“Really impressive. He has been here one month, and playing on a really high level,” Fabinho told reporters on Monday.

“[He] was really important in the final against Chelsea, he was one of the best players.

“The final maybe only his third game [sixth], really impressive. He’s really good; it’s not always easy to play at a high level when you change country and league.

“He looks like he was playing here a long time.”

From his exquisite first touch to his rapid pace and unpredictable movement, Diaz has added a new dynamic to the forward line and has bolstered Liverpool’s options at just the right time.

His admirers come from near and far, with Klopp, Henderson and his new teammates readily singing his praises following his January switch.

That he is only eight games in is a frightening thought for what he can and will go on to achieve with the club as he is only going to get better, as is his connection with his teammates.