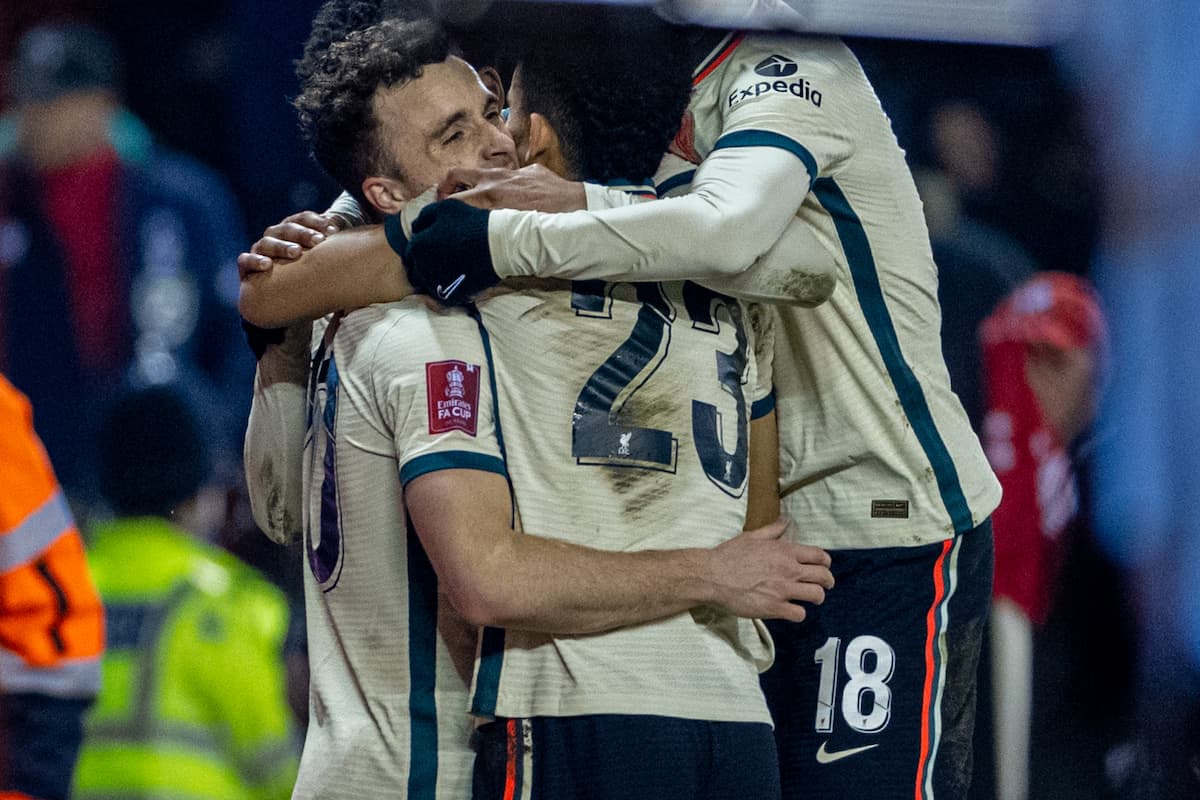 While Trent Alexander-Arnold remains the key creator for Liverpool this season, Diogo Jota is forming an impressive new partnership with a less-prominent figure.

With 77 chances created in the Premier League already, Alexander-Arnold is by far and away the most creative outlet for Jurgen Klopp‘s side.

Mohamed Salah is second with 52, while across the league, only Bruno Fernandes, with 76, comes close.

It is no surprise, then, that when it comes to clear-cut chances, Alexander-Arnold has supplied the most for any one player in the Liverpool side this term – his recipient being Sadio Mane, with nine.

A clear-cut chance is defined as a situation where a player could reasonably be expected to score, such as a one-on-one opportunity or a shot from close range.

Mane’s combination with Salah, for eight clear-cut chances, is second for the Reds, but the third-most productive tandem this campaign may come as a surprise.

According to statistician Andrew Beasley, the route of Kostas Tsimikas to Jota is the source of six clear-cut chances already this season – despite only being on the pitch together for 833 minutes.

That means Tsimikas has teed Jota up for a clear-cut chance every 139 minutes, which is considerably fewer than Alexander-Arnold for Mane (one every 255 minutes) and Mane for Salah (one every 336 minutes).

Their latest linkup came with the left-back’s brilliant right-footed cross at the City Ground on Sunday, allowing Jota to touch in for a 1-0 win over Nottingham Forest.

While Andy Robertson remains first choice in his position, and deservedly so, it is remarkable how much of an impact Tsimikas has made in his second campaign on Merseyside.

According to Greek journalist Giannis Chorianopoulos, speaking to LFC Transfer Room, the 25-year-old is attracting interest from a number of clubs ahead of the summer, but there is “zero chance” he will leave.