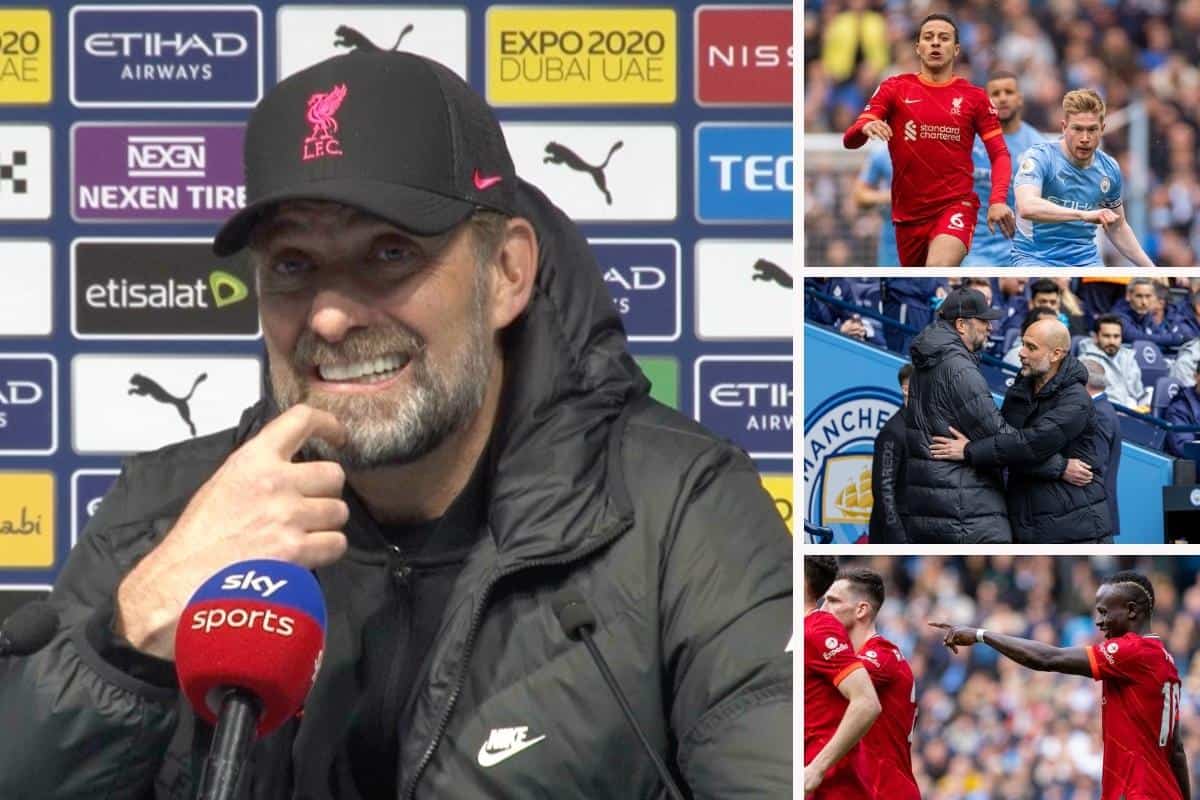 Jurgen Klopp had plenty to reflect on after Liverpool’s 2-2 draw at Man City, and he knows near perfection is still required from the seven games that remain.

Here are four key points from the boss as he spoke to the media following the draw:

The need for near perfection

The margins in this title race are slim and with seven games to go, it remains a game of attrition of who can stand tall the longest – and it is not lost on Klopp.

“We have to be nearly perfect to beat this [City] team, in a game, but over a season as well,” he said.

We shall see indeed, but league action for the Reds does not resume for a further nine days with Champions League and FA Cup action now up next.

What was the half-time message? 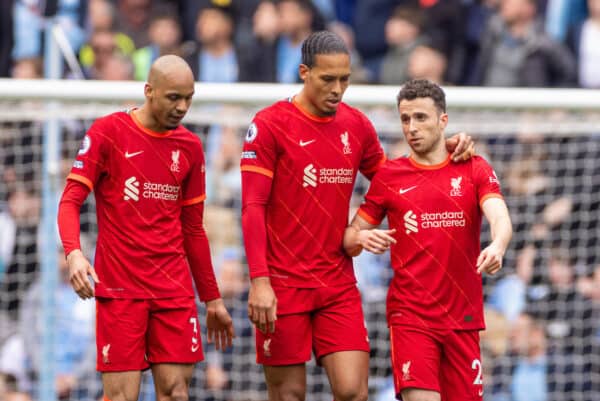 There was plenty of respect for how City played against his side and while the message at half-time was to be brave, Klopp knew if the Reds got in control they could cause trouble.

The trouble was consistently fighting for that control back.

“I was not unhappy [with the first half], but I knew we could improve. I know how intense it is, the concentration levels in these games is incredible,” Klopp explained.

“Two heavyweights, the moment you put your arms down you get a knock to your face and then you have to get up again and try to get control again.

“What we said at halftime, what we said before the game already, was the way we had to defend was we had to be braver, we didn’t have the pressure on the ball.”

A little bit of luck 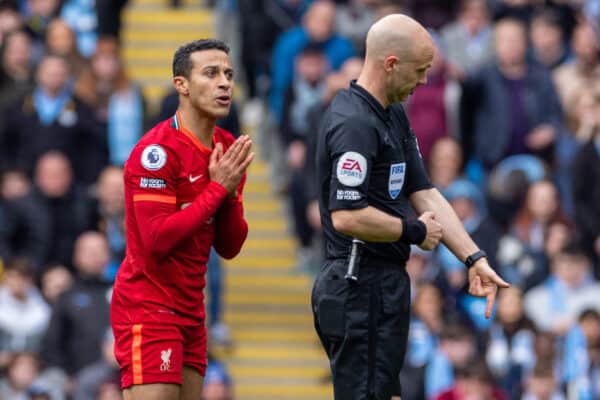 The theme of perfection continued throughout Klopp’s meeting with the press but he also added that luck plays its part, referencing the millimetres that denied the Reds a goal at the Etihad a few years ago.

“In January we knew it, we had to win 18 games and with just one we can draw, it was today. We now have two massive games, Benfica on Wednesday and City on Saturday.

“And then it really starts, we have to be ready for our derbies.

“We are where we want to be, we are close to an incredible side and my boys showed we are really good as well.

“If you don’t have luck in life, you are screwed.

“We don’t need luck with ref decisions but at least the right decisions, we can’t influence but we have to be as close to perfection as somehow possible.” 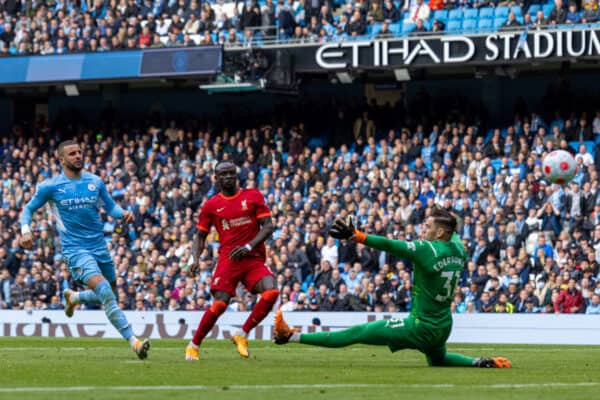 It was a breathless 90 minutes and it can be hard to see nerves and the desire for the result take a back seat but Klopp can enjoy the moments in games such as these, from both teams – he’s a lover of football after all.

“I really respect a lot of what they’re doing, even I can enjoy something like that – especially when they don’t score but when I see the pass and the run, I think ‘wow’.

“For me it’s important, could we have done something differently in that moment or not? The information I have to give my players better be spot-on otherwise the players will say ‘what are you talking about?’

“I can enjoy moments but it’s not the general mood, it’s work.”