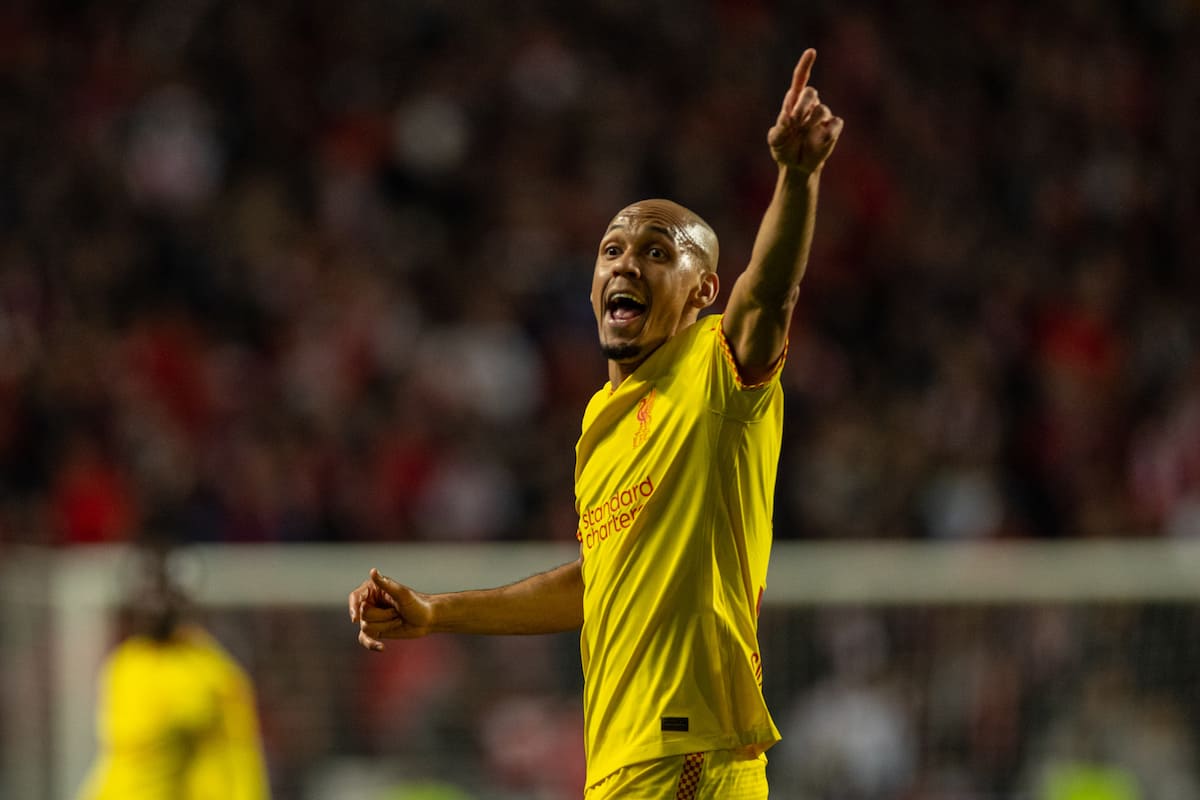 Jurgen Klopp has allayed concerns over a head injury that would rule Fabinho out of Liverpool’s trip to Man City, claiming the midfielder is “completely fine.”

Fabinho returned to the starting lineup as the Reds headed to Benfica on Tuesday night, playing the full 90 minutes and stoppage time in Lisbon.

The Brazilian was in excellent form throughout the 3-1 win, but as the closing stages neared, he suffered a clash of heads with Nicolas Otamendi that forced him off the field.

He later re-entered the pitch to finish off the game, but there remained fears he could have sustained a concussion that would sideline him for the weekend.

But speaking in his post-match press conference, Klopp revealed that Fabinho had taken a cut to his head and that he believed he would be “completely fine.”

“It’s a cut. He’s fine. That’s how it looks,” he told reporters at the Estadio da Luz.

“He had a cut in the back of his head and obviously he has no hair to hold the blood back, that’s why they needed a bit of time.

“But he should be completely fine.”

That is hugely positive news given Fabinho‘s importance to the side and the significance of Liverpool’s upcoming trip to Manchester, as the title may ride on their result against City.

The No. 3 has even scored four goals in his last nine games in the Premier League, though his focus will be more so on snuffing out danger at the base of the midfield and instigating attacks from deep.