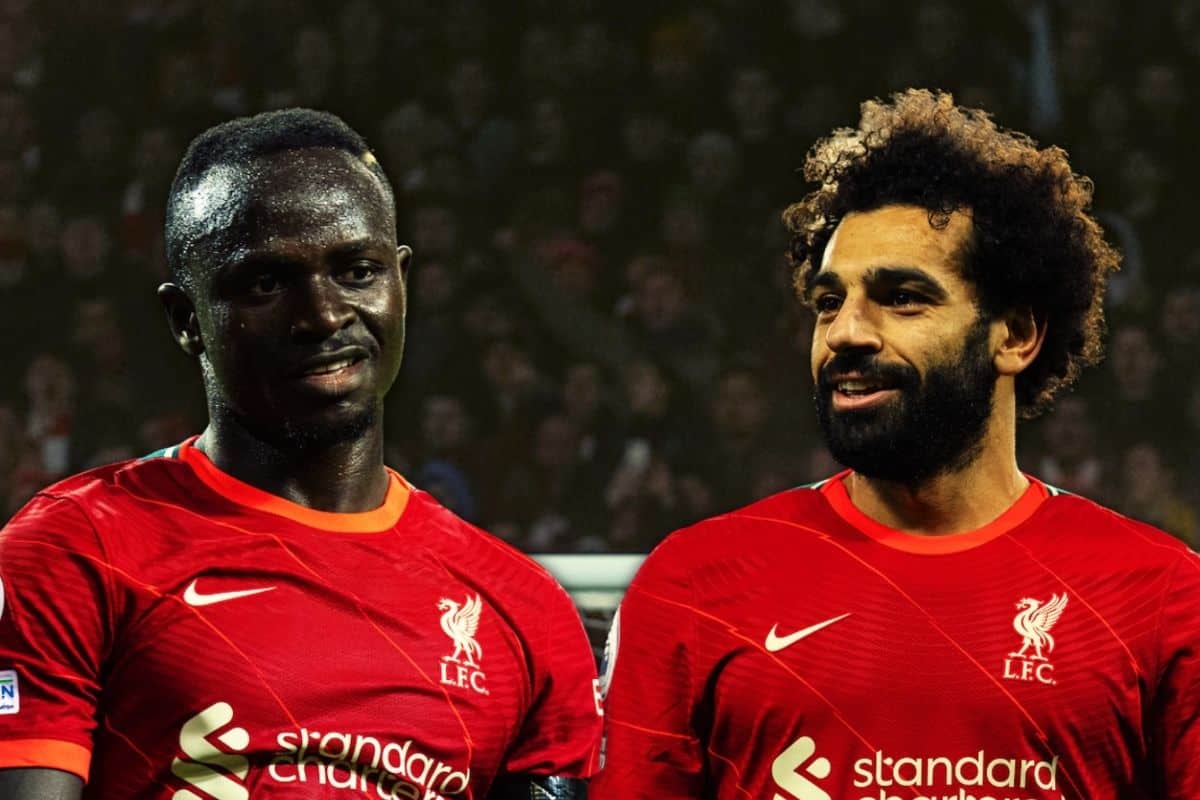 Mohamed Salah is now among the top 20 Premier League goalscorers of all time, while Sadio Mane has matched Ryan Giggs’ tally, following their goals against Man United.

Liverpool trounced their biggest rivals 4-0 on Tuesday night, as dreams of a historic quadruple continue to feel closer to reality for Jurgen Klopp‘s side.

From the moment the game kicked off, the Reds’ vast superiority shone through, with the victory taking them top of the league, for the time being at least.

Luis Diaz opened the scoring early on at Anfield, Salah bagged a well-taken double and Mane also finished clinically in the second half.

Salah had been on a barren run by his remarkable standards in the lead-up to the game, not scoring a goal from open play since February 19, against Norwich.

The Egyptian’s second goal of the night was significant for one key reason, as he went past Romelu Lukaku and into the top 20 of all-time Premier League scorers.

It means his tally now sits at 119 goals in just 188 appearances, 117 of which have come in a Liverpool shirt.

Meanwhile, Mane’s brilliantly-taken goal in front of the Kop saw him draw level with United legend Giggs, seeing him go into 25th place on 109 strikes.

Sadio Mane has now scored as many PL goals as Ryan Giggs, but in 374 fewer games

It is further proof of the greatness of these two undoubted Liverpool superstars, who are among the best attacking players in the club’s history.

It was always going to be a matter of time until Salah found his goalscoring touch again – that’s now 30 goals in 42 appearances for the season – and he is surely the runaway favourite to win the PFA Player of the Year award.

Mane is also playing superbly in his new central strikers’ role, returning to top form and showing Klopp why a new contract is a must this summer.

The Senegalese has overcome a slump of his own to lead the line magnificently, keeping out both Diogo Jota and Roberto Firmino, which speaks volumes.