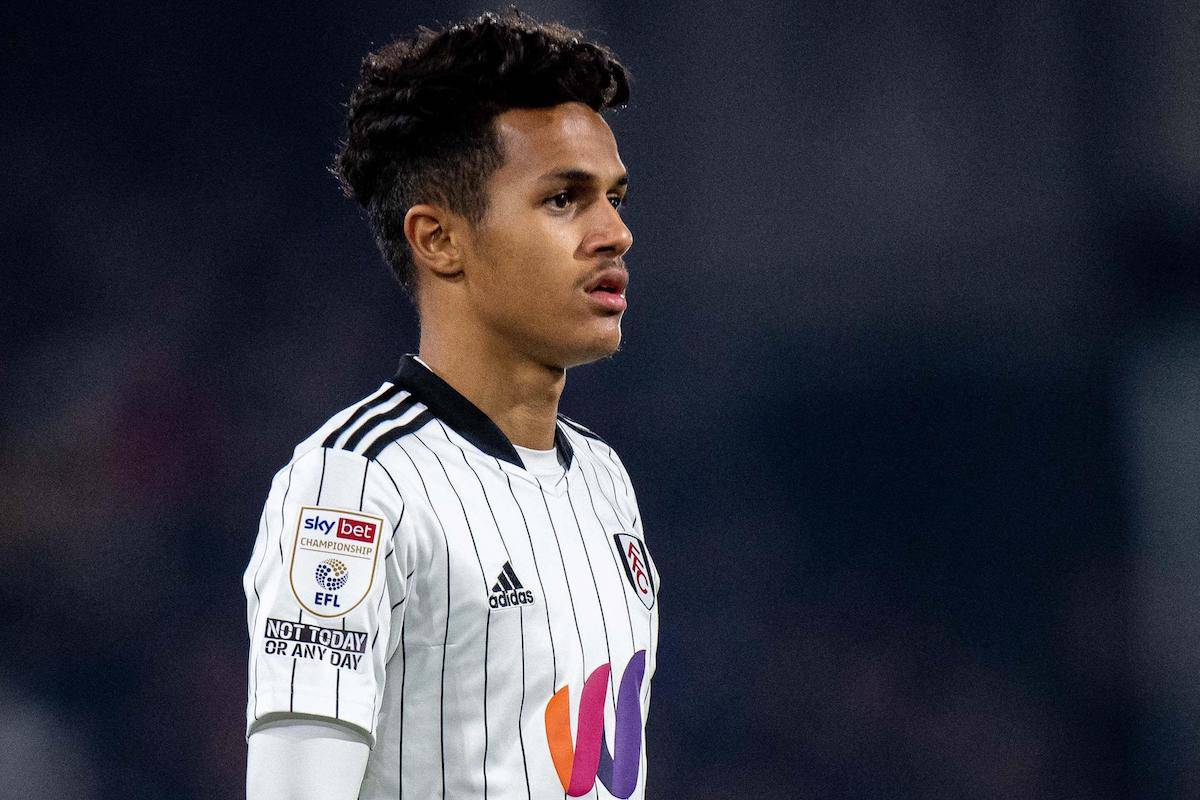 Fulham striker Aleksandar Mitrovic has praised Liverpool-bound midfielder Fabio Carvalho as a young player who “works so hard” and has a “big future ahead.”

Carvalho and Mitrovic were both on the scoresheet as Fulham sealed a 7-0 victory over Luton on Monday evening, which served as an emphatic title-clincher.

The two team-mates were then part of a lively trophy lift at Craven Cottage, along with Harry Wilson and Liverpool loanee Neco Williams.

And speaking to Sky Sports after the game, Mitrovic was full of praise for the 19-year-old, who is set to join Liverpool in a deal worth up to £7.7 million this summer.

“What can I say? Amazing. To be honest, I cannot find the words to describe him,” the 43-goal Serbian said.

“I know he’s a little bit shy and I’m not going to praise him too much, but he’s an amazing young boy.

“He loves football so much, enjoys every training session, works so hard, puts in a lot of effort off the pitch, he always wants to learn, he’s so calm.

“There’s a big future ahead of him.

“We’ll see what happens, but I hope we play a few more games together. I’ve enjoyed this season playing next to him.”

Mitrovic then turned to Carvalho and told him: “All the best, what can I tell you?”

The pair will no doubt share parting words behind the scenes ahead of the teenager’s summer exit, and Mitrovic’s praise shows that he will miss playing alongside Carvalho.

As the interview continued, Mitrovic’s comment that he “hopes we play a few more games together” was touched upon again, with the reporter asking Carvalho if that meant he was staying at Fulham or the No. 9 was joining him at Liverpool.

They both laughed it off, with the youngster taking a humble approach in reply.

“Like he said, we’ll see what happens. Right now, I’m just trying to enjoy the moment,” he responded.

“I can’t thank these fans enough, they’ve been amazing. We’ll see what happens.”

With one game left to play in the Championship season, Carvalho has scored 10 goals and assisted eight in 35 league appearances for Fulham this term, with no other teenager contributing more than six goals or assists.