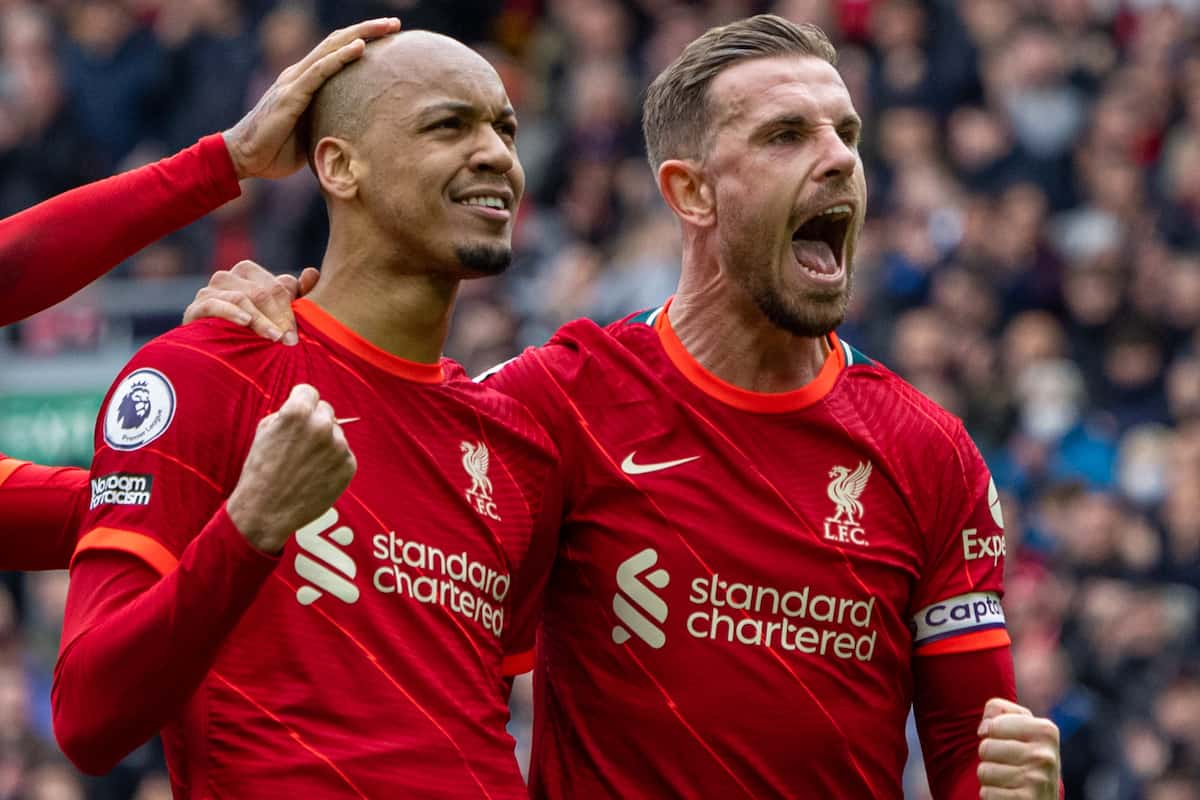 Jordan Henderson believes Fabinho is fully fit and “raring to go” after three games out with a hamstring injury, with the No. 3 back for the Champions League final.

When Fabinho was forced off midway through the 2-1 win at Aston Villa, the fear was that the Brazilian would be ruled out for the rest of the season.

But a positive response has seen him return to training in the buildup to the Champions League final, joining Mohamed Salah, Virgil van Dijk and, hopefully, Thiago in recovering ahead of the meeting with Real Madrid.

It will be a big boost to Liverpool, who still won all three games without Fabinho but went behind to both Southampton and Wolves, with the 28-year-old one of Jurgen Klopp‘s most reliable players.

Henderson had filled in at the base of the midfield in Fabinho‘s absence, but is expected to shift to the right for the final in Paris.

Speaking to This Is Anfield in the buildup to the clash, the Liverpool captain gave a positive update on Fabinho‘s fitness and his performances in training.

“He looks good. He’s been training for the last week or so I think,” Henderson said.

“He’s trained with us today and he looked fine to me, so fingers crossed that he’ll be raring to go after a little break.

“One big game, one last push for the game on Saturday.”

Saturday will be Liverpool’s third Champions League final in the last five seasons, having won one and lost one of the previous two under Klopp.

The defeat came at the hands of Real in 2018, suffering a 3-1 defeat in Kyiv as Salah was forced off with a dislocated shoulder and Loris Karius produced a number of errors after experiencing a concussion.

Both incidents came at the hands of Sergio Ramos, who has since left Real for PSG, with the Spanish club arguably not the same force as they were four years ago.

Liverpool will not underestimate their opponents, though, with Henderson stressing the importance of taking the experience of those two finals as they “give absolutely everything” for a seventh European Cup. 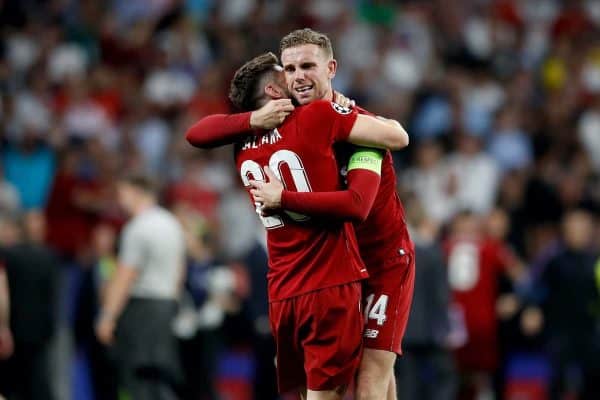 “Hopefully we can take a lot of experience from those games, the players that were involved of course,” he said, having started next to Fabinho in the 2019 triumph over Tottenham.

“[They were] two tough games and I’m sure Saturday will be no different.

“It will be really tough, against a world-class team. But we will prepare as we always do and hopefully be ready Saturday, give absolutely everything.

“Anything can happen in a final.”