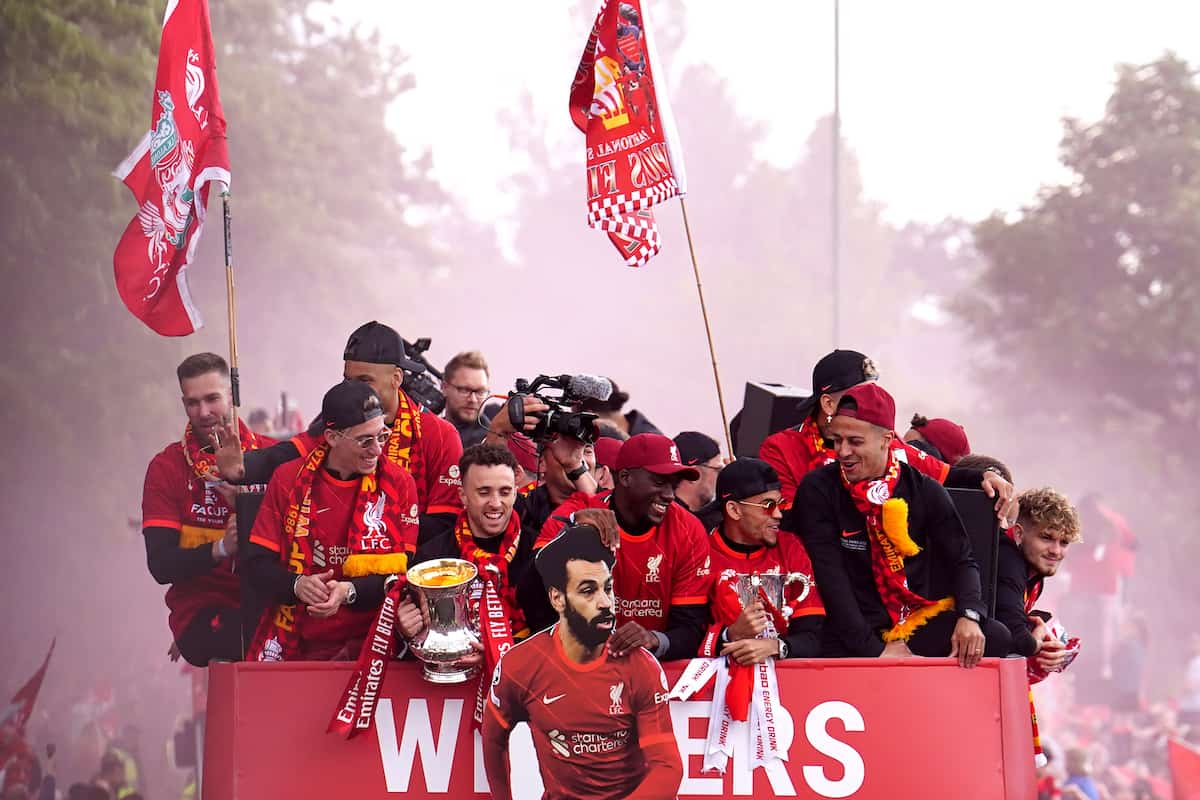 Thiago was left “speechless” from the overwhelming show of support from Liverpool fans during the Reds’ parade, as the “best fans in the world” were shown plenty of love from the squad.

Hundreds of thousands of fans lined the streets of Liverpool to create amazing scenes as supporters celebrated a remarkable season from Jurgen Klopp‘s men.

With two trophies added to the collection, the day proved emotional for more reasons than one and it had the manager proudly declaring:

It was a day that showcased the power of Liverpool Football Club and for a handful of the squad, it was the first time they have experienced such scenes as members of the team.

That included Thiago, who was left “speechless” and with plenty of gratitude as the city was a sea of red at every turn in a show of appreciation for what they gave us this season.

The significance was not lost on Andy Robertson, Trent Alexander-Arnold, Kostas Tsimikas and Virgil van Dijk after initial reservations over how the day would unfold after the heartbreak in Paris.

“You want to win the big final and when you don’t do that you worry about how you’ll be received, what will go on, how many people will show up,” Robertson told LFCTV.

“That was in the back of all our minds, but, my god, what a turnout.”

What a turnout, indeed.

Champion in my city ? ? pic.twitter.com/ocTJRAKQq5

I love my club!

The parade was just what was needed to put the finishing touches on this season, sending the players off into the summer with the promise of more of these days to come.

This is what it means to be part of Liverpool FC.