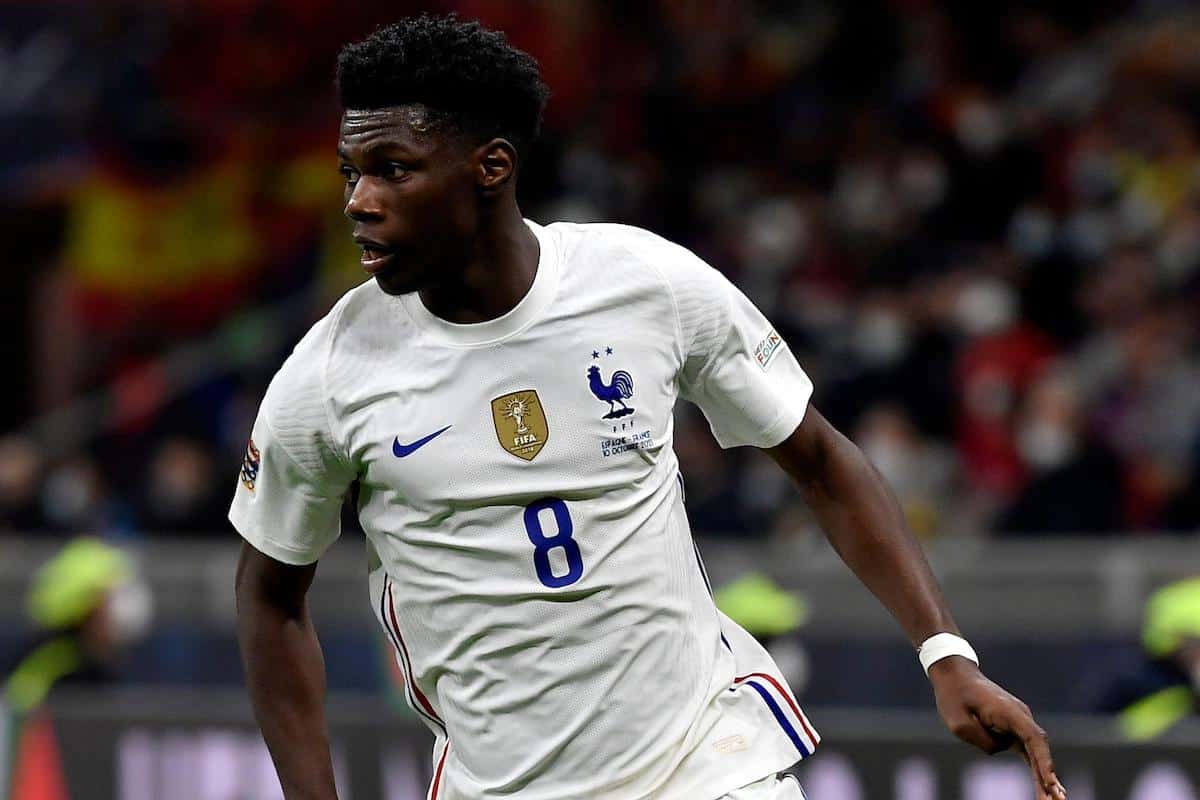 With Liverpool and Real Madrid credited with an interest in Monaco midfielder Aurelien Tchouameni, the Frenchman denies a decision has already been made.

Tchouameni was named as a target for the Reds back in April, following initial reports at the start of the year, though journalists on Merseyside remain doubtful.

Sources including the Times‘ Paul Joyce and the Mail‘s Dominic King have reported on the pursuit, while French outlet RMC Sport claimed prior to the Champions League final that the midfielder had agreed personal terms with both Liverpool and Real.

Over the past fortnight, however, speculation over a switch to Anfield has cooled, with it suggested that Tchouameni had opted for a move to Madrid.

Sources close to the player had informed Liverpool of that decision, according to local journalists, but now the player himself has dismissed that.

“No, not yet,” he told French broadcaster Telefoot, when asked if he had resolved his future.

Telefoot themselves maintain that Tchouameni has decided on Real, despite the 22-year-old protesting otherwise.

“I’m not troubled by [rumours], because it’s a position I’ve always wanted to be in,” he continued.

“As long as I’m followed by the top clubs, that means I’m doing good things.”

Tchouameni is part of the France squad taking in UEFA Nations League clashes with Denmark, Croatia, Austria and Croatia this month, playing the full 90 minutes in Friday’s 2-1 loss to Denmark.

He will be joined by Ibrahima Konate this weekend, with the Liverpool centre-back called up for the first time following an injury to Raphael Varane.

It is unlikely any move can be finalised before the end of post-season internationals, with France in action until June 14, though talks will be taking place with interested parties.

Whether Liverpool remain in the hunt is unclear, particularly as their priorities may have shifted in the light of Sadio Mane‘s desire to leave.

But it can certainly be argued that, with question marks over the futures of James Milner and Alex Oxlade-Chamberlain among others, another top-level midfielder may be required in this summer’s transfer window.