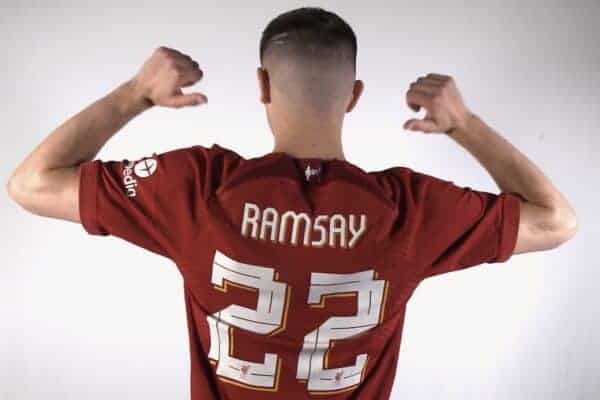 Liverpool have confirmed the signing of Scottish right-back Calvin Ramsay from Aberdeen, with the youngster taking the shirt last worn by Andy Lonergan.

Ramsay has completed his switch to Anfield in a deal worth up to £6.5 million, guaranteeing a club-record fee for Aberdeen.

The 18-year-old is expected to be the final signing of the summer for Liverpool, following the arrivals of Darwin Nunez and Fabio Carvalho, and will serve as understudy to Trent Alexander-Arnold.

Upon the announcement of his arrival, the club have also confirmed that Ramsay will take the No. 22 shirt vacated by veteran goalkeeper Lonergan in 2020.

Lonergan spent a single season with Liverpool during their title-winning campaign, largely serving as another experienced pair of gloves in training, before departing for Stoke.

The No. 22 has been previously worn by the likes of Simon Mignolet, Momo Sissoko, Emiliano Insua, Chris Kirkland, Steve Harkness and Titi Camara in the Premier League era.

Danny Wilson, Tony Warner, Jamie Cassidy and Michael Stensgaard were also registered with the shirt during their quiet spells on Merseyside.

As Mignolet, Kirkland, Lonergan, Warner and Stensgaard prove, the No. 22 has often been a goalkeeper’s shirt for Liverpool, but now Ramsay will be looking to make it synonymous with the right-back role.

Ramsay has signed a five-year contract with the Reds and is expected to join his new team-mates for the first day of pre-season training on July 4.

Ahead of his transfer, Aberdeen manager Jim Goodwin said: “We certainly had high hopes for Calvin and no doubt he’ll go from strength to strength at a very good team in Liverpool.

“When you look at the way Liverpool play, with very attacking-minded and offensive full-backs, another Scottish player there in Andy Robertson going up the left flank, and Trent Alexander on the right-hand side.