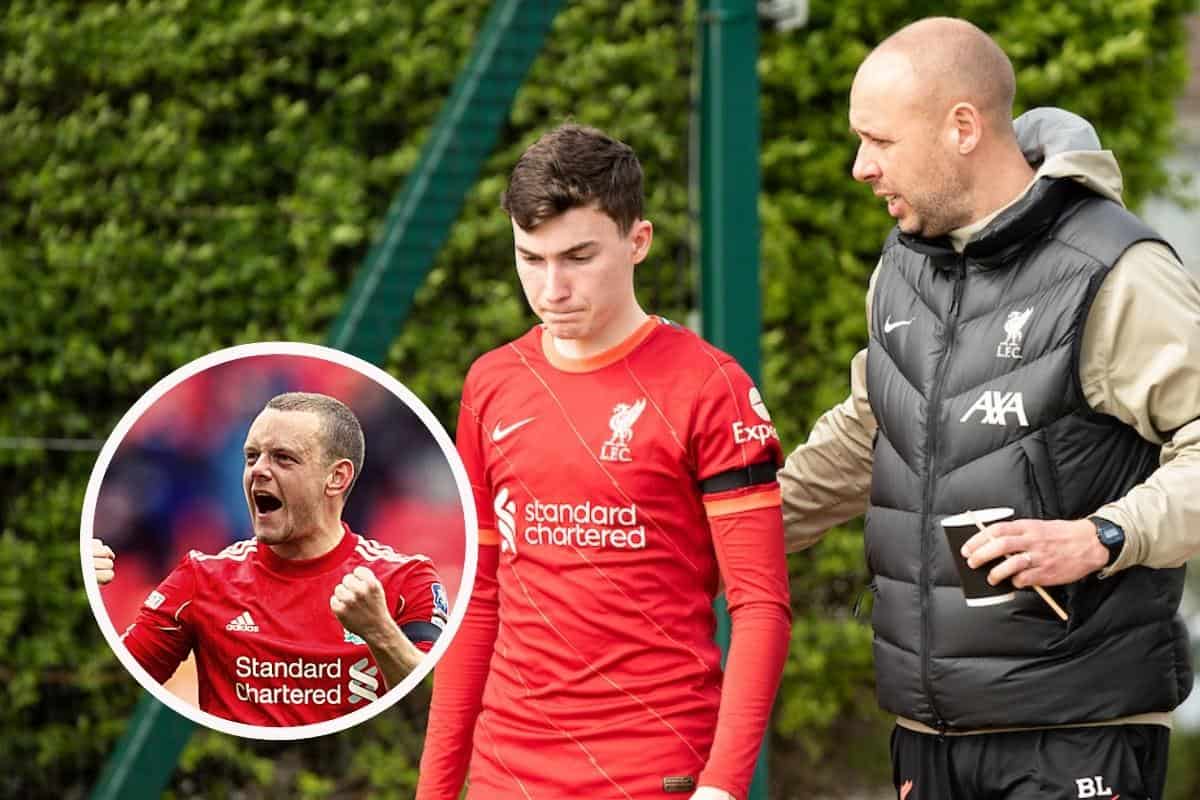 Jay Spearing made an early return to the pitch for Liverpool, the under-21s that is, as he fulfilled another part of his dual player-coach role during a pre-season friendly.

The 33-year-old rejoined his former club in the summer to take up duties as a coach within the academy and to act as an over-age player for the under-21s.

The role is one that is growing in popularity at youth level within English football and Spearing has plenty of experience to pass on to the club’s young prospects.

The veteran midfielder left Liverpool in 2013 after rising through the ranks and making 55 senior appearances, and while much of his role will centre on coaching the under-18s, he was involved in Saturday’s friendly.

Barry Lewtas‘ U21s side met Caernarfon Town at the academy and it saw the likes of Jake Cain, Layton Stewart, Oakley Cannonier and Mateusz Musialowski involved alongside Spearing, who played 45 minutes.

The latter had former Red Daniel Pacheco offering a cheeky response to his involvement in the game, saying on Twitter: “This guy don’t look 21.”

Liverpool took the lead through a left-footed effort from Cain, with the build-up play from Jack Bearne key to the first-half goal – both players are expected to be sent on loan this season.

Goalkeeper Liam Hughes and defender Terence Miles helped keep Caernarfon Town at bay for much of the proceedings, only for a late goal to see the friendly end 1-1.

The roles of the abovementioned players rules out any involvement in Liverpool’s pre-season trip to the Far East this week with Jurgen Klopp‘s side flying out to Thailand late on Saturday.

It will not be the same story for Tyler Morton, Leighton Clarkson, Sepp van den Berg, Rhys Williams and Kaide Gordon, who are all anticipated to be on the plane with the first team.

The U21s have a busy schedule themselves, though, taking on senior opposition in Wigan (July 12) and Kidderminster Harriers (July 22) this summer.