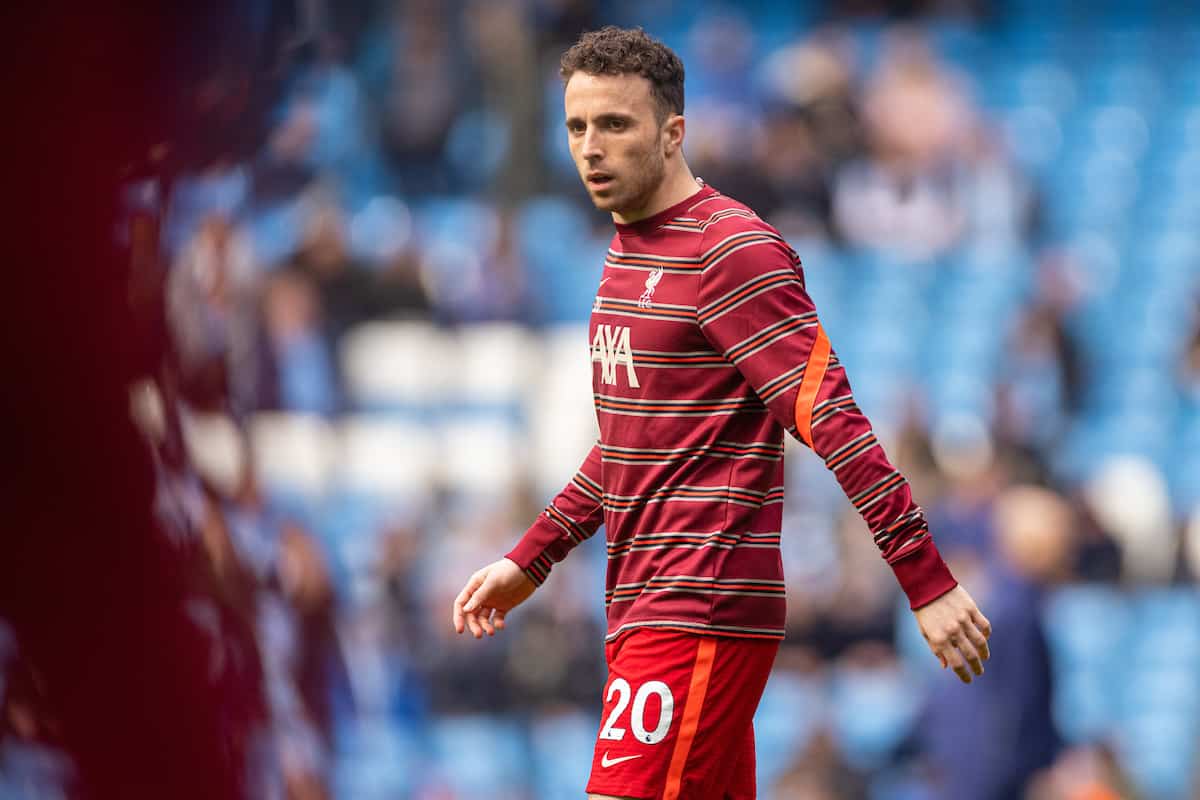 Diogo Jota has suffered a recurrence of the hamstring injury sustained at the end of last season, with Jurgen Klopp describing his striker’s fitness as a “concern.”

After an eventful summer that saw him get engaged to his long-term girlfriend Rute Cardoso, Jota rejoined his team-mates for the Far East tour short of fitness.

The 25-year-old had picked up an injury during Portugal’s post-season games, with a hamstring problem suffered in a 1-0 loss to Switzerland on June 12.

But club staff had hoped he would build rhythm over the weeks to come, with Klopp’s fitness coaches cautious with his introduction to training, along with that of Thiago.

However, while Thiago has taken part in full sessions over the past six days, Jota’s involvement has been minimal, with a flareup of his injury keeping him out of the friendlies against Man United and Crystal Palace.

After missing training on Thursday, the forward underwent a scan in Singapore, with the results confirming that he had suffered another muscle injury.

And speaking to LFCTV ahead of the clash with Palace, Klopp suggested it could be a while before Jota returns.

“Diogo is a concern,” he said. “With Diogo it’s a muscle again.” 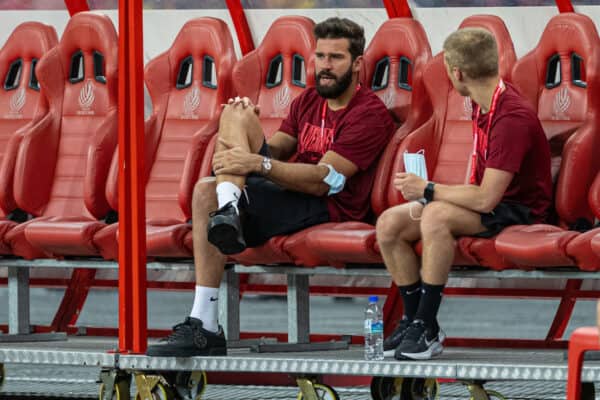 Meanwhile, he said of Alisson: “Ali is not cool as well; it will not be too long but each day Ali is not involved is already too long, to be honest.”

Comparing his assessment of both injuries – with Alisson also sitting out on Thursday and Friday – it is clear that Jota’s problem is more severe.

There could be a chance the No. 20 missing a significant portion of pre-season, which would undoubtedly set him back heading into the new campaign.

After the meeting with Palace in Singapore, Liverpool are still to play RB Leipzig and Red Bull Salzburg during a two-week training camp in Austria, before taking on Man City and Strasbourg on the return to England.