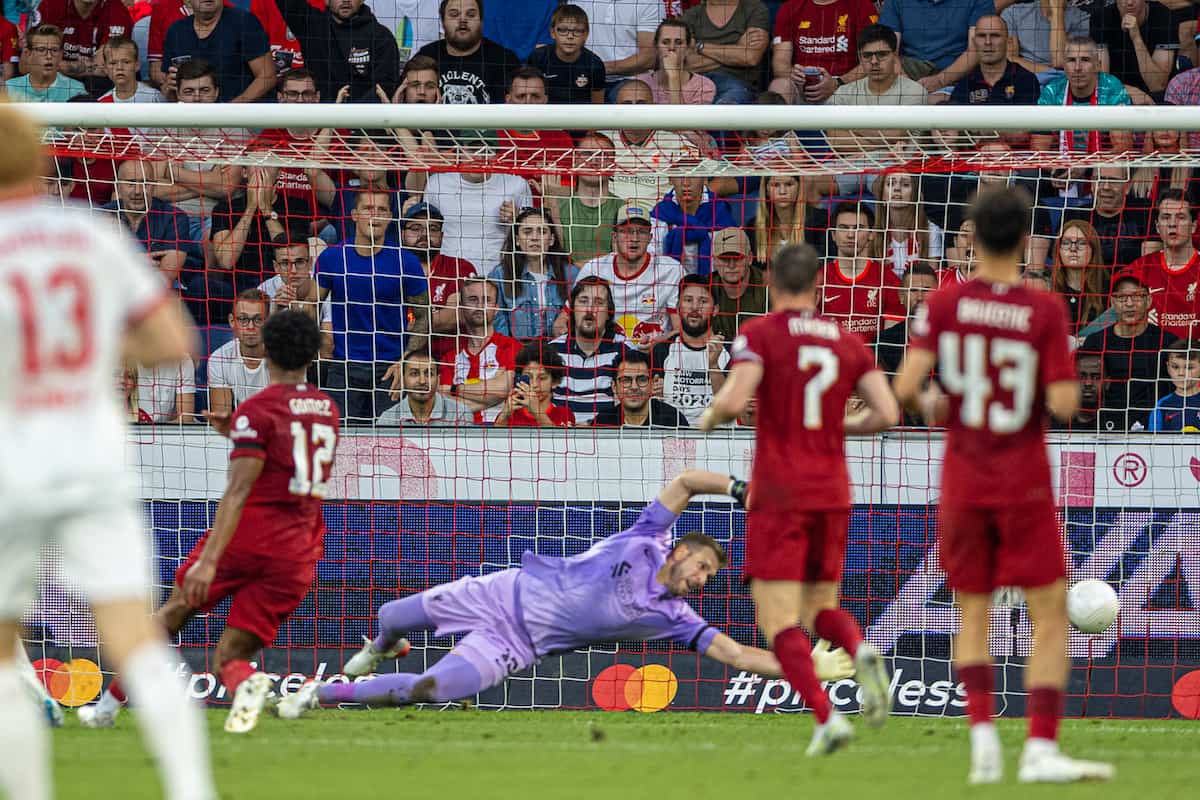 After an intense week of training in the Swiss Alps, Liverpool lost 1-0 to RB Salzburg, whose league season is already underway.

Liverpool’s fourth friendly of pre-season, Jurgen Klopp fielded an XI that gave away his team selection for Saturday’s Community Shield against Man City.

The starting XI was very much the backup 11, although Darwin Nunez will be looking to change that soon. There were starts for teenagers Stefan Bajcetic and Isaac Mabaya – the latter due to a slight knock for Kostas Tsimikas, with James Milner in at left-back instead. 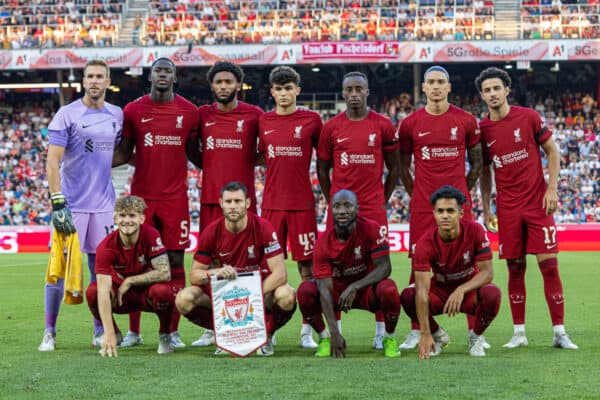 Up against a Salzburg side whose season has already begun, this was certainly more competitive and match-like than some friendlies, with strong challenges early on.

Liverpool had plenty of the ball to begin with, Bajcetic impressing in midfield. A couple of half chances fell for Nunez, then two good ones; the first grazed the top of the bar and the second was blocked.

With the players having done a heavy double session the day before, legs were tested and Salzburg had a huge chance to go ahead but somehow Fernando put the ball wide after Adrian had saved with his legs.

The home side went ahead soon after though with a well-worked goal on the half-hour, Sesko finishing a flowing move after Liverpool’s centre-backs were pulled apart.

The first half XI became sloppy, with some heavy touches, misplaced passes and challenges lost – like they’d done double sessions at altitude the day before.

There were only three changes at half-time, with Tyler Morton, Andy Robertson and Roberto Firmino introduced, but eight more followed on the hour.

The XI for the final half an hour will almost certainly be the one that starts vs. Man City on Saturday, with Alisson in goal if he is fully fit.

Immediately the tempo was higher, with Van Dijk spraying those trademark long diagonals out to Salah, and Diaz running at defenders on the other side. 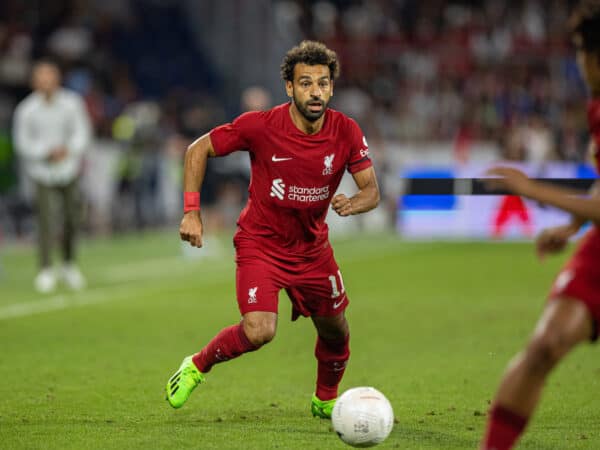 Diaz had the ball in the net late on but he’d strayed offside, while Alexander-Arnold forced a good save with a lethal shot off a well-worked free-kick.

Liverpool didn’t find an equaliser, but it’s not really results that matter at this stage – especially after the last week of training. That will change slightly on Saturday.

The use of the players meant that those who played an hour vs. Leipzig last week played half an hour here, and vice versa. The next step is for players to play 90 minutes in the two games this coming weekend.

The Reds fly back to Merseyside immediately after the match, and will now prepare for the Community Shield.