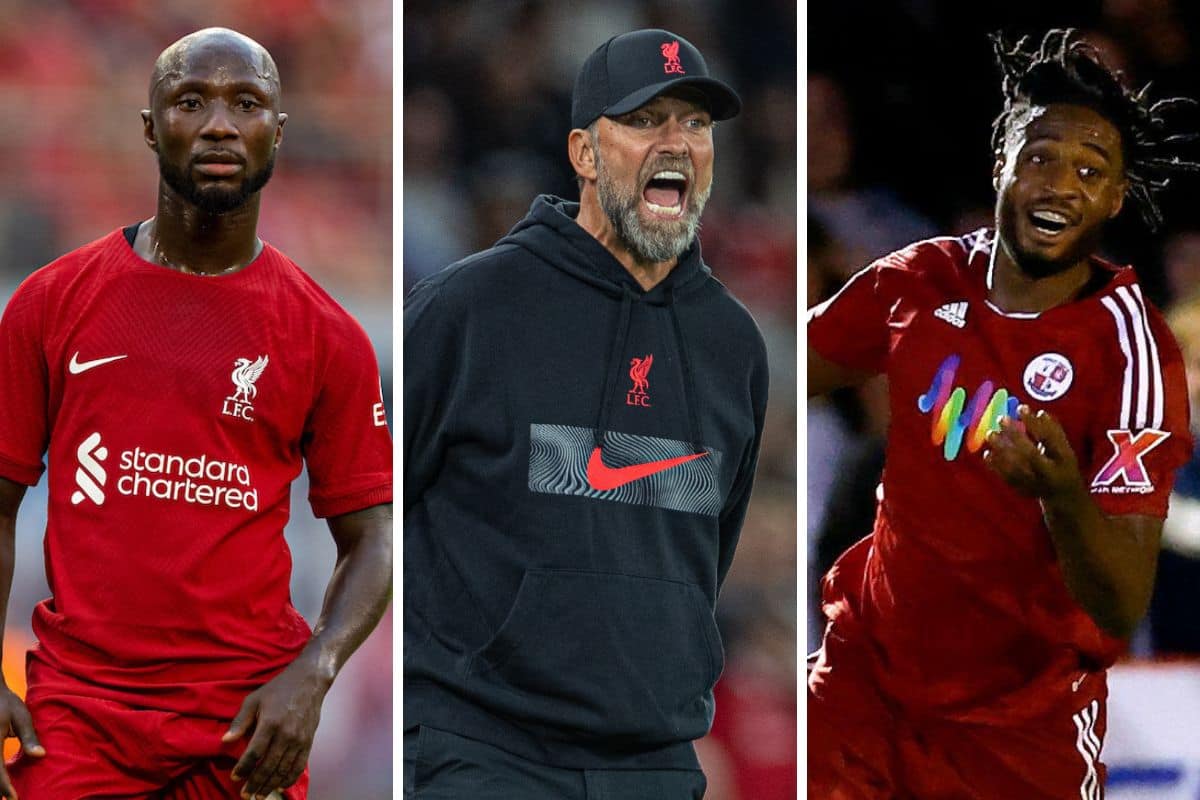 As Liverpool continue to be linked with a host of midfielders heading into the final week of the transfer window, another Bundesliga club has been named as a possible destination for Naby Keita.

The type of midfielder Klopp wants

Jurgen Klopp wants to sign a midfielder, and now we know the profile Liverpool are looking for.

According to the Times‘ Paul Joyce, the Reds are in the market for “a No. 8 who can also play as a No. 6” but adds that the player “has to be someone who is going to play now and also when the cavalry returns.”

Therein lies the problem. Can the Reds find someone that ticks all of those boxes and is affordable? It looks as if they’re trying, at least.

Meanwhile, speculation surrounding the future of Naby Keita continues to rumble on, with the Mirror‘s Dave Maddock claiming Borussia Dortmund have shown an interest in securing his services.

However, Sport BILD‘s Christian Falk has stated, in typical fashion, that those rumours are “not true.” As you can imagine, though, the pleas for Liverpool to include Keita in a swap deal to sign Jude Bellingham are well underway.

The Liverpool midfielder has previously been linked with a return to RB Leipzig by GOAL‘s Neil Jones.

With Keita now set for yet another spell on the sidelines due to injury, it would be surprising to see him leave before the end of the window, but stranger things have happened!

…he was boss ?#LiverpoolFC | #Rovers ??? pic.twitter.com/EZG6xC1XrK

?? If Liverpool ?? target a new midfielder before deadline day, who could they target?

Video and game of the day

More of this on Saturday please, Trent and Mo!

Some matches of significance for Liverpool this evening. In the remaining Champions League qualifiers, Dinamo Zagreb face Bodo/Glimt, PSV Eindhoven host Rangers and Trabsonspor take on FC Copenhagen. Once those matches are completed, we’ll know the 32 teams that will be involved in Thursday’s group stage draw.

Elsewhere, there are four League Cup fixtures to look out for, with Liverpool set to find out their third round opponents later tonight.