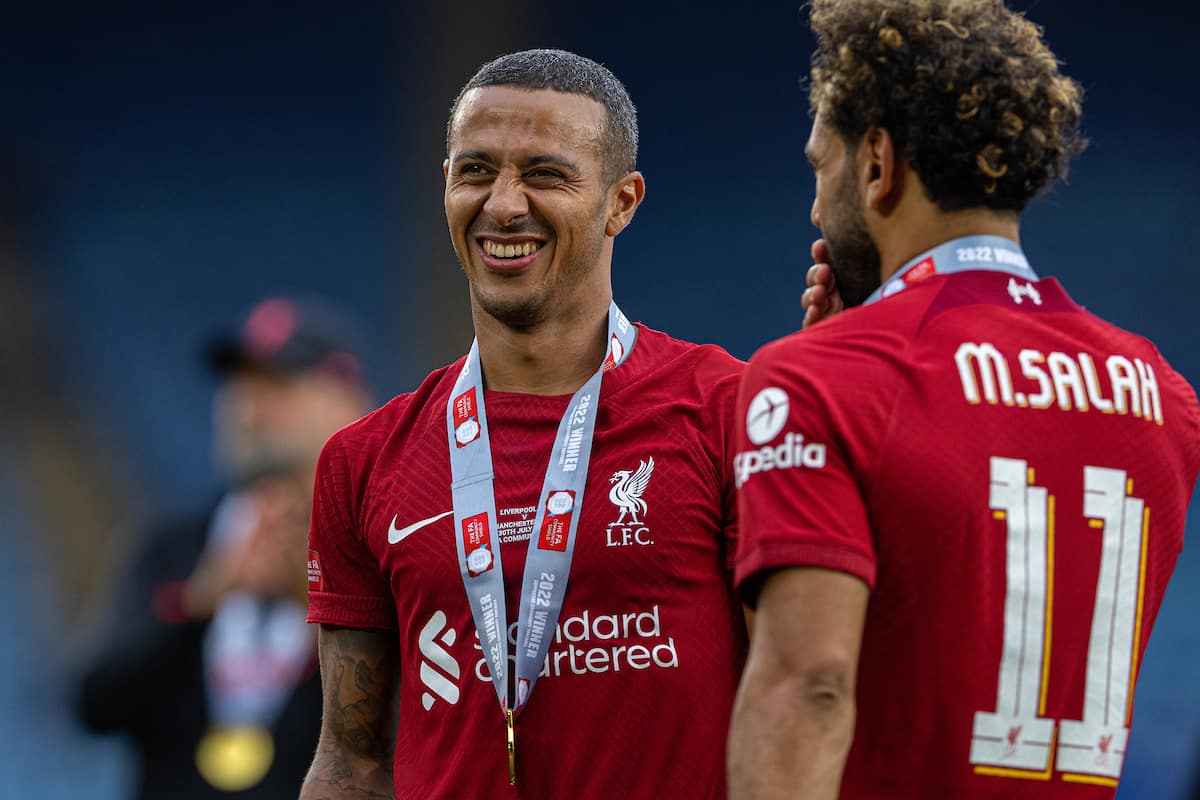 Thiago: “This is my team…my family are already ultra Liverpool fans”

Thiago has embraced Liverpool as warmly as the supporters have embraced him, with the midfielder hailing the players and fans after settling in at Anfield.

For those still unsure of the importance of Thiago to Liverpool, the impact he had in Tuesday’s 2-1 victory over Ajax – his first start since the opening Premier League game at Fulham – hammered it home.

The Spaniard changed the complexion of the Reds’ midfield and allowed them to dominate play over the course of the 90 minutes, though it still took a late header from Joel Matip to seal the win.

Having missed the previous five games, Thiago was one of few players to come away with any credit after coming off the bench in the 4-1 loss to Napoli, and he is now primed to resume his first-choice role.

There is, of course, no suggestion that the 31-year-old will leave any time soon, but it is always warming to hear him express his love for the club and the city.

“It’s my team,” he told TNT Sports after the win on Tuesday.

“It’s not just the players, it’s the fans. My family is here, they are already ultra Liverpool fans.

“So, after all, we end up becoming a family and we try to help each other.” 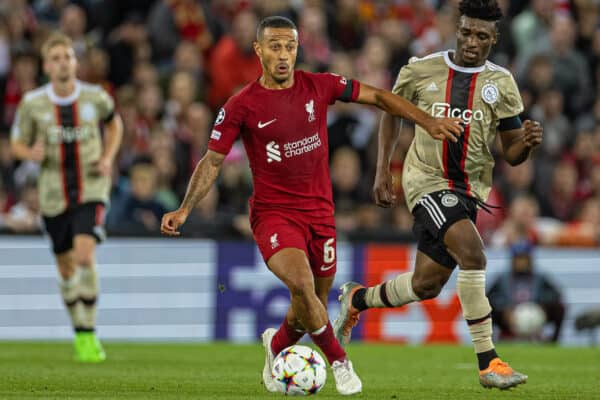 Thiago moved to Merseyside with his wife, Julia Vigas, and their two children upon his £25 million switch from Bayern Munich, and his family are regulars on matchdays at Anfield.

That attachment cannot be understated when it comes to a player’s commitment to a club, with a strong contingent of Spanish and Portuguese-speaking players allowing new signings to adjust comfortably.

Darwin Nunez has experienced this following his £85 million arrival from Benfica, with Thiago working closely with the striker as he gets to grips with a new language.

Similar can be said of Luis Diaz and Fabio Carvalho – albeit the latter is fluent in English having lived in the country since he was 11 – with the pair becoming firm friends with the likes of Fabinho and Roberto Firmino.