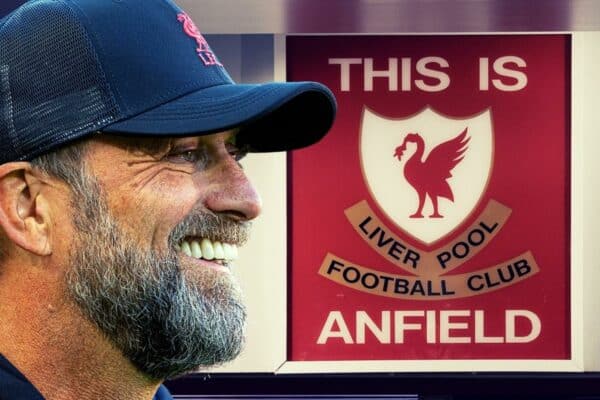 Liverpool have had 21 different managers since the club’s inception in 1892, but only six have reached the seven-year mark, with Jurgen Klopp now etching his name on the list.

“From doubters to believers.”

Klopp became Liverpool manager on October 8, 2015, and has since transformed the club and placed it back on its perch, exactly where it belongs.

With a European Cup, Premier League title, FA Cup, League Cup, Super Cup, Club World Cup and a Community Shield, the German has lifted every piece of silverware available to him.

And, thankfully, he is not going anywhere anytime soon having signed a contract extension to 2026 earlier this year, with the desire to create a dynasty firmly on the agenda.

Klopp now has seven years in the top job under his belt, he is the first since Bob Paisley to achieve the feat only five other Liverpool managers have throughout the club’s 130-year history.

The 55-year-old is currently Liverpool’s sixth longest-serving manager, but he will leapfrog Paisley and Patterson into fourth spot on the list by 2024, and at the end of his current contract, he will have been in the top job for 10 years and eight months.

Irrespective of if that is ever a possibility, Klopp’s name will forever be synonymous with Liverpool and the transformative rollercoaster ride he has embarked on.

Thankfully, we have, at least, four more years of Klopp at the helm to enjoy.