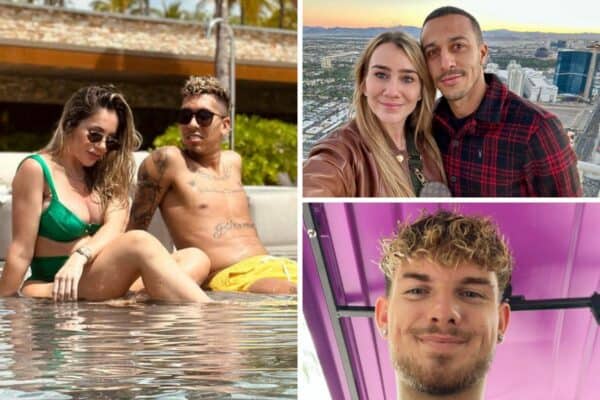 With just seven of Liverpool’s players set to feature at the World Cup, those who won’t be in Qatar have taken the opportunity to jet away for a mid-season holiday.

Trent Alexander-Arnold, Jordan Henderson, Fabinho, Alisson, Virgil van Dijk, Ibrahima Konate and Darwin Nunez are all with their national teams ahead of the start of the World Cup this weekend.

A handful of other Liverpool players whose nations didn’t qualify for the tournament have also been on international duty this week, such as Mohamed Salah and Andy Robertson.

However, those who were not required to represent their countries this month have taken the opportunity to jet away for a holiday before the Reds’ warm weather training camp in Dubai next month.

Roberto Firmino, one of the Liverpool players who would have been most disappointed to miss out on a place at the tournament, has been away in the Maldives with his family this week.

Rumours suggest the Brazilian could be in line for a new Liverpool contract before the end of the season, and with nine goals to his name so far in this campaign, he’s certainly earned his break.

Elsewhere, Thiago, another who was overlooked by his national team coach, has been away in Las Vegas with his wife.

Having managed to stay injury free in the weeks leading up to the tournament, the Spaniard has been in good form for the Reds, and Jurgen Klopp certainly won’t mind him getting an extended break before the second half of the season.

Curtis Jones and Harvey Elliott have also been enjoying some time out, with Jones, whose new long-term contract with the Reds was announced earlier this week, pictured watching an NBA game in the US.

There have been suggestions from some quarters that Elliott could be in contention for a late England call-up should James Maddison withdraw from Gareth Southgate’s World Cup due to injury.

For now, though, the Liverpool midfielder is soaking up the sunshine.

Klopp’s players are due to reconvene at the start of next month, before embarking on a 12-day warm weather training camp in Dubai, where they’re to take on Lyon and AC Milan in the Dubai Super Cup.

And one player has already been in Dubai this week, James Milner taking part in a golf tournament for charity.