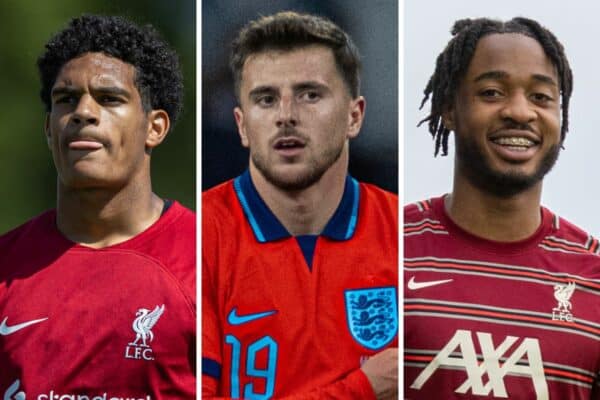 Friday saw Jurgen Klopp speak to the media ahead of Liverpool’s Premier League meeting with Chelsea, with some reports suggesting the Reds are eyeing a summer move for Mason Mount.

With Mason Mount still yet to extend his Chelsea contract, which is currently due to expire in 18 months, Liverpool are again being linked with a move for the England midfielder.

According to the Guardian‘s Jacob Steinberg, Liverpool “are putting plans in place” to make a move for Mount, with Chelsea now “stepping up” their attempts to tie him down to a new deal.

Steinberg says there is now “a growing prospect” of the Reds making a move as part of their anticipated summer midfield revamp.

Chelsea are said to “remain optimistic” that they will eventually convince Mount to stay, with the 24-year-old keen on a substantial increase on his £75,000-a-week wage.

Juventus are also named as potential suitors for the midfielder, and while it would be no surprise if he did appeal to Klopp and his coaching staff, there’s every chance Mount would prefer to stay with his boyhood club.

Graham Potter’s side are said to have made a move to sign Moises Caicedo in recent days, having already spent around £190 million this month.

Mount would obviously be a shrewd addition for Liverpool, but with contract talks in progress, and the player hoping for a pay rise, we’d urge you to treat these links with a pinch of salt for the time being!

We are reiterating our strong stance against homophobic, racist and discriminatory chanting, and all forms of abuse and discrimination, ahead of #LIVCHE.

An important message from the club ahead of tomorrow’s game at Anfield.

The Bundesliga resumes after the winter break this evening, with RB Leipzig hosting Bayern Munich.

Have a good weekend, Reds!