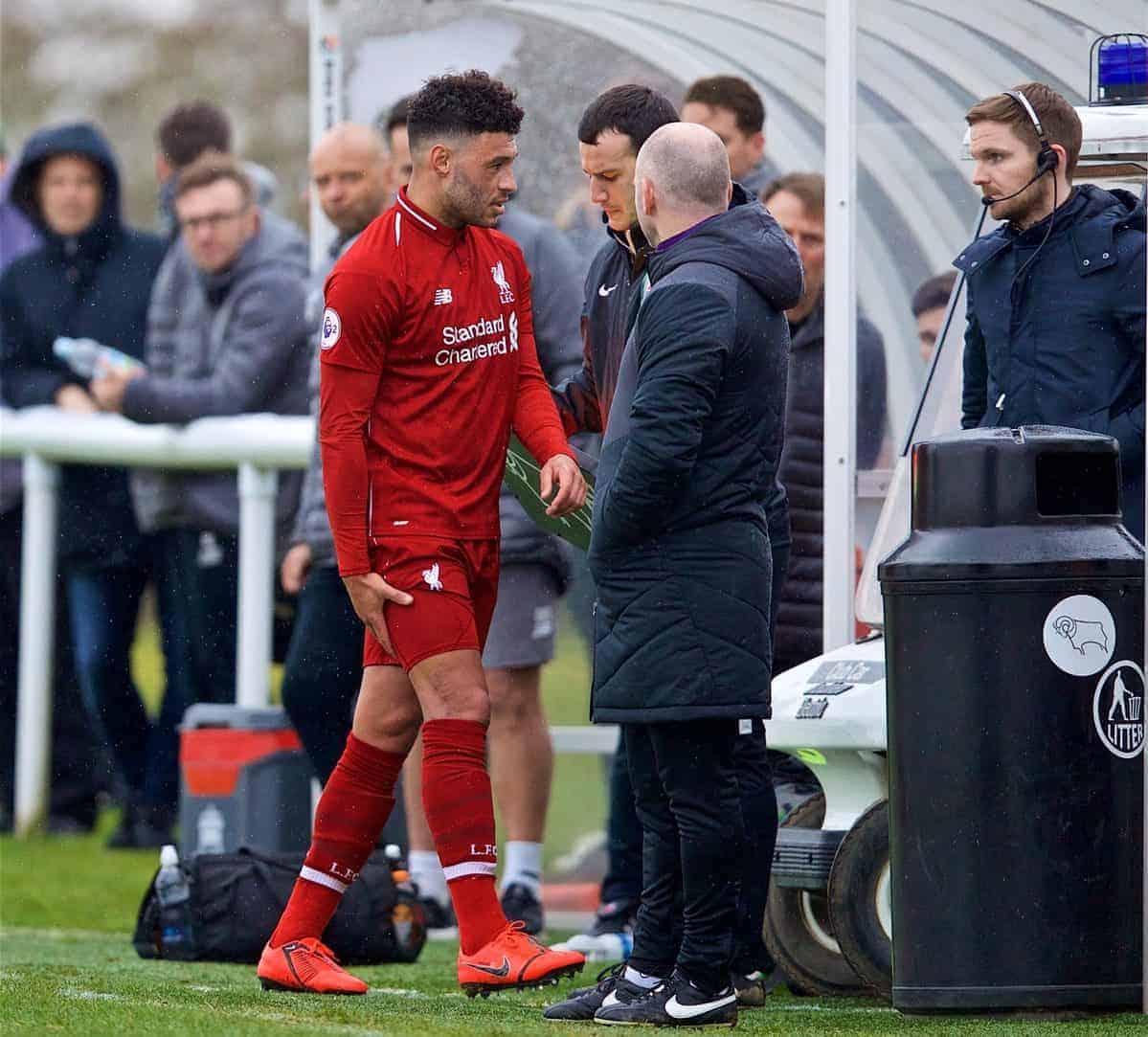 Alex Oxlade-Chamberlain played 40 minutes for the Liverpool Under-23s on his return from a long-term knee injury, having spent 319 days on the sidelines.

Oxlade-Chamberlain was pictured holding his hamstring as he exited the field at Derby’s Moor Farm, but the substitution was precautionary.

The midfielder was replaced by Isaac Christie-Davies shortly before half-time, but supporters’ fears over a setback should be downplayed as this is all part of his recovery.

Given Oxlade-Chamberlain had not played any competitive football for just under a year prior to Friday, tightness in his legs is to be expected and there is no reason for concern.

Frank Lampard and Harry Wilson were among those present to watch as the 25-year-old produced a comfortable showing in the middle of the park.

U23s manager Neil Critchley made the sensible decision to field him alongside the combative duo of Adam Lewis and Connor Randall as part of a three-man midfield in a 4-3-3, relieving Oxlade-Chamberlain of too much physical pressure. 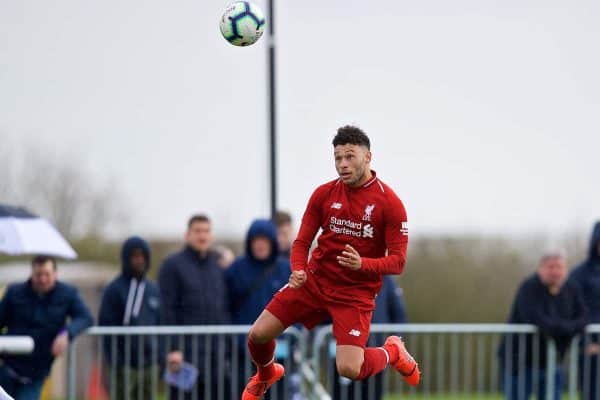 While it was a low-key performance from the England international, he did catch the eye with his passing range, but it will take time to recapture the sharpness seen prior to suffering multiple ligament damage in April.

Curtis Jones scored twice and Rafa Camacho added another in Derby, with Nat Phillips also making his comeback after a long spell out.

Both Phillips and Oxlade-Chamberlain have been training regularly under Jurgen Klopp at Melwood, along with Ben Woodburn, who started up front.

Speaking at his pre-Burnley press conference on Friday morning, Klopp had said how positive it was to have Oxlade back, but reiterated the need “to be sensible and do the right thing in the right moment.”

Oxlade-Chamberlain isn’t expected to be in first-team contention until after the March international break.

Meanwhile, Rhian Brewster is expected to be the next to be brought back into the fold via the U23s, though their next scheduled fixture is not until April 8, when they take on Chelsea at Anfield.