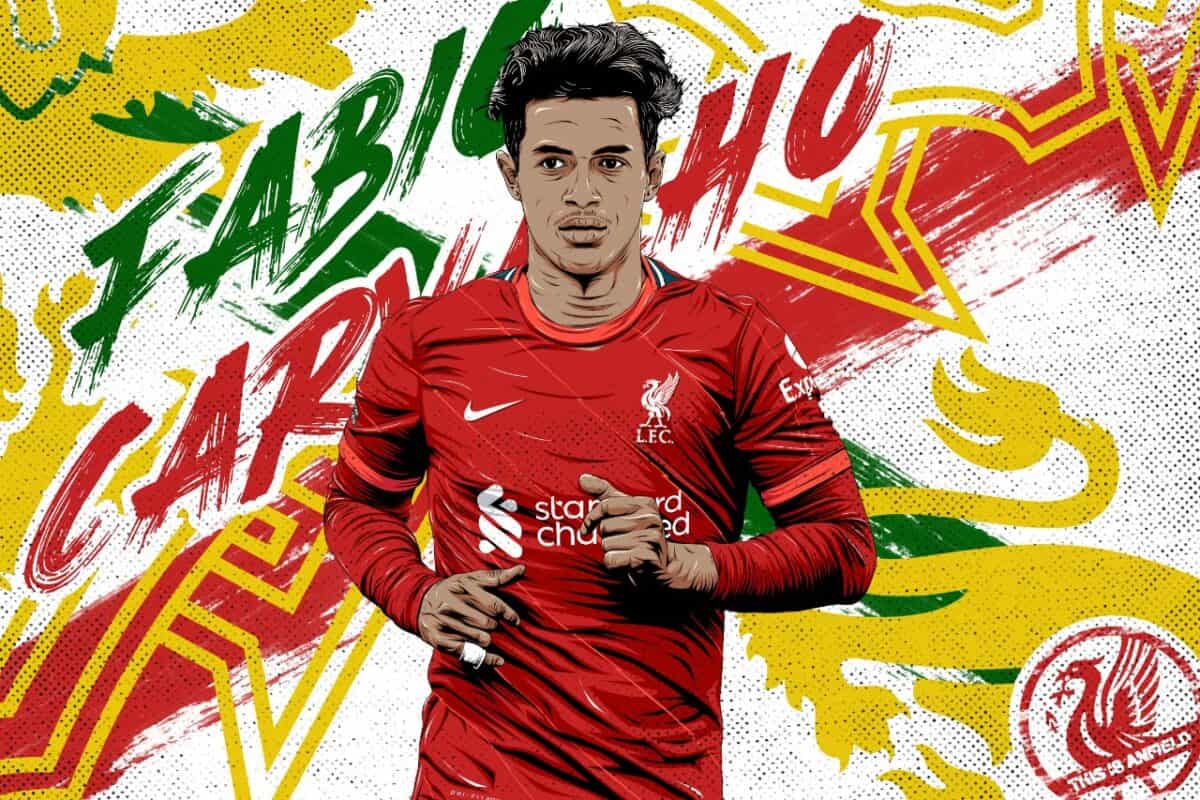 Liverpool have confirmed the transfer of Fabio Carvalho from Fulham, with the 19-year-old officially joining the Reds this coming summer.

The versatile attacking midfielder is out of contract at the London club this summer and the two clubs agreed a deal after having failed in a late bid to complete the transfer in January.

Liverpool will pay an initial £5 million for the teenager, with a potential £2.7 million to be paid in add-ons, while Fulham hold a 20 percent sell-on clause.

Born in Portugal, Carvalho represented England at youth levels but has changed to represent Portugal at Under-21 level this year.

He scored 11 goals and assisted eight for Fulham in 38 appearances during their promotion-winning campaign.

The teenager follows Harvey Elliott‘s pathway to Anfield, having played alongside the Liverpool midfielder at youth level, while he is currently team-mates with ex-Reds winger Harry Wilson and loanee Neco Williams.

Though Portuguese-born, Carvalho is an England youth international and will qualify as a homegrown player when it comes to registration for the Premier League.

Carvalho is expected to be part of the Reds’ first-team squad for pre-season, including the two games in Asia – against Man United (Bangkok) and Crystal Palace (Singapore).

As it stands, there are no plans to loan him out for the next campaign.