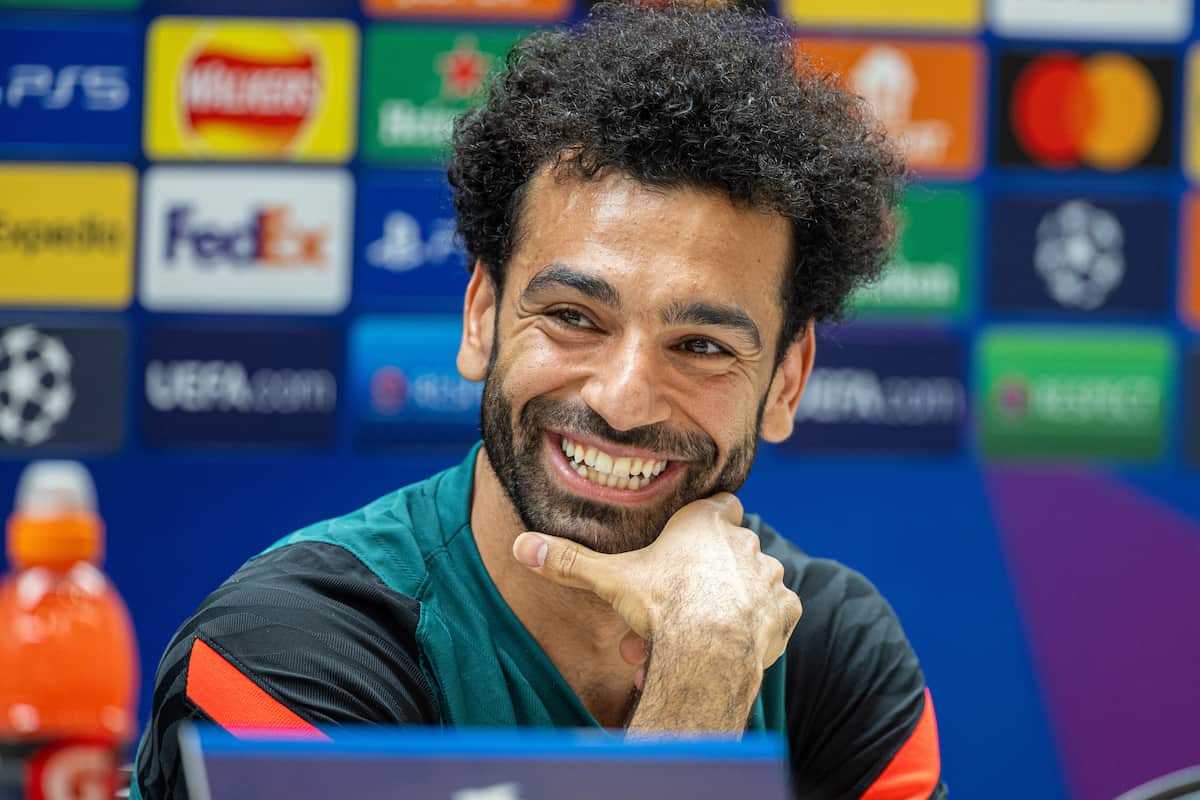 Mohamed Salah has confirmed he is “staying next season for sure” as speculation regarding his future continues to grow with a new contract not yet penned at Liverpool.

The Egyptian’s future has been much discussed for the entirety of the season with no extension yet agreed and with his current deal expiring in 2023.

Contract negotiations have dragged on now for several months but Salah has long insisted it is “not about money at all.”

And Kylian Mbappe deciding to remain at PSG has again triggered speculation over Salah’s future, with Real Madrid having been prepared to splash the cash for a new forward.

But during Wednesday’s pre-Champions League final press conference, Salah insisted he will be a Red next season as he was asked about the current situation surrounding his contract.

“In my mind I don’t focus about the contract at the moment,” Salah told reporters on Wednesday.

“I don’t want to be selfish at all, I even said that about two months ago.

“It’s about the team now, it’s a really important week for us and I’m just focused on the team.

“I want to win the Champions League again and I want to see Hendo having the trophy again in his hands and hopefully give it to me after!

“I’m just focused with the team, I don’t want to talk about the contract now because we have a long time.

They are words that will put many at ease regarding next season but the hope remains that his contract extension is sorted in a timely manner.