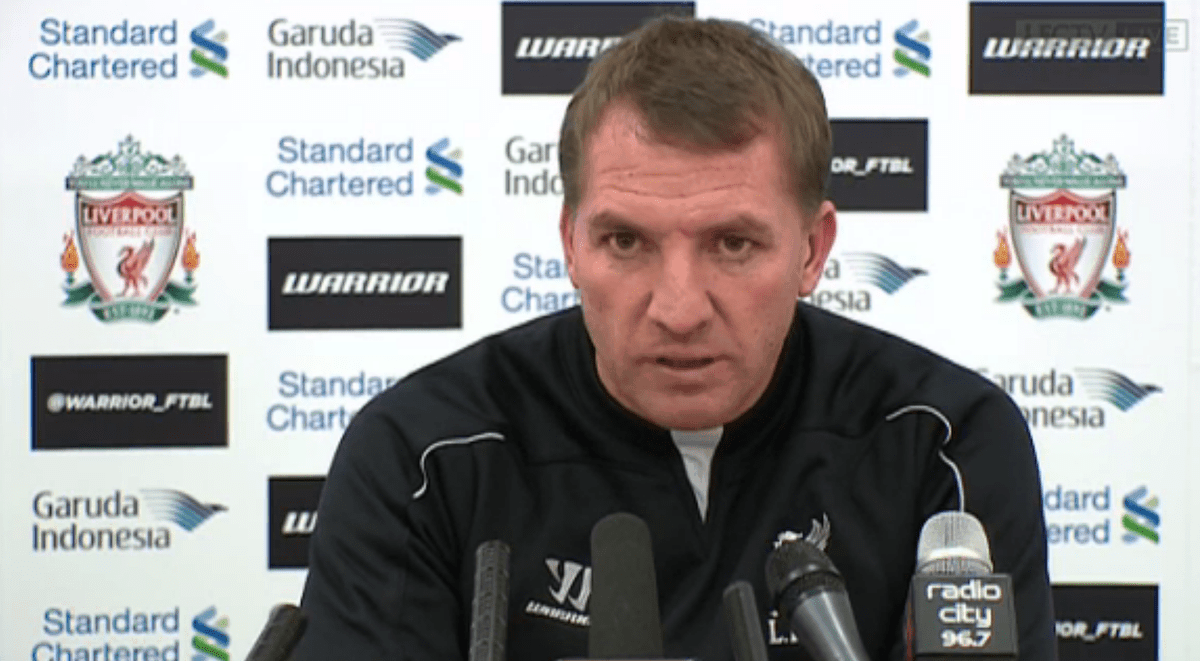 Liverpool boss Brendan Rodgers has reiterated his desire to win a trophy this season, while outlining the objective of qualifying for the Champions League too.

Rodgers explained back in pre-season that his desire was to win a trophy in 2014/15 and his side have an opportunity to take a significant step towards that when they face Chelsea in the League Cup semi-final first leg at Anfield on Tuesday night.

The Northern Irishman recalled how important it was when Chelsea won their first trophy, building a winning mentality – something they achieved during his time at Stamford Bridge as a coach.

“Over the last 10 years they have shown once you win the first one, you can go on and sustain it,” he said.

“They [the Chelsea players who were there then] will tell you that first trophy was the most important. We know if you want to win the competition you have to beat the best teams.”

Speaking of the Chelsea clash itself, Rodgers said: “We see this as an opportunity this season to win a trophy.

“Winning a trophy could really bring the future of the team on. We see this as an opportunity to get to the final.”

Speaking of the season overall, Rodgers said: “Our objective is still very much to win a trophy and qualify for the Champions League.”

Liverpool are currently involved in four competitions, facing Chelsea this and next Tuesday in the League Cup, and Bolton at Anfield on Saturday in the FA Cup fourth round.