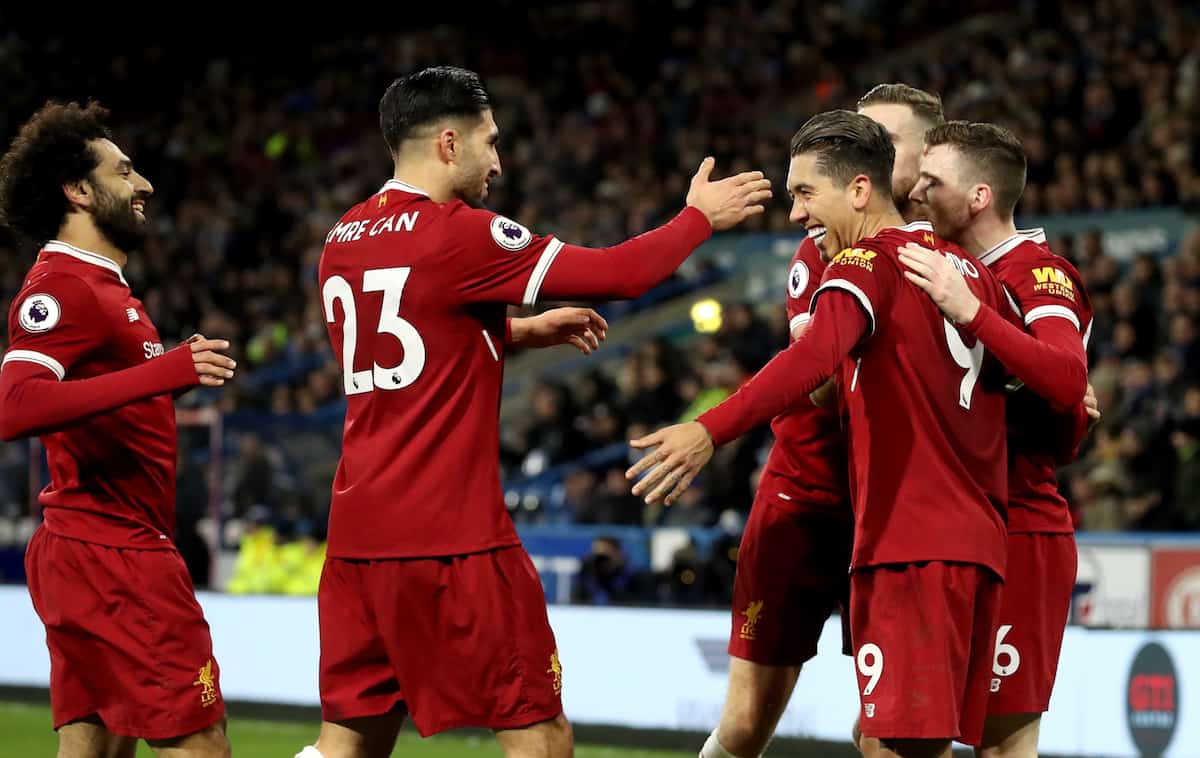 With just three months left before the end of the season, Liverpool head into March seeking a continued run of form in the Premier League and Europe.

The Reds rounded off February with three consecutive wins, most notably a 5-0 mauling of Porto in the last 16 of the Champions League.

They currently sit third in the league table, as the battle for a top-four finish continues with Man United, Chelsea and Tottenham all vying for a spot behind champions-elect Man City.

It can certainly be argued that Jurgen Klopp‘s side have the best chance of finishing second, given their favourable run-in, while they are a shoo-in to reach the quarter-finals in Europe.

Elsewhere, the Reds’ academy ranks will be looking to stabilise their form after a host of January departures prompted a major reshuffle.

Here’s what to expect from Liverpool’s first team, U23s, U19s and U18s in March. Liverpool kick off March with a difficult triple-header, taking on Newcastle, Porto and Man United in the space of just seven days.

The onus is on Klopp to ensure consistency in both competitions, and while the German has vowed he won’t rest players for the home clash with Porto, rotation seems likely.

Victory over Rafa Benitez’s Magpies to begin the month would be a major boost, allowing Klopp to hand the likes of Alberto Moreno and Adam Lallana a rare start in the Champions League while keeping momentum going before a trip to Old Trafford.

Taking three points from United will be a difficult task, and they are yet to triumph away to any of their top-six rivals this season, but securing a win could be vital. After that comes a relatively simple clash with Watford at Anfield, as though the Hornets begin the month in 10th they are still mired in a relegation battle.

The Reds’ opponents on March 17 delivered an opening-day blow by coming from behind to seal a last-gasp 3-3 draw at Vicarage Road, but this should just spur Liverpool on further.

This month is held back by another unwelcome international break, and it is likely that a host of Klopp’s key players will depart for pre-World Cup friendlies.

How they respond on their return, and how Klopp utilises the time at Melwood with his non-internationals, will be key—with a difficult trip to Crystal Palace to come at the end the month. Neil Critchley has effectively been forced to build from the ground up again in 2018, having seen the majority of his key players leave on loan or permanently in January.

This has seen a host of Steven Gerrard’s U18s promoted, with Adam Lewis, Elijah Dixon-Bonner, Rafa Camacho, Curtis Jones and Liam Millar among those to make the step up.

Herbie Kane has also taken the captaincy from Corey Whelan after the defender joined Yeovil Town for the rest of the season, with the 19-year-old taking up considerable responsibility.

How Critchley’s new-look group mesh will be the major talking point in March, as they are likely to form the bulk of his squad next season too.

The young Reds have just three games this month, however, but a marquee clash with United at Prenton Park will be a major test of their credentials after a disappointing run. Like Critchley, Gerrard has been required to adjust and call upon some new faces in the new year, and like the U23s, the U18s’ form has fluctuated as a result.

Niall Brookwell, Remi Savage, Jack Walls, Jack Bearne, Leighton Clarkson, Jake Cain and Fidel O’Rourke have all made the move up from the U16s, and will be ones to watch in March.

There will be more impetus on the likes of Rhys Williams, Neco Williams and Glen McAuley to perform, along with those bridging the gap to the U23s.

For the U19s, a UEFA Youth League quarter-final clash away to City awaits, and Gerrard will be targeting a continued push in Europe.

March will be as much a challenge for Gerrard as a young manager as it will be for his reshaped squad, but these hurdles are crucial as he hones his craft in his first season.