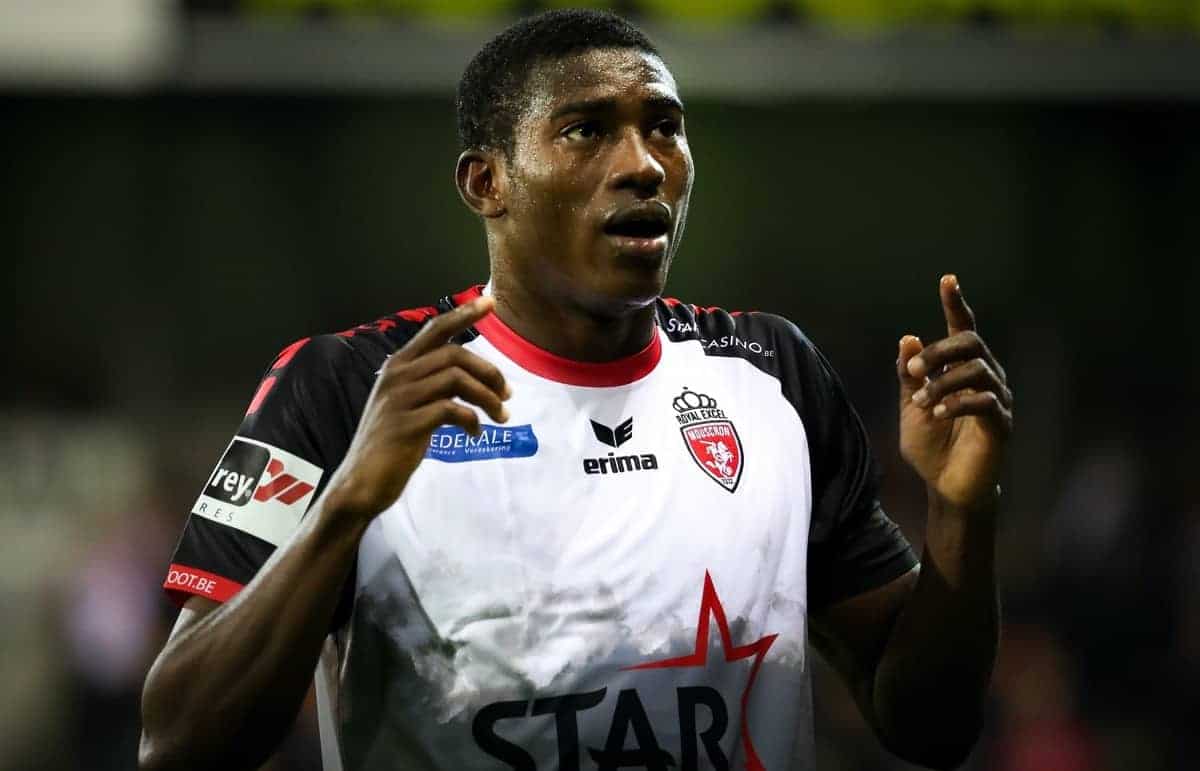 Such has been the superb form among the borrowed Reds recently, a quiet spell was bound to arrive at some stage.

Unfortunately, it came this weekend but the positive was that nine Reds featured with only six going without game time.

Nathaniel Clyne and Danny Ings had no fixture with Bournemouth and Southampton out of the FA Cup, while Sheyi Ojo, Adam Bogdan and Allan Rodrigues went unused.

Pedro Chirivella was another not to play as he is currently unavailable for Extremadura due to registration problems, which could reportedly see his loan ended before it has started.

Meanwhile, Colombian youngster Anderson Arroyo should continue to feature for KAA Gent’s U21 side on Monday night.

Productivity with decisive contributions were in short supply, but thankfully Awoniyi saved the show by starring for Royal Excel Mouscron.

Here’s the full lowdown on all the action, starting with the goal machine.

Awoniyi has been on fire since re-joining Mouscron and his stunning form continued on Sunday night as he inspired his side to a 3-0 win over Cercle Brugges.

The 21-year-old had a hand in all three goals in the victory – which was Mouscron’s fifth in a row since Awoniyi returned – as he scored one, created another and had a hand in the third.

First came the goal as Awoniyi opened the scoring immediately after the restart, curling a fine finish into the far top corner after a great burst of pace and tidy foot-work – as seen here.

Then came the assist for his side’s second of the night shortly after, as Awoniyi unselfishly played a clever reverse pass into the path of Selim Amallah who finished.

And a fine night’s work was completed as Awoniyi instigated the move for the third goal which wrapped up the three points with a neat turn and pass.

That makes it four goals – including two match winner – and two assists in five outings since making the move back to a team which seems to bring the best out of the striker.

Long may the stunning run of form continue.

Herbie Kane and Harry Wilson came into the weekend eyeing FA Cup shocks against Premier League opponents and thus a place in the quarter-finals of the famous competition.

But the challenge of overcoming top-flight opposition proved one too far as the youngsters and their respective teams exited after impressive runs to the fifth round.

Kane and his Doncaster team had particularly impressed to reach that stage, but a last-eight place proved out of touch for the League One side after a 2-0 loss to Crystal Palace.

Kane – who played a key part in Donny’s successful cup run with three goals and two assists – completed all 90 minutes of the tie in his usual central midfield role.

And pleasingly, Kane held his own with a hard-working display in a game that will have provided a valuable experience in competing against top-flight opponents.

Meanwhile, Wilson’s Derby saw their own strong run come to an end against Brighton, as the Rams narrowly lost 2-1 at the Amex Stadium.

Wilson too played all 90 minutes of the cup tie as Frank Lampard selected his strongest side, but the Welshman struggled to influence proceedings with his usual authority.

Though cup dreams are dashed for Wilson and Kane, the chance for glory is still very much alive as the pair can now put all their efforts into fighting for promotion with their respective clubs.

Six more Reds were in action across the weekend…

It was the in-form goalkeepers who provided the main positive among the rest of those who featured.

Kamil Grabara made it two clean sheets in two Danish SuperLiga games at AGF Arhus as the Polish stopper posted a second successive shutout in a 2-0 win over Sonderjyske on Friday night.

And in Turkey, Loris Karius enjoyed the taste of victory too, with the German helping Besiktas to a 2-1 victory at Malatyaspor on the same evening.

Staying in Europe, Marko Grujic has shone in almost every outing for Hertha Berlin this season but endured a rare quiet afternoon as his side were held to a 1-1 draw by Werder Bremen.

There was one Red in Football League action and that was Ovie Ejaria, who returned from illness as Reading faced promotion-chasing Sheffield United in the Championship.

Taking up a central midfield role, it proved to be a frustrating afternoon for Ejaria as an ankle injury forced him off at half-time of the eventual 4-0 defeat.

Two Reds were in action north of the border in the Scottish Premier League, but there was frustration all round with a winless weekend.

Ryan Kent has been in great form at Rangers recently but couldn’t provide the moment of inspiration on Saturday as he endured a frustrating game in a 0-0 draw with St Johnstone.

And finally, Liam Millar made a fourth consecutive sub appearance for Kilmarnock, playing the closing stages of his side’s last-gasp 1-0 defeat to Brendan Rodgers’ Celtic.