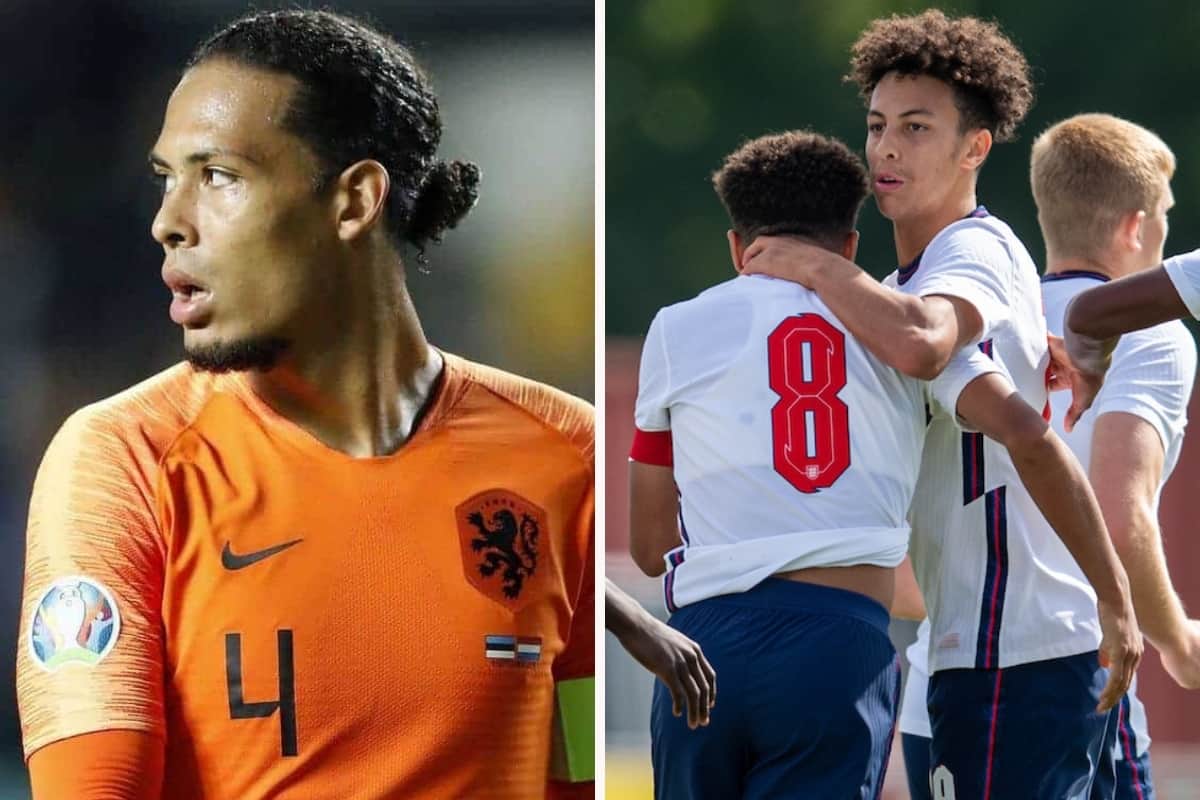 On a quiet day for Liverpool’s internationals, a rest for Virgil van Dijk may have been the biggest positive, with the centre-back not overworked while on Netherlands duty.

Van Dijk has started the campaign in excellent form, picking up where he left off after nine months out with an ACL injury.

The 30-year-old has played the full 90 minutes in each of Liverpool’s three Premier League games so far, and after missing out on Euro 2020 to focus on his recovery, earned a return to the Netherlands squad this month.

Arguably the best centre-back in world football, it came as no surprise that Louis van Gaal drafted him straight back into his starting lineup for last week’s 1-1 draw with Norway.

But three days later, he was afforded a break as Van Gaal made three changes to his side to take on Montenegro in another World Cup qualifier on Saturday.

Matthijs de Ligt took Van Dijk’s place at the back in a routine 4-0 victory that saw another goal from Gini Wijnaldum along with a brace for Memphis Depay and a first senior international strike for Cody Gakpo.

Though Van Dijk is likely to return for the clash with Turkey on Tuesday, Liverpool’s medical staff will be boosted by his careful management during a busy international break.

The same cannot be said of Andy Robertson, though, with the left-back making his third consecutive start after injury in Scotland’s 1-0 victory over Moldova.

It brought Robertson’s 50th cap, becoming only the 33rd player in his country’s history to reach the landmark, and after a stint as right wing-back in the previous game against Denmark, he was back in his natural left-sided role.

He played 74 minutes in a 1-0 win, though Steve Clarke noted that he was “struggling a little bit” in the second half, substituting him as “a consequence of the fact he has been out injured.”

Diogo Jota was reduced to a bench role for a rotated Portugal as they beat Qatar 3-1 in a friendly in Hungary, looking dangerous when he came on for the final 31 minutes.

And Caoimhin Kelleher was unused throughout the Republic of Ireland’s disappointing 1-1 draw with Azerbaijan, as he finds himself behind the 19-year-old Gavin Bazunu in the pecking order.

Man City‘s Bazunu is currently on loan at Portsmouth, with his run of regular games making him a more reliable option for Stephen Kenny – which could be food for thought for Kelleher. 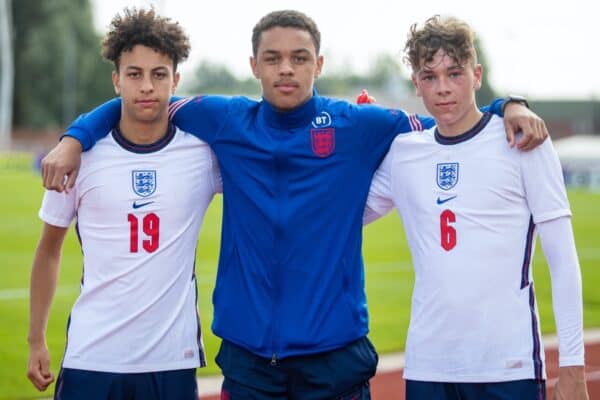 Friday saw four Liverpool youngsters in action as the England under-18s drew 1-1 with Wales, with Kaide Gordon shining on his debut.

It was the 16-year-old’s linkup with Rico Lewis that gave England their biggest threat in a game that saw Reds duo Lee Jonas and Iwan Roberts also start, the latter up front for Wales.

Young full-back Luke Chambers came off the bench, too, with Lewis cancelling out Luke Harris’ opener at Spytty Park in Newport.