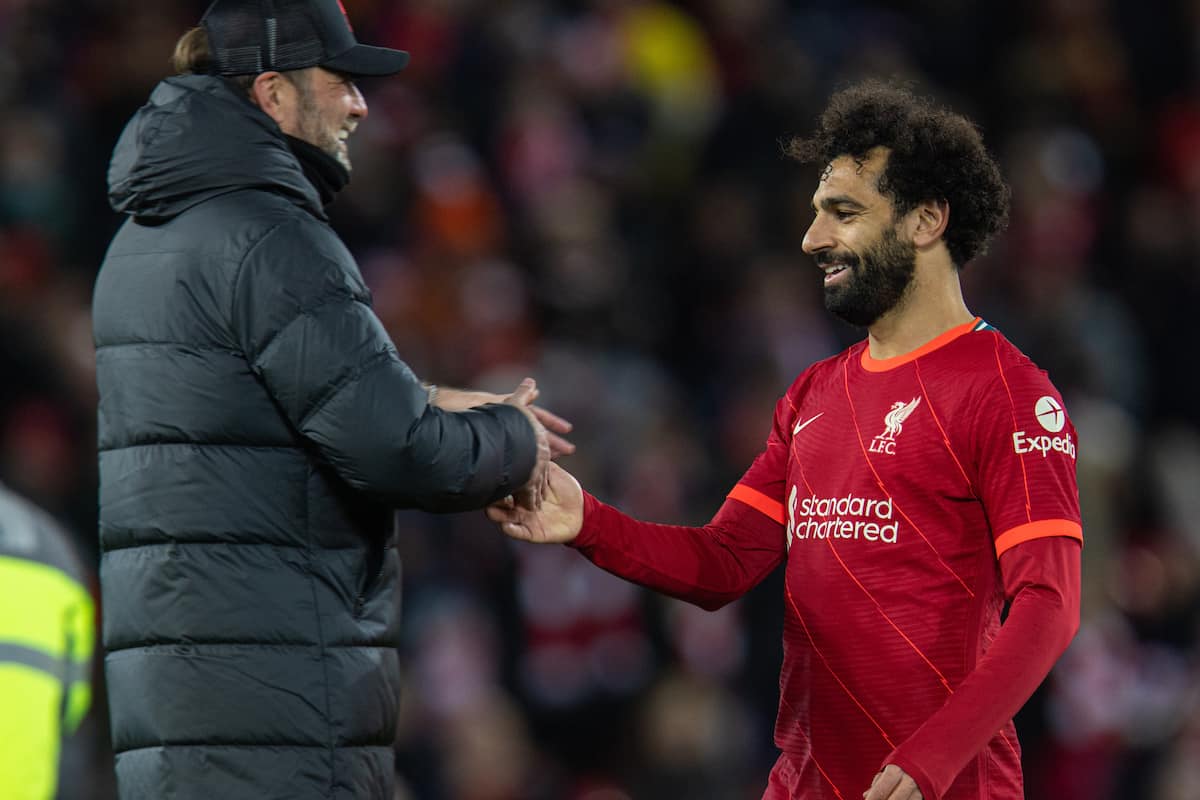 Jurgen Klopp has repeated his call for patience in the club’s talks over a new contract for Mohamed Salah, with the Liverpool manager “very positive” about the situation.

Speculation continues over Salah’s long-term future at Anfield, with the No. 11 yet to agree an extension to his deal, which expires in 2023.

Both the player and his manager has stressed their desire to prolong their relationship, but with the No. 11 seeking wages of anywhere between £300,000 and £400,000 a week, it is a long process.

But asked about the situation in his pre-Arsenal press conference, the manager said he is “very positive” and that there have been “good conversations.”

“We know, I know, Mo wants to stay, we want Mo to stay. That’s the point where we are,” he told reporters.

“I’m very positive about it, but I don’t think it makes sense you speak on behalf of the fans, because I’m pretty sure the fans are not as nervous as you are.

“They know the club pretty long and know the people here have been dealing with things for pretty long, so I think there are enough reasons to be positive.

“But as long as it’s not done, I cannot say anything about it. But [there are] good conversations. That’s all I can say.” 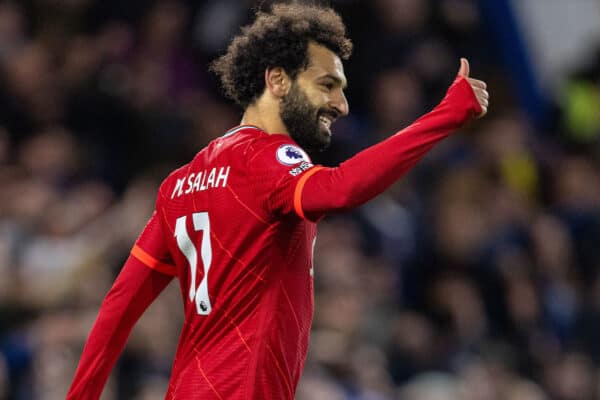 Klopp was pressed further on the situation with a follow-up question, asked about the drawn-out talks and why an agreement has not been reached yet given all parties want the same resolution.

“Things take time. There are so many things you have to do in these negotiations,” he replied.

“And there is, by the way, a third party. The agent is there as well.

“There’s nothing to worry about, it’s a normal process. Mo has a contract here, this season and the next season, and just because we make up stories here we’ve always got to talk about it.

“There’s nothing to say, nobody has to worry, it’s just the situation we are in.

“He’s a world-class player, unbelievable player, great boy, did a lot of great stuff for Liverpool and of course, we want to keep him. Now let’s see if it will work out, that’s all.”