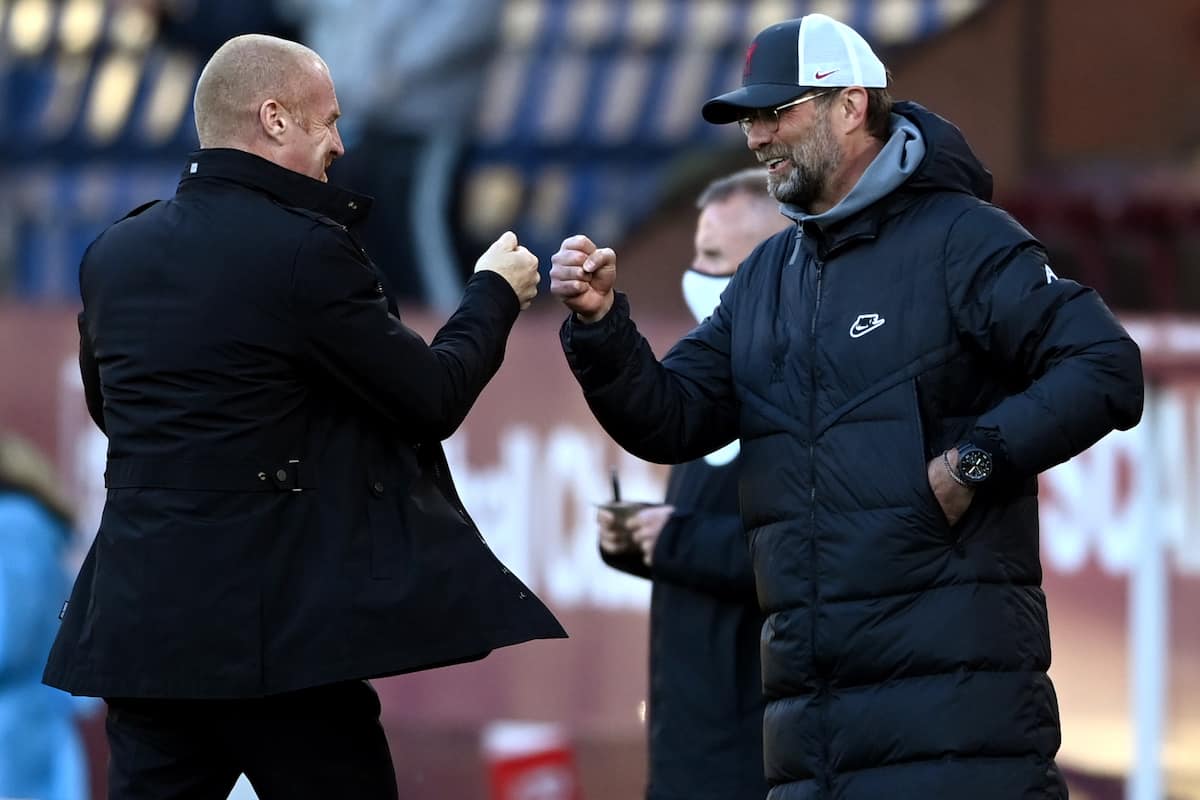 Dyche, who was sacked by Burnley with the Clarets in the relegation zone, four points behind Everton, had been in charge at Turf Moor for 10 years.

Now, Klopp is the longest-serving Premier League manager, having been appointed at Anfield in October 2015 – almost seven years ago.

The Reds’ boss sits fourth in the list of longest-serving current managers in English football, with only the managers of Harrogate Town, Wycombe Wanderers and Accrington Stanley having been in their post for longer.

The next longest-serving Premier League boss is Pep Guardiola, who was appointed at Man City the summer after Klopp arrived at Anfield.

Klopp is Liverpool’s longest-serving manager since Bob Paisley, who led the club between 1974 and 1983.

The German has so far overseen 369 games for the Reds, with an incredible win percentage of 62.06% – the highest in modern LFC history.

Klopp is currently due to leave the club when his contract expires in 2024, by which point he will have served nine years in the post, the same amount of time as Paisley.