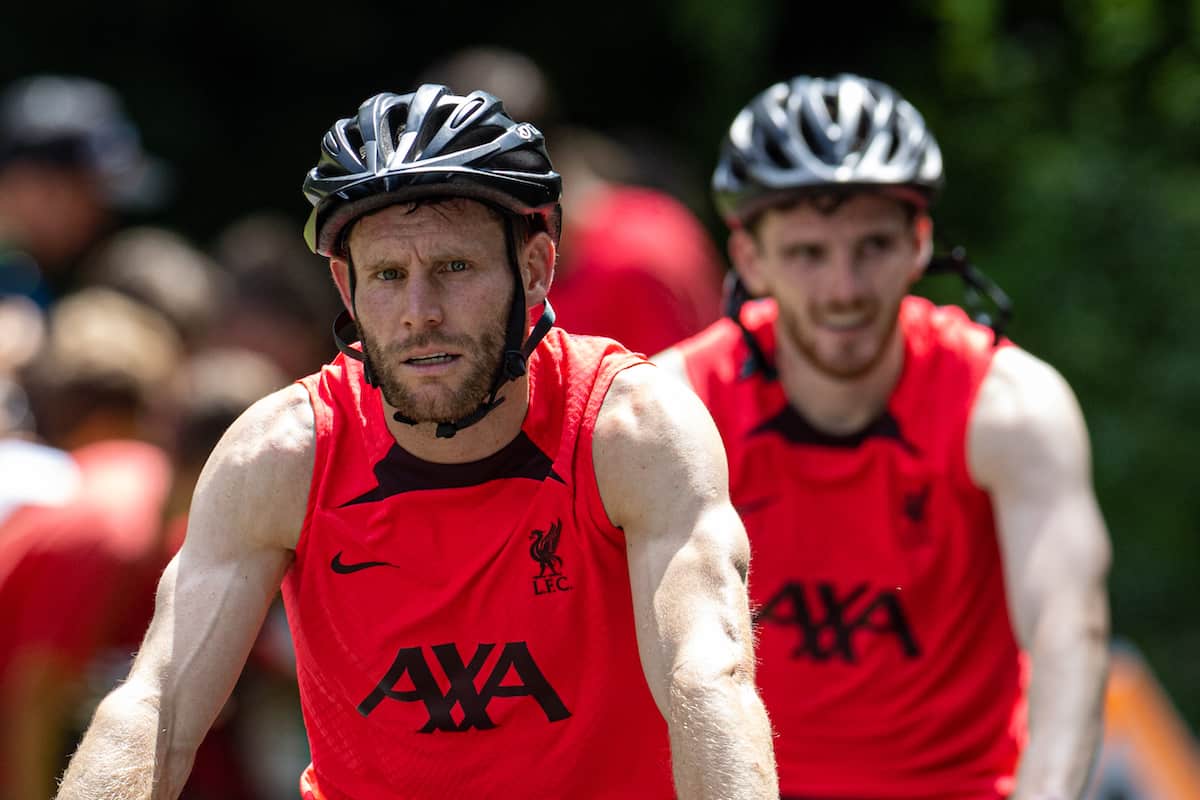 You may have noticed James Milner has opted for a new look this summer, and his facial hair growth is down to a little banter, with two Reds responsible for egging the No. 7 on.

It is pre-season number 21 for Milner after signing a contract extension in the summer, keeping him at Liverpool for another year.

While his running capacity and ability to cruise past his teammates while doing so is one thing that has remained the same, the 36-year-old is sporting a fresh look – for now, at least.

Usually clean-shaven, Milner has noticeably been growing out his beard but says if “it’s no good” it is down to the two players who urged him to do so, Jordan Henderson and Andy Robertson.

“A couple of weeks ago we were in Singapore, we were in the treatment room having a bit of craic and Hendo and Robbo were on me and said, ‘Go on, you need to grow it’,” Milner told the club’s official website. 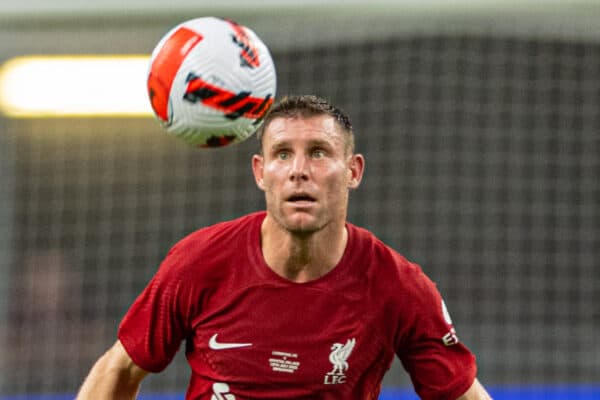 “They’ve got a month of growth; we’re two weeks in so we’ll see where it goes from here. They’re in control of it, so if it’s no good it’s their fault!”

It’s a decision that has caught the attention of fans across social media, as you could always rely on Milner turning up freshly shaven!

Milner is looking fine with a beard pic.twitter.com/soklSG3Jxw

Not as beautiful as Milner with a beard?

They’re not ready for milner with a beard https://t.co/xRw3kS2aqG

James Milner with a beard owns me. https://t.co/m80BlfWkmN

From Milner’s words, though, it seems there are only a couple of more weeks left but that is plenty of time to add volume to his beard and even grow to love it enough to keep it.