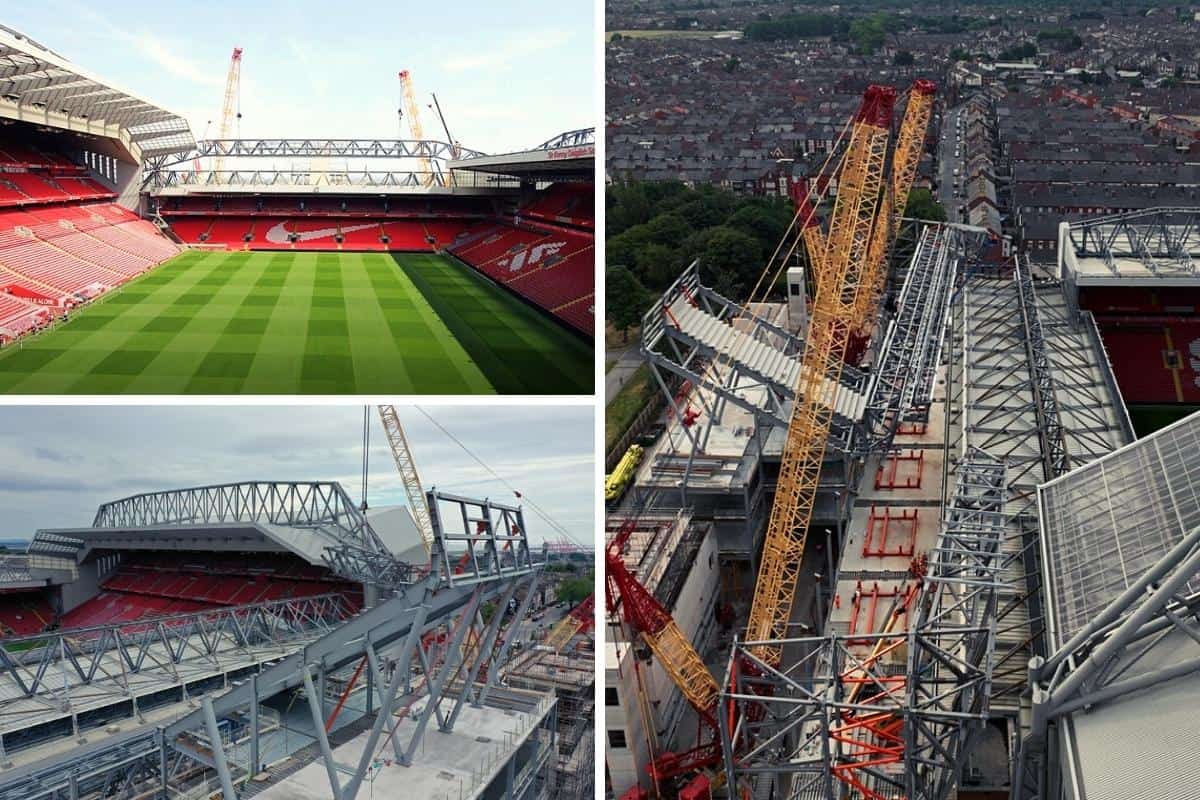 The Anfield Road End expansion enjoyed a “historical moment” on Tuesday when the roof truss was lifted into place, providing an impressive view of what is soon to come.

After adverse weather forced a nine-day delay, the new 300-tonne roof truss was finally lifted into place on Tuesday morning as the new Anfield Road End continues to take shape.

Structural steelwork contractors J&D Pierce were employed to undertake the work, with two 600-tonne cranes, operating at 164 metres high, lifting the steel into place in an absorbing engineering feat.

As previously reported on This Is Anfield, it took 30 skilled engineers to lift the truss into place over a 12-hour period, on what was the hottest day of the year. 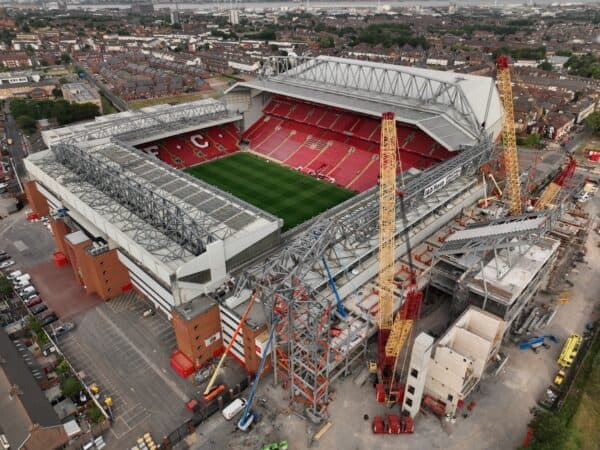 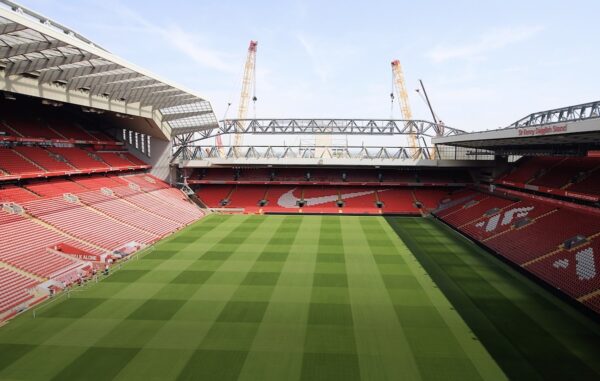 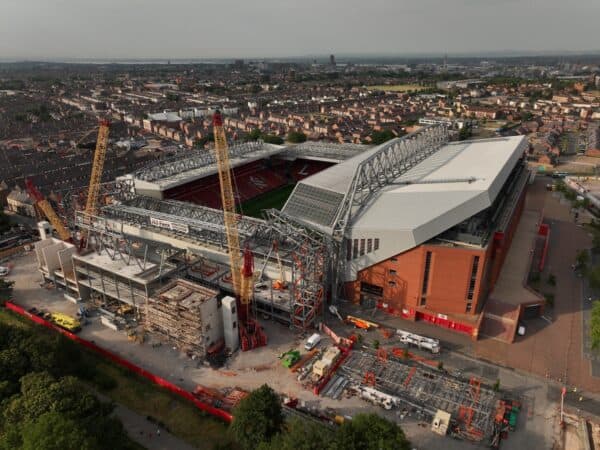 The two cranes worked together to perform the manoeuvre, positioning the truss onto the haunches – with one crane controlling movement forward and backwards and the other from side to side.

When all was aligned, the cranes held it in position until it could be bolted in place, with a total of 25,000 bolts connecting the towers, haunches and the truss. 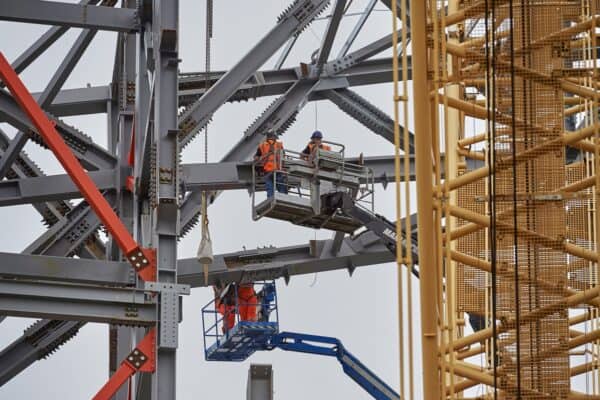 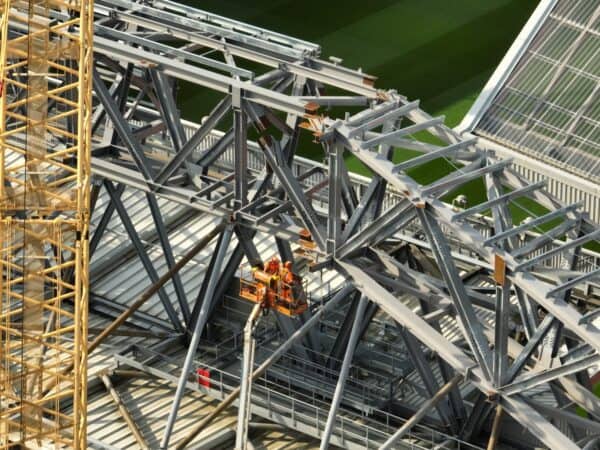 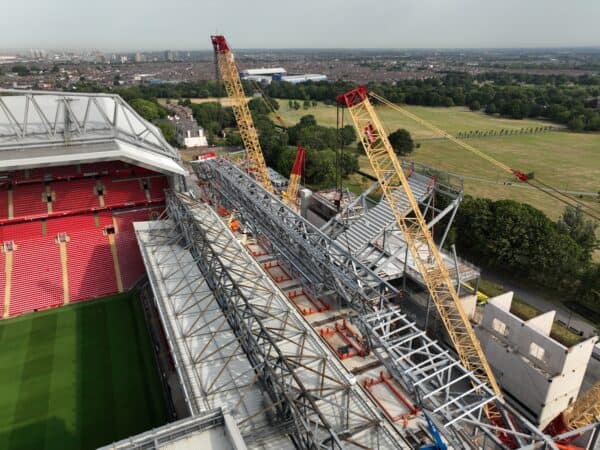 It comes as a significant marker of progress for the stand, 10 months on from when the build first started and a year before it is to be unveiled ahead of the 2023/24 season.

The finished product will see 7,000 extra seats added to Anfield, taking the Anfield Road End’s capacity to 15,967 and the stadium’s overall capacity to 61,015. 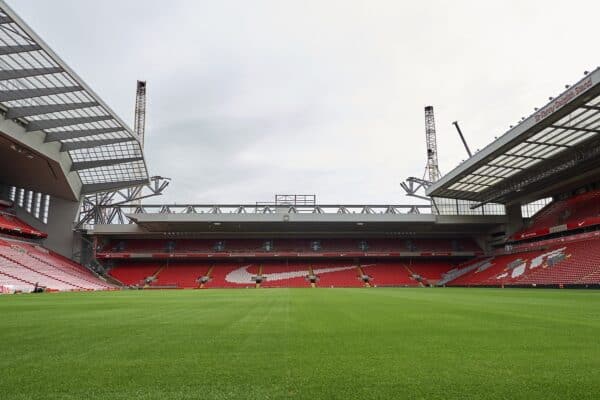 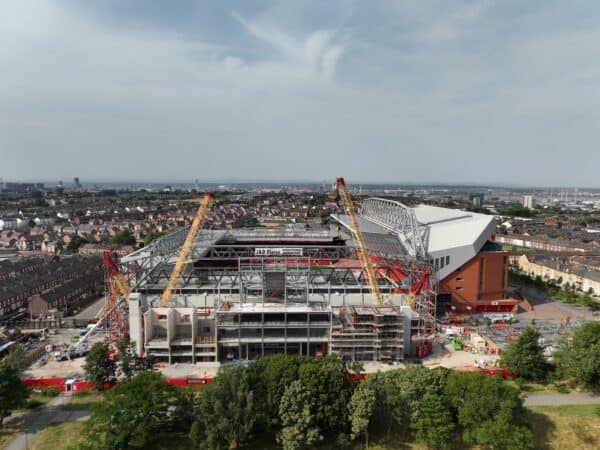 It will dominate the skyline like the Main Stand, with the new stand to be 39 metres tall. 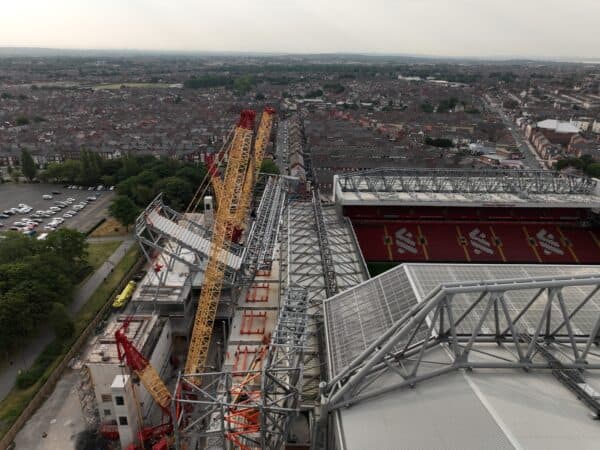 Paul Cuttill, VP of stadium operations at Liverpool FC, said: “We are delighted to see the roof truss lifted into place. This is one of the most challenging and complicated parts of the build.

“It’s a historical moment for the stadium and the club and a fantastic achievement. Huge thanks to the incredible team from our stadium and contractors to get this in place in record-breaking temperatures.”