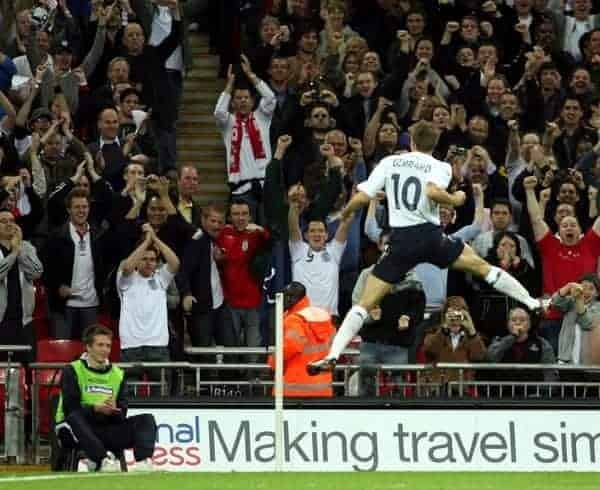 A host of Liverpool players were in action for their country’s on Friday night as World Cup 2014 took a step closer. At Wembley Stadium, Steven Gerrard captained England to a 4-0 win over lowly Moldova, with three games left to play in their World Cup qualifying group.

Gerrard scored a superb Gerrard-special for England’s first, driving in low from the edge of the area. Two goals from Danny Welbeck and another from Rickie Lambert sealed the victory for Roy Hodgson’s team.

Raheem Sterling was an unused substitute in the victory. England now face a much sterner test in Ukraine, on Tuesday night.

Martin Skrtel lined up in Slovakia’s defence as they beat Bosnia and Herzegovina 1-0 away.

Daniel Agger was on form in central defence as he helped Denmark to a 2-1 victory in Malta.

Simon Mignolet was an usued substitute in Belgium’s 2-0 victory over Scotland.

Luis Suarez scored twice, once from the penalty spot, as Uruguay beat Peru 2-1 to help their World Cup qualification chances.

“We have nothing to fear and can go there full of confidence,” he is quoted on BBC Sport as saying.

“We need to believe in ourselves, roll our sleeves up and put in a performance because if we were to get all three points it puts us in the driving seat. It’s a massive game.”