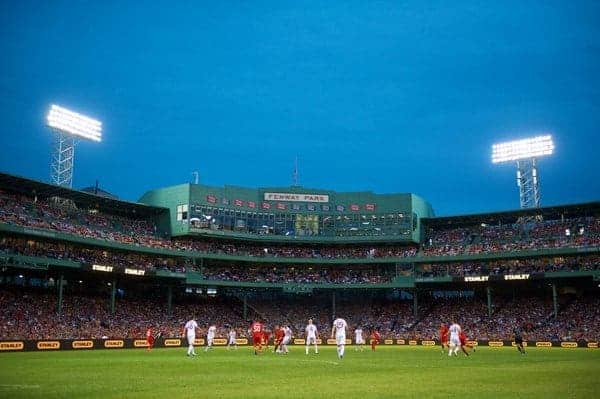 The victory completed the biggest turnaround season in baseball history, having finished last in the division last season.

If there is one person I'd choose to trust blindly in the current #LFC hierarchy and playing staff – for sure it'd have been him.

Sensational effort from @RedSox to win a third #WorldSeries in ten years. A fitting tribute and reaction to Boston bombings as well.

The turnaround in Boston & Liverpool this year isn't by chance or luck. FSG deserve credit for building foundations for success. #LFC.

Long way to go at #LFC, but my sense is that we aren't far away from being competitive again. And we will get better year on year.

Red Sox go from last in division to win WS, #LFC 3rd in PL and top 4 form for a year, Roma top. Are we still at DEFCON 4 with #FSG?

Red Sox have completed biggest turnaround season in baseball history. No other WS champ had a win pct the year before as low as BOS' .426.

@thisisanfield last year when they finished last the press said FSG were going to sell them. FSG are winners&continue to prove it

@thisisanfield Anyone who doubts that FSG can run a club only needs to look at the Red Sox. There are plenty of comparisons to be seen.

Congrats to @John_W_Henry and the #RedSox from your #lfc family. Silverware is a wonderful thing!

Some supporters have wrongly suggested that success for the Sox will mean more money for Liverpool, it won’t. Henry has previously explained that the club must “finance themselves”.