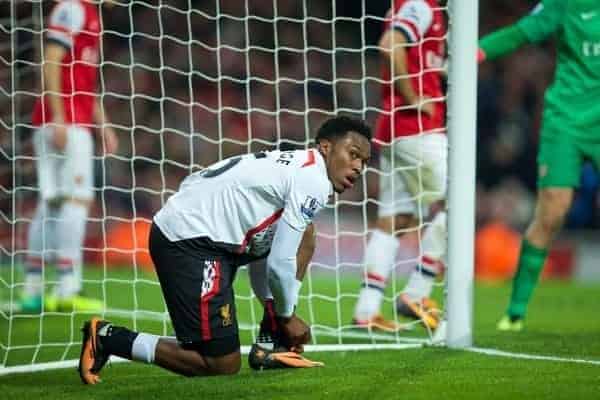 Liverpool boss Brendan Rodgers was apprehensive when revealing the extent of injury problems in his squad going into the festive fixture period. Liverpool have lost striker Daniel Sturridge for up to eight weeks after the England international suffered ankle ligament damage in training during the week.

The Reds also trained this week without attacker Philippe Coutinho, who was forced to undergo painkilling injections in order to make a second-half appearance against Hull on Sunday.

Rodgers also confirmed that defender Kolo Toure, who returned to the starting line-up for the 3-1 defeat at the KC Stadium took a knock against the Tigers.

Rodgers told the club’s official website, “Daniel could be out now for up to eight weeks – which will be a big blow for us.

“Young Philippe never trained all week. He had a high ankle sprain and had some injections to even get on the bench today. He did quite well to even make it onto the field.

“They’re obviously two very, very good players and have been very efficient for us this season.

“But this little period now will test us. We’ve got players that will come in and it’s a great opportunity for them to stake a claim for a place in the team.

“Hopefully we get back to winning games on Wednesday.”

Liverpool have two home games this week – against Norwich on Wednesday night, and West Hamn on Saturday – and will be looking to take maximum points with tricky away games at Tottenham, Manchester City and Chelsea coming up before the end of the month.

“Kolo picked up a wee bit of an injury on his hip,” Rodgers added. “We’ll see how he is.”

Results in the Premier League over the weekend saw Liverpool slip to fourth in the league table, with Chelsea and Man City climbing above them.