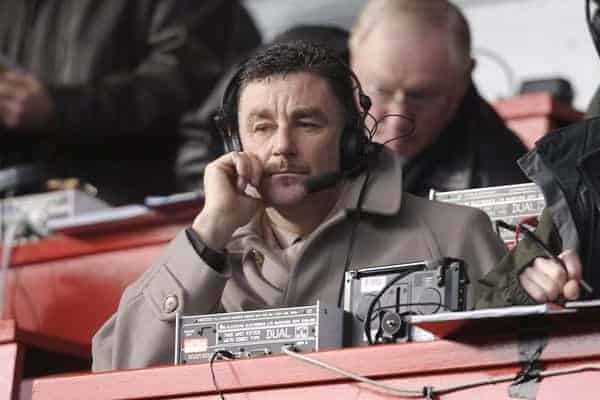 The Reds play hosts to Manuel Pellegrini’s side at Anfield and both teams are still in contention to win the league this campaign. Coming into this fixture, Liverpool sit on top of the table with 74 points after 33 matches, while City are third with 70 points, having two games in hand.

Brendan Rodgers’ side are the league’s top scorers having netted 90 goals, 49 of which have come from the stellar pair of Luis Suarez and Daniel Sturridge; 29 of them belonging to the Uruguayan international.

“With the quality they [City] have got, I can see them scoring but I really fancy us [Liverpool] to cause them problems at the other end,” Aldridge told the Liverpool Echo.

“Defensively, City are vulnerable and the best frontline in the league can capitalise on that. It will be an open game and I think there could be goals aplenty.”

“We were unlucky to lose to them at the Etihad on Boxing Day. We were on the wrong end of some poor decisions that night with Raheem Sterling wrongly flagged offside and Luis Suarez not getting a penalty after his shirt was pulled by Joleon Lescott.

“We’re going into this game in tremendous form on the back of nine straight league wins. What was only a dream a few weeks ago is now turning into a reality,” he said.

Ahead of their match against the Citizens, Liverpool are on a nine-match winning run in the league and Rodgers will be hoping to maintain the form till the end of the campaign. But Aldridge insists even if the winning streak halts on Sunday, the Reds’ focus will not be altered even though it will have delivered a significant blow to the Merseyside club’s chances of winning the title.

“The result on Sunday won’t decide the title race but it will certainly have a huge bearing on the outcome. If we win it’s firmly in our hands and that momentum can carry us home over the final four matches,” the former Liverpool striker explained.

“City have some great players and I enjoy watching them. If City win we won’t throw in the towel because they’ve still got to go to Goodison but it would certainly be difficult for us from there,” Aldridge concluded.