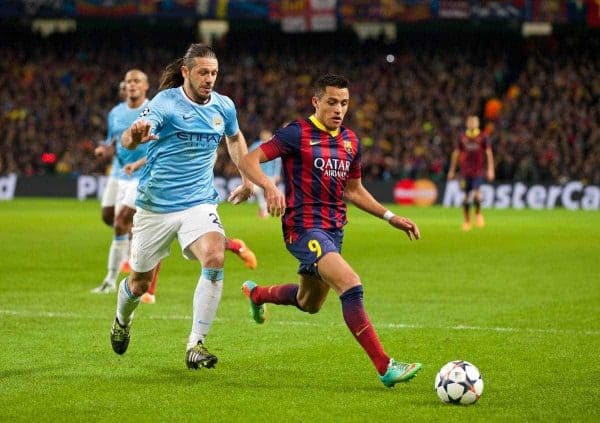 5 Liverpool Transfer Targets to Watch at the 2014 World Cup

Football’s biggest tournament gets underway in just over two weeks time, and there will be a number of stars on display who have been linked with a move to Liverpool this summer. Henry Jackson (@OnFootballTweet) takes a look at five big names who are worth tracking.

The Chilean was recently linked with a move to Liverpool, and is one of the most exciting wide players in world football. The 25-year-old is the star of a terrific Chile side- one that dismantled England at Wembley last year, with Sanchez outstanding- who play eye-catching football and could go far in the tournament.

Sanchez will be raring to showcase his immense talent at a major tournament in South America, and with his Barcelona future uncertain, a number of potential suitors will be looking on.

When can you watch him? (all times BST)

Rojo will start for Argentina in Brazil next month, and he has been tipped to become one of the Reds’ new defensive reinforcements next season.

The 24-year-old Sporting star can play as either a left-back or a centre-back, and with Alejandro Sabella’s side one of the most attacking in the competition on paper, Rojo’s defensive expertise will be tested at times.

With Liverpool desperately in need of a versatile, strong defender to boost their leaky rearguard next season, it will be interesting to see if Rojo impresses on the world stage.

As of this moment, Lovren would appear to be the favourite to solve Liverpool’s central defensive issues next season and beyond. The Croatian has been heavily tipped to make a £15 move to Anfield this summer, along with his Southampton teammate Adam Lallana.

The 24-year-old is a rock at the back for both club and country, and is a terrific all-round defender. His quality and resolve will be tested to the limit when Croatia face Brazil in the opening game of the tournament.

Don’t be surprised to see him pass with flying colours.

Barcelona’s brilliant forward may leave Camp Nou in the summer, and Brendan Rodgers is reportedly keen on making an audacious attempt to bring him to Liverpool.

Despite the enviable embarrassment of riches within the Spain squad, Pedro’s versatility and pace have always made him a favourite of Vicente del Bosque.

With La Roja likely to go very far in the tournament again, despite a tough group, there should be plenty of opportunities to see exactly what attributes Pedro would bring to the Liverpool side. There are more than a few.

Shakiri has the potential to be one of the young stars of the tournament, and after a frustrating time at Bayern Munich, he will be desperate to prove his credentials in front of the watching millions.

Liverpool are one of a number of top clubs tracking the 22-year-old winger, and he is the star of a Switzerland side who enjoyed a terrific qualifying campaign.

With Shaqiri, Sanchez and Pedro all players who could add great pace and trickery to Liverpool’s side, it will be a good opportunity to compare the three and decide who would be the biggest success at the club.

Which Liverpool targets will you be keeping a close eye on at the World Cup? Let us know in the comments section.