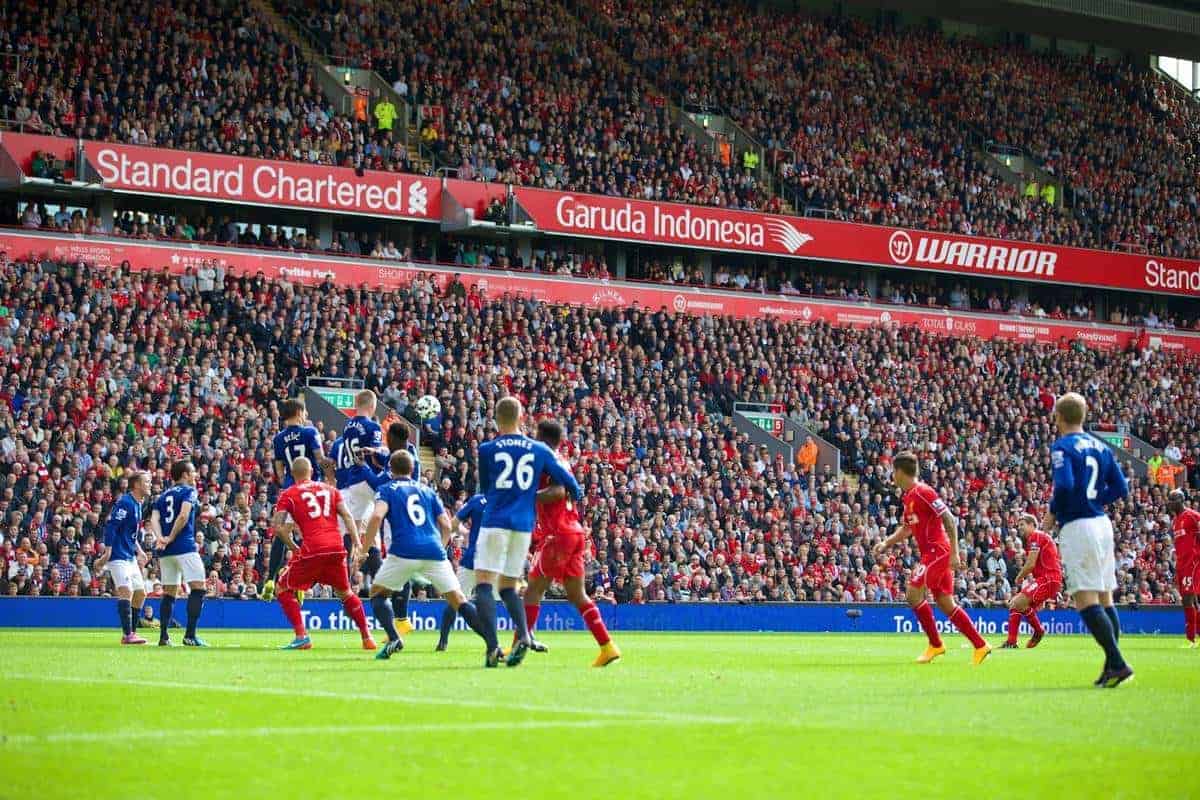 The 26-year-old was largely untested all afternoon and had no chance of saving Jagielka’s stunning strike.

The young Spaniard got forward well a number of times, and was largely solid defensively against the dangerous Aiden McGeady. His final ball was inconsistent though.

The Slovakian enjoyed a good display, and despite being far from perfect at times, he does seem to make Liverpool’s defence slightly more solid.

One of Lovren’s better games for the Reds in his short career to date. The 25-year-old didn’t put a foot wrong, and was dominant in the air throughout.

The 22-year-old showed plenty of attacking threat down the left, and put in a number of teasing crosses. Defensively he does look inconsistent, however, and is guilty of committing himself too early.

The skipper’s form has been under the spotlight of late, but after a subdued first-half he curled home a sublime free-kick to give the Reds the lead. His used the ball well all afternoon, but his lack of pace in midfield remains an issue when faced with a one-on-one situation.

The 24-year-old was absolutely terrific from start to finish, bossing the midfield and getting through an admirable amount of work. He is arguably the first name on the team-sheet these days, and was Liverpool’s best player against their local rivals.

Lallana was Liverpool’s most lively attacking player for much of the game, running with the ball and proving to be a constant threat to the Everton defence. His current form, as he gets back to full fitness, is very promising. Worked incredibly hard too.

The 20-year-old struggled to adjust to the pace and ferocity of the game, and didn’t really do anything of note in attack all afternoon.

Not the 19-year-old’s finest performance, but he was still always one of the most dangerous players on the pitch. His final ball let him down on a number of occasions, and his general use of the ball was a little sloppy.

Despite several occasions when he was a little greedy in possession, and his theatrical baheviour, Balotelli had a good game. The 24-year-old held the ball up well and showed some nice touches. His movement could improve though.

PHILIPPE COUTINHO (on for Markovic 60) 7

The Brazilian gave his side more attacking threat when he came on, showing some typically silky touches and inventive play. Still not at his best.

RICKIE LAMBERT (on for Balotelli 88)- n/a

No time to make an impression.