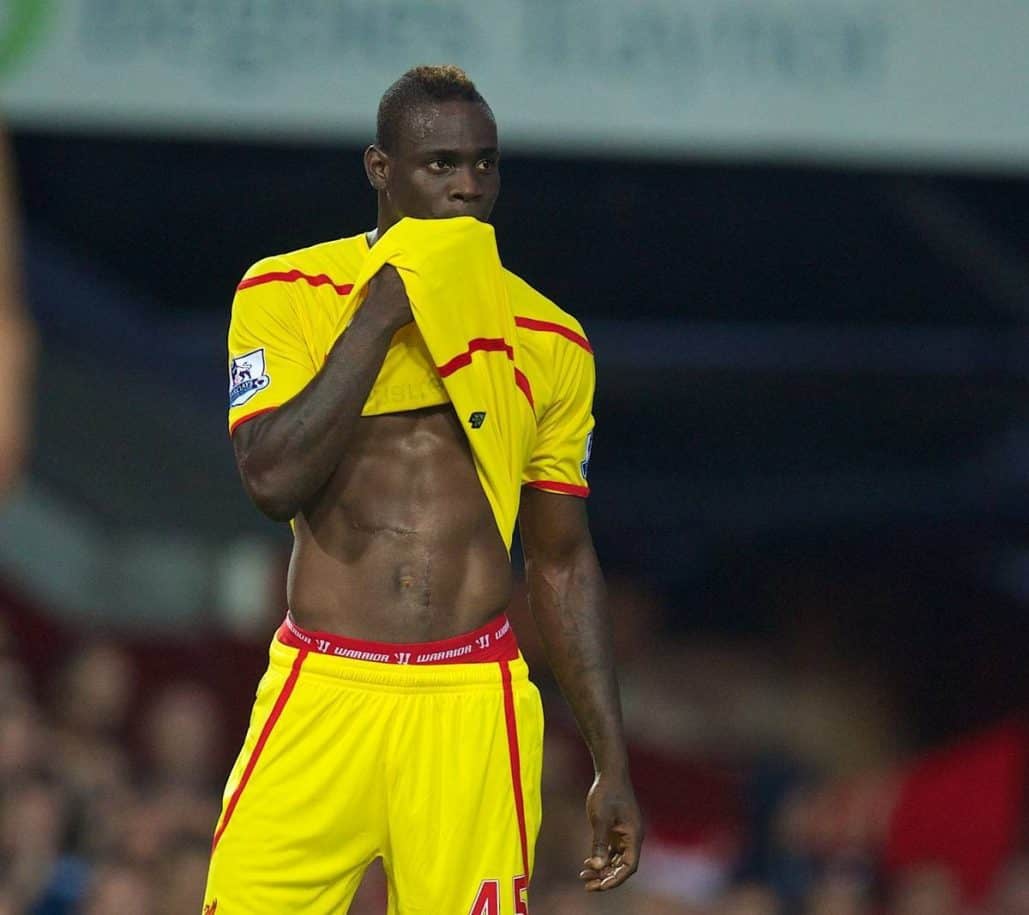 Liverpool’s below-par start to the season has been epitomised by a lack of creativity in front of goal, writes Henry Jackson.

(All statistics provided by Squawka and WhoScored)

2013/14 was an unforgettable season for anyone associated with Liverpool Football Club, and despite the eventual disappointment of not winning the Premier League, Brendan Rodgers’ side still played some of the most eye-catching football ever seen at Anfield.

Goals were scored by the bucket-load, teams were torn to shreds and the rate at which the Reds created chances was relentless. 101 goals in 38 league games was a magnificent return.

The pre-season hype this summer saw many fans predicting, and expecting, the same this time around, but the opening month or so of the campaign has not gone to plan.

Three league defeats in just five matches, and just seven goals in that time, have seen Liverpool make a limp start to 2014/15. There has been a real flatness about the performances too, which is almost as worrying as the results.

Despite some very questionable defending, the key to the Reds’ lack of zest has been their failure to create clear-cut chances on a regular basis.

There is a worrying sign that opponents have learned how to negate Rodgers’ men; sitting deep and staying compact, before stinging them on the counter-attack or at set-pieces.

Liverpool have only scored once on the counter-attack so far too, which highlights the fact that more sides are playing a more cautious style against them in comparison to 2013/14.

Another noticeable statistic is that Liverpool have scored just once from set-pieces in their five leagues so far, compared to 36 in their 38 matches in 2013/14.

The person who arguably needs to shoulder the blame for this is Steven Gerrard. The 34-year-old’s delivery from wide areas was exceptional last season- time and time again he provided inch-perfect corners and free-kicks for the likes of Martin Skrtel and Daniel Sturridge– but so far this season he has been erratic, over-hitting numerous attempts.

The table below shows just how less effective the Reds have been in front of goal in the Premier League in comparison to last year.

This shows that Liverpool’s attacking threat has diminished fairly alarmingly in almost every respect so far this season, in particular the goals scored and the aforementioned ruthlessness from set-pieces.

A player who has been a huge loss to the side in recent weeks is Daniel Sturridge. It is very easy to look at the void Luis Suarez has left since joining Barcelona- any side would miss a player widely regarded as one of the top five in world football- but Sturridge has been equally missed since picking up an injury with England at the start of the month.

The 25-year-old scored 21 goals last season, made seven others for teammates and averaged 3.4 shots per game. Prior to injury this time around he had averaged 4.3.

He might frustrate a little at times, but the one thing Sturridge guarantees is a goal threat. He is a terrific finisher, has underrated creativity and his movement and awareness get both himself and teammates into goalscoring position.

Although the arrival of Mario Balotelli has added undoubted quality to the squad, he lacks the dynamism and constant threat of the former Chelsea man, and is being shown up somewhat because of it. Liverpool look a different side with Sturridge playing.

Philippe Coutinho is another who makes a difference when he’s at the top of his game. The 22-year-old has had a poor start to the campaign- such a surprise, considering his magnificent pre-season form- failing to dictate games and open up defences with the brilliance he displayed last season.

He has created just three chances this season at an average of just one a game, whereas in 2013/14 he produced 64 opportunities for teammates at nearly two a game.

His shooting has also left a lot to be desired, with the Brazilian failing to hit the target at any point so far this season. Although the 38% accuracy he had in 2013/14 is far from memorable, it looks clinical in comparison.

Because confidence is relatively low at the moment, the Reds’ much-praised passing game is also suffering. The tempo is simply not there, and too many players look happy to play the easy ball rather than take risks. Last season there was an absolute fearlessness about them, which is in total contrast to their current frame of mind.

It’s very easy to start panicking this early into the season, but there are definite worries about Liverpool’s lifelessness in front of goal since their fortunate opening weekend victory over Southampton.

The return of Sturridge, hopefully against Everton on Saturday, should make a huge difference, while Coutinho’s form remains key. The integration of new players also takes time, and the likes of Balotelli, Adam Lallana and Lazar Markovic are all creative attacking players who should get better and better.

It’s far from panic stations just yet, but if it continues in the coming weeks it may start getting to that stage.

Why do you think Liverpool’s attacking game is suffering? Let us know in the comments section below.