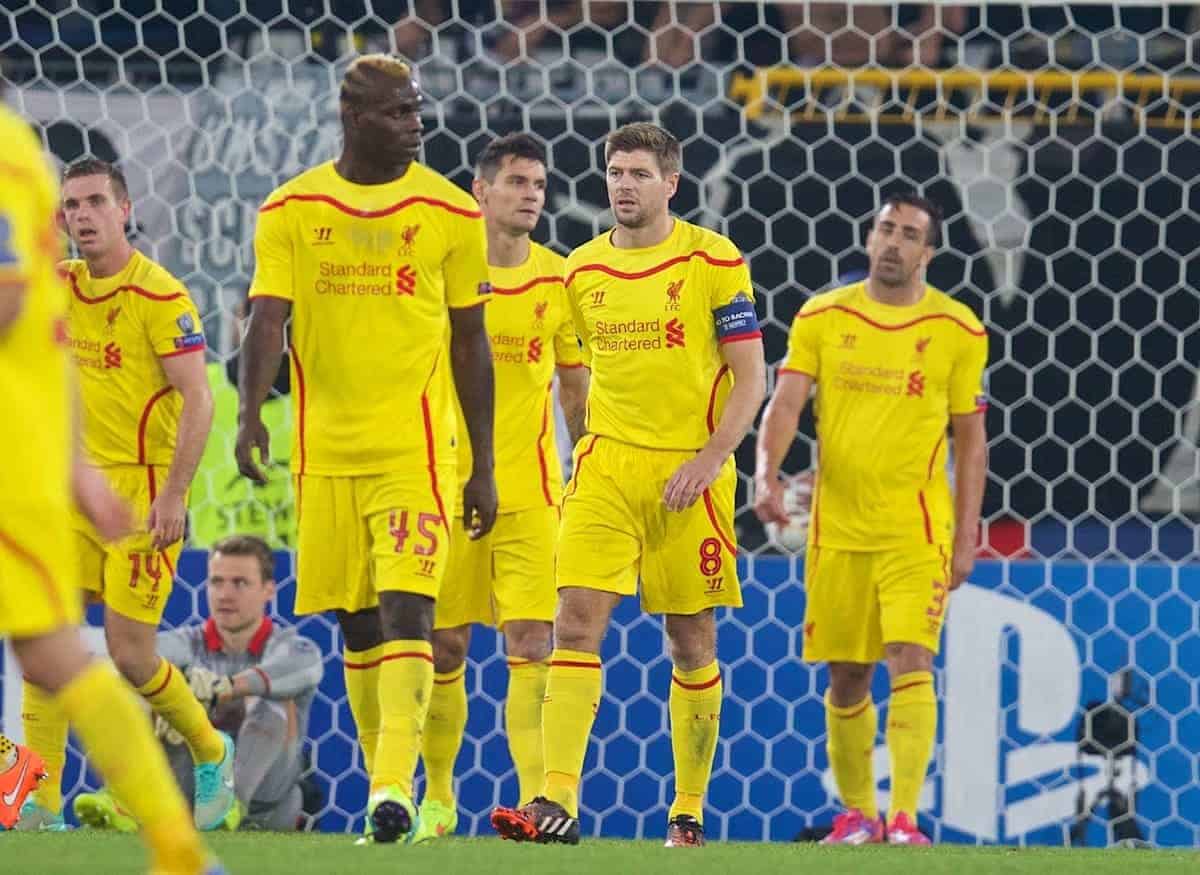 Liverpool succumbed to a hugely disappointing 1-0 defeat against FC Basel in their Champions League Group B clash in Switzerland, with Marco Streller’s second-half goal the difference between the two sides.

Liverpool played their first Champions League away game for almost five years, and they faced a Basel side who have enjoyed plenty of success against English clubs down the years. That includes a 3-3 draw with the Reds back in 2002/03, which saw Gerard Houllier’s men knocked out of Europe’s premier club competition by the Swiss side.

Brendan Rodgers made two changes to the side that drew with Everton on Saturday, with Jose Enrique coming in for Alberto Moreno at left-back and, perhaps surprisingly, Philippe Coutinho replacing Adam Lallana instead of the struggling Lazar Markovic in attacking midfield.

Raheem Sterling found the net in the opening two minutes, but the 19-year-old had already strayed into an offside position following good work from Mario Balotelli and Javier Manquillo.

The hosts threatened, however, winning a string of early corners. Steven Gerrard dwelled on the ball in a dangerous area soon after, but having lost possession he made amends with a fine block to prevent Marco Streller opening the scoring.

Mario Balotelli was showing endeavor going forward, however, while the pace of Sterling and Markovic was always a threat. The Italian was still guilty of losing the ball too cheaply though, and simply must do better, while Liverpool’s final ball was inconsistent in general.

The game ebbed and flowed in the 10 minutes prior to half-time, with Dejan Lovren twice threatening aerially from set-pieces, but at the break the two sides were deadlocked. Rodgers’ men needed to improve.

There were no changes at the interval, as a finely poised contest got back underway. Six minutes into the break Liverpool were behind from yet another set-piece goal.

Simon Mignolet kept out an initial header from a corner brilliantly, but Streller was on-hand to put Basel ahead. It had been coming, and Rodgers’ side were punished for a sloppy display.

The Reds tried to respond immediately, with slick interchanging between Coutinho and Markovic almost leading to an equaliser. On the hour-mark, Balotelli’s fearsome free-kick was saved by Tomas Vaclik, and Markovic’s effort was then blocked with the ball goal-bound. It was becoming an extremely frustrating evening.

Adam Lallana came on for Coutinho midway through the second-half, and the Englishman seemed to make a difference. Markovic, who struggled to impose himself yet again, fired wide, while Sterling wasted a great chance following a mis-control.

The terrific Serey Die shot wide at the other end for Basle, and with 10 minutes remaining the game was drifting away from Liverpool.

Gerrard tested Vaclik with a free-kick late on, and Balotelli had an effort ruled out for offside, but it was pretty much all the Reds could muster in a limp finale, as a hugely disappointing evening came to an end.

There is a lot of work to be done if Rodgers’ men are to make it through the Champions League group stages. Especially with the next two games against Real Madrid, while Basel play Ludogorets twice.

Rodgers went with the 4-2-3-1 formation that worked to fairly good effect against Everton, with Henderson sat deep alongside Gerrard in midfield, and Sterling and Markovic supporting Balotelli on either flank.

It didn’t work, however, and the sooner the 4-4-2 diamond is restored- that will likely happen when Daniel Sturridge returns from injury- the better.