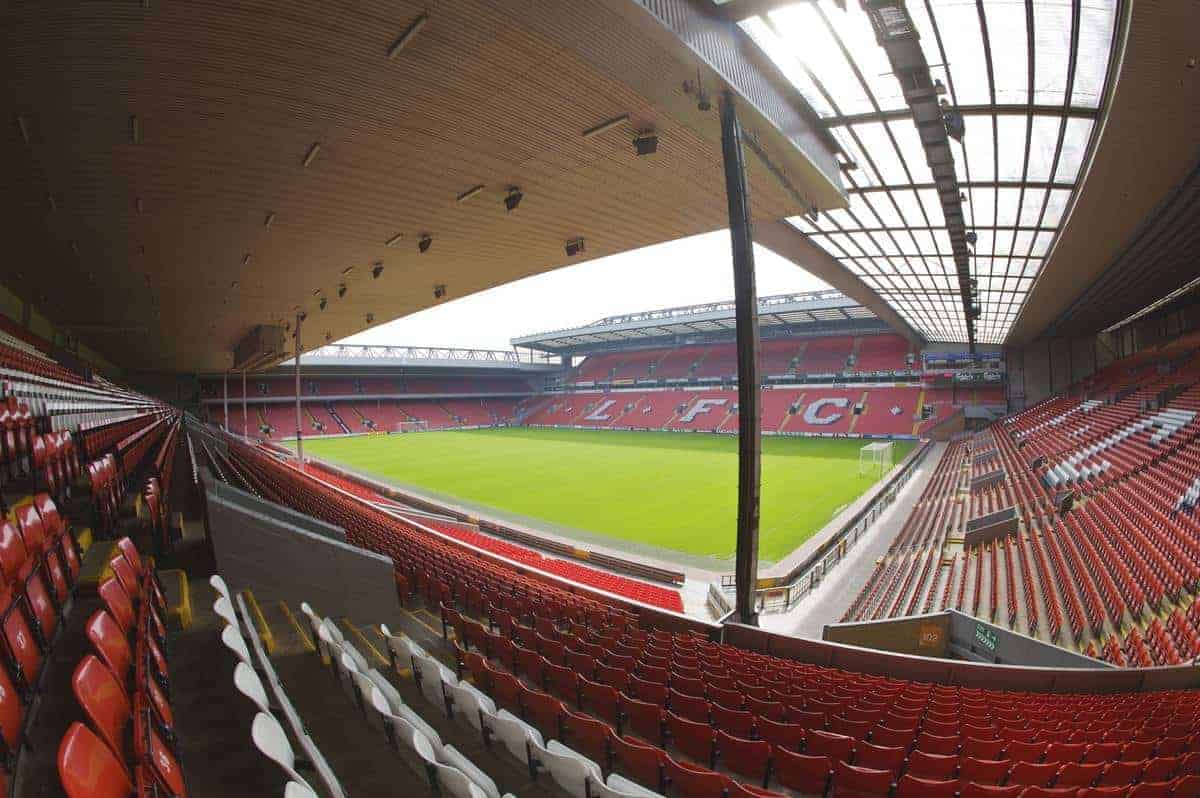 Liverpool are continuing to consider design changes to the stadium expansion plans, which may see the players tunnel moved to the halfway line. The tunnel move is one of a number of changes being considered as a final design plan edges closer. If the tunnel move was confirmed it would involve additional internal disruption within the stadium, something the club wanted to avoid, even though it is not understood to be a massive operation.

Originally it was understood that the club were looking at the simpler option of only moving the dug outs in line with the halfway line.

Another development that has come to light is that a small astro turf pitch will be hidden away in the Main Stand so the players will be able to get more warm up space on match day. The warm up room/player area is a Fifa recommendation, although a number of major stadiums don’t have such a facility.

Final changes to designs are a normal part of any construction planning, but a final design will likely be confirmed before the end of the year, possibly even this month.

Brendan Rodgers has been involved in discussions relating to expansion designs and is known to have made several suggestions. In any such project, the managers are always consulted. With building work close to beginning on the Main Stand that will take the Anfield capacity to 55,000, thoughts will soon start to turn to the expansion of the Anfield Road end, but the building of this stand is by no means 100% certain.

The owners will look to see whether there are compelling financial benefits to carrying out this build. The second phase of work is not dependant on the club remaining in the Champions League every season, but on whether or not the club sells out a 55,000 stadium once the Main Stand is completed.

Meanwhile, it is worth remembering that the club are coming towards the end of a six-week judicial review, a period that allows any final opposition to the stadium expansion plans.

If and when that process passes without any complications over the next couple of weeks expect the club to start making some exciting announcements and for building work to get under way very early in 2015.

Liverpool asked the Premier League to ensure that the last game of the season was away from Anfield, to allow building work on the Main Stand to get under way as early as possible.

Sources close to the Premier League suggested Liverpool made the request earlier this year in a bid to give builders valuable extra time to start on the expansion work.

As a result of the request, Liverpool’s final match of the season is away at Stoke City on 24 May. The last match at Anfield is against Crystal Palace eight days earlier.

The news will reassure Liverpool fans that the club is carrying out behind the scenes planning ahead of the £150 million Anfield expansion work. Liverpool officials may also make another request with the Premier League in a bid to ensure the club’s first match of next season is also an away game.