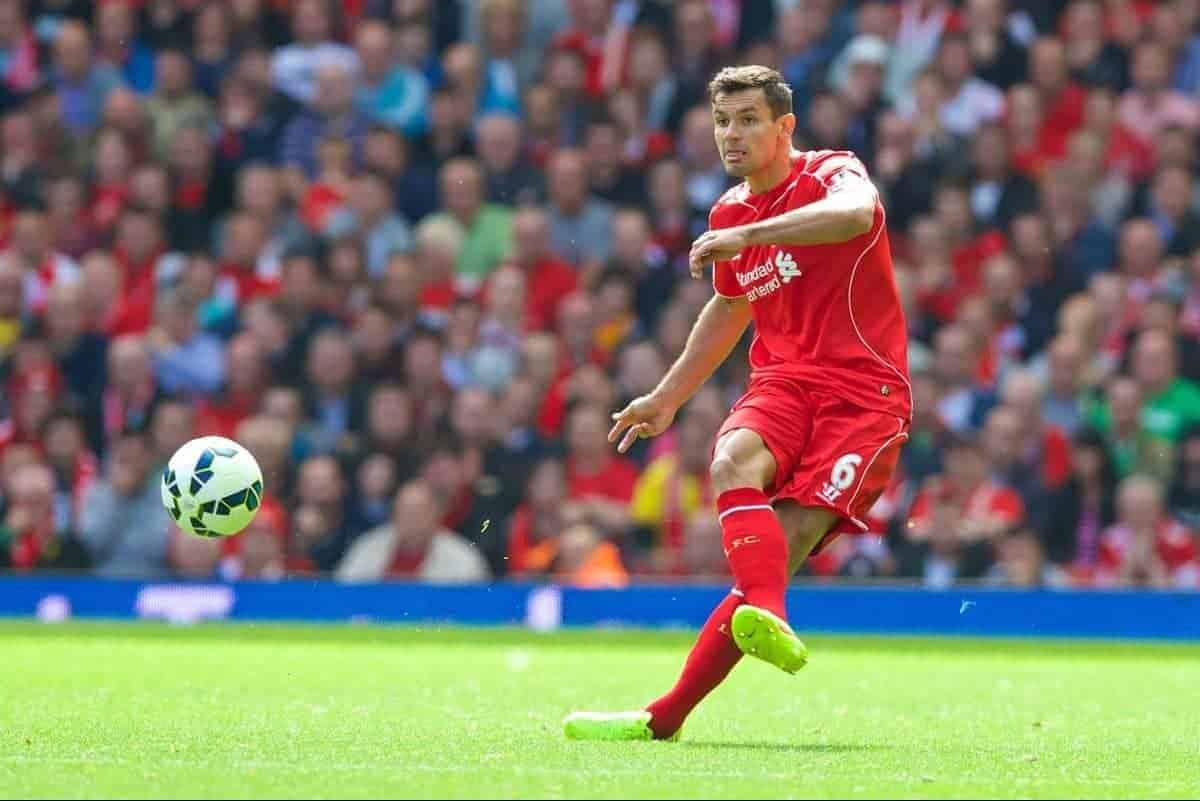 Brendan Rodgers has given an update on the injury suffered by Dejan Lovren during Liverpool’s 3-1 victory over Bournemouth in the League Cup on Wednesday night.

Lovren played the opening 45 minutes as part of a back three alongside fellow centre-backs Kolo Toure and Martin Skrtel, with Glen Johnson having been sidelined following his injury at Old Trafford.

The former Southampton centre-back had to be replaced by Mamadou Sakho and the Frenchman, who was making his Liverpool appearance since featuring against Middlesbrough back in September, is on stand-by to feature against Arsenal on Sunday if Lovren fails to make a swift recovery.

It would be just Sakho's third Premier League appearance of the season, having made 18 last season as Rodgers' men just fell short of the title.

"We will just see and assess that," Rodgers added. "He had a little sort of nick in his groin and we will see how that is." Rodgers also took the opportunity Rodgers to tip Bournemouth to join Liverpool in the top flight next season.

Having survived a couple of early scares Liverpool took control and a double from Raheem Sterling either side of Lazar Markovic's first Reds goal set up a two-legged Capital One Cup semi-final with Chelsea next month.

And Rodgers has seen enough of Eddie Howe's men, who came into that clash on the back of a 12-game unbeaten run, to suggest they will be heading to the likes of Anfield in the top flight come August.

"So good luck to them, hopefully they can keep going. I think they can get promoted, that was 12 games unbeaten and I saw their win against Cardiff (a 5-3 victory last week) and some of their other games.

"They look a real threat and they are super organised while playing good football at a good intensity. The crowd really help and they go away to places like Wolves and win.

"They have got every chance to get through and in Eddie they have an outstanding young manager, I would be delighted for him."