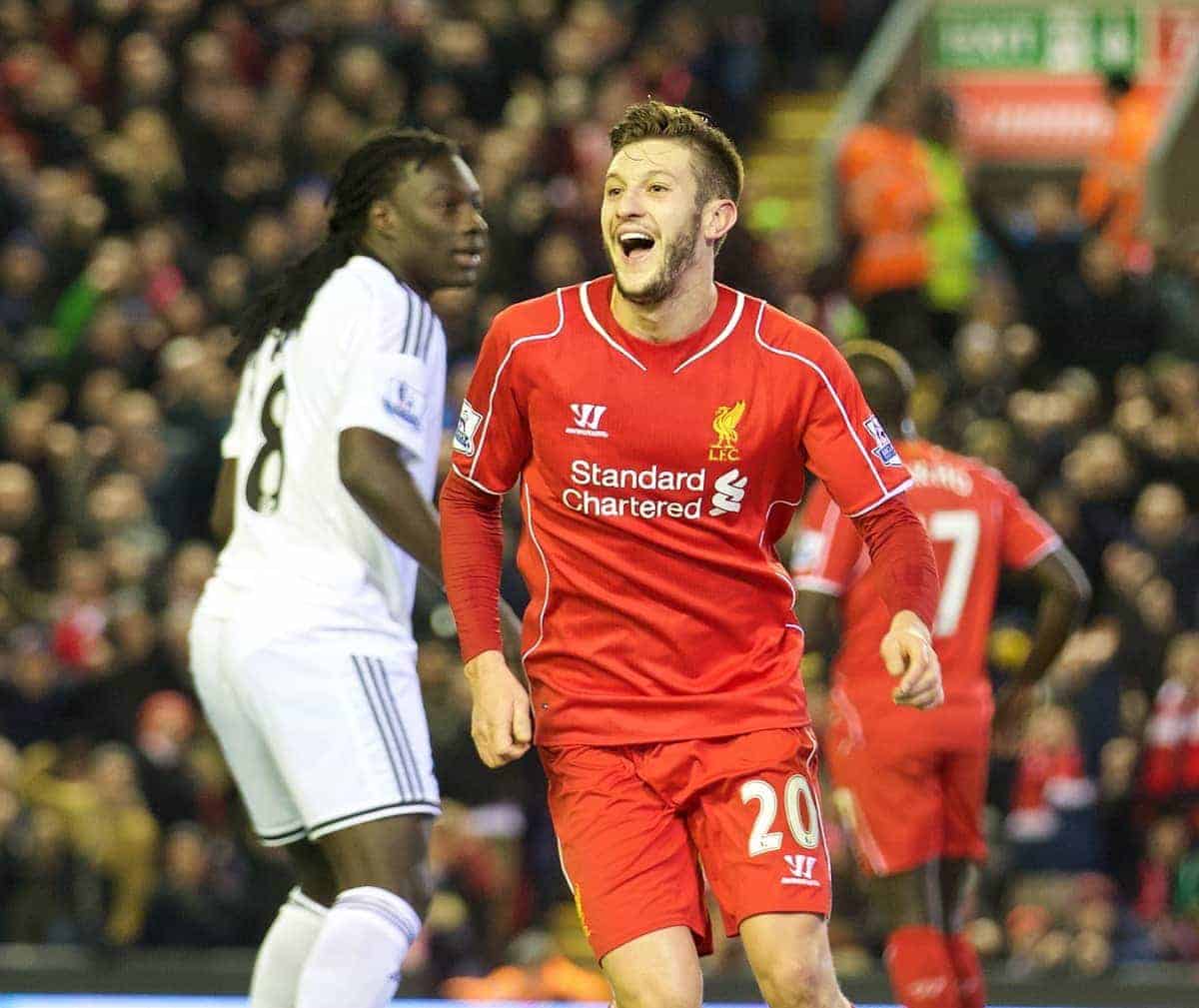 Liverpool midfielder Adam Lallana‘s return to training ahead of schedule has given manager Brendan Rodgers a boost as he heads into a potentially season-defining month.

Lallana was expected to be sidelined for a month with a thigh injury sustained against Leicester on New Year’s Day, but he – along with captain Steven Gerrard – will be fit for next week’s Capital One Cup semi-final against Chelsea.

The pair have a chance of featuring against Aston Villa at the weekend but Tuesday’s first leg at home to Jose Mourinho’s side seems more likely.

With striker Daniel Sturridge edging closer to his first appearance for the club since August 31, defender Glen Johnson back in training, Joe Allen also to rejoin the squad this week and Raheem Sterling back from his week-long break in Jamaica, Rodgers has virtually a fully-fit squad in which to tackle an assault on the top four, reach a cup final and make progress in the Europa League.

“He (Lallana) is ahead of schedule in terms of his rehabilitation and we are hoping he can join the group tomorrow to train,” the Reds boss said.

“If he is not available for the weekend he certainly will be by Chelsea.

“He was playing very well (before the injury) and had settled into the club very well. He will get better as his time progresses at the club.”

On whether Gerrard – replaced at half-time in Saturday’s win at Sunderland with tightness in a hamstring – will be fit, Rodgers added: “We’ll see by the end of play tomorrow. If not, then hopefully by the Chelsea game.”

Chief executive Ian Ayre has raised the possibility of the Reds captain returning on loan next January after he joins the Los Angeles Galaxy in the summer.

“The fact that he’s leaving at the end of the season doesn’t mean it’s the last we’ll see of him at Liverpool,” Ayre told Liverpool radio station CityTalk. “We will keep a regular dialogue with him and I hope we will see him here again in the long term.”

Asked if that could mean a return on loan next January, he said: “It’s conceivable. It happens a lot in MLS, and it’s something we talked to Steven and his representatives about.”

Rodgers, who last week drew a line under the ongoing debate over whether the club could have done more to keep the 34-year-old, insisted he was not looking that far ahead.

“We had a couple of weeks of Steven’s situation where it was at and where it would be in the future. I have nothing more to say on the situation,” he said.

“Steven is still very much at the club so I’m not speculating on when he comes back after leaving in the summer.

“If we take a look at the present he is very much a part of that and that is where our concentration is.”