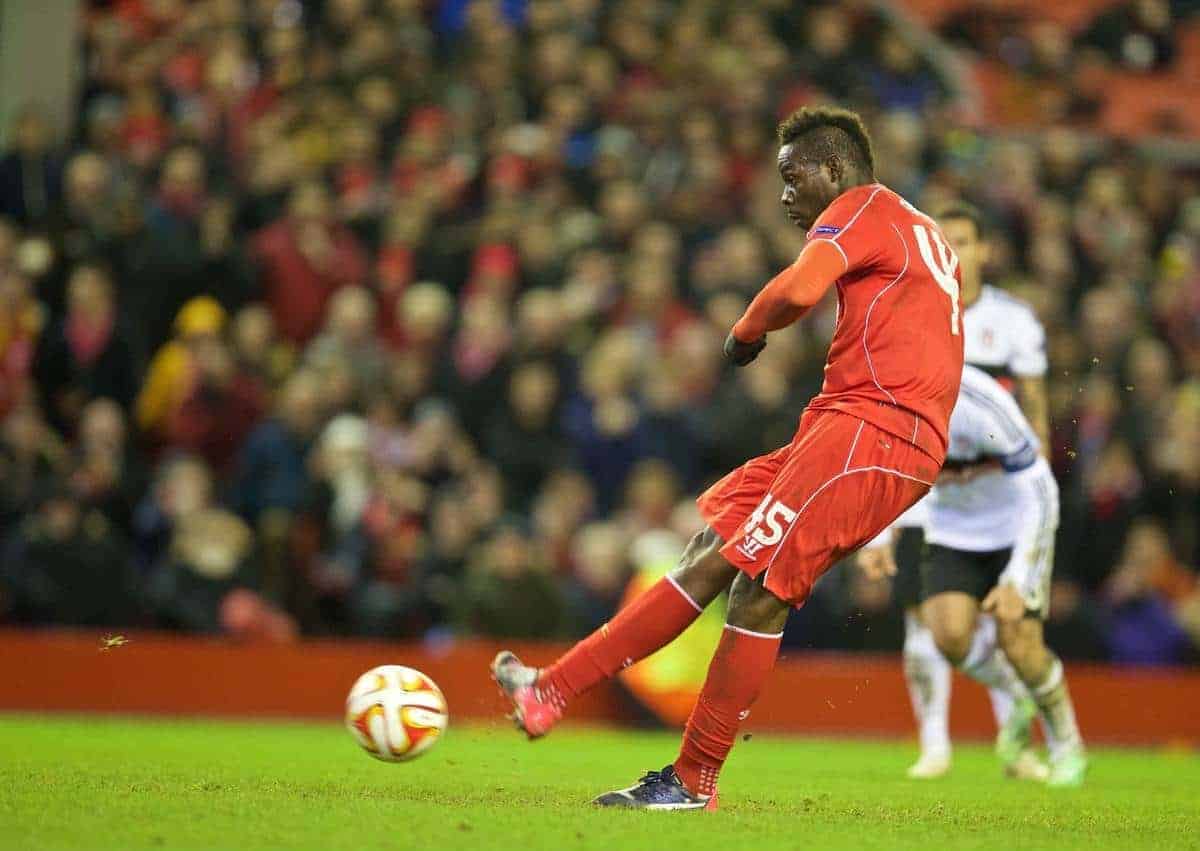 Liverpool manager Brendan Rodgers has given his full backing to striker Mario Balotelli over the penalty furore which blew up in the 1-0 win over Besiktas in the Europa League.

Rodgers insists the Italy international was right to step in front of Jordan Henderson, captain on the night and designated pre-match taker, even if it looked unseemly at the time.

Injured captain Steven Gerrard, as a guest television pundit, called Balotelli “mischievous” and “disrespectful”, but Rodgers said the 24-year-old – who has scored 27 out of 29 from the spot in his career – was following the long-established order agreed earlier in the season.

“There has probably been a lot more of a drama been made out of it than it actually was,” said the Reds boss. “With the players who were initially on the pitch last night Jordan was our nominated taker.

“History shows he (Balotelli) has scored nearly 30 penalties in big games so he is an outstanding penalty-taker, but none of them were on (at the start) so you have to nominate someone.

“Jordan was happy enough to take it but he gave it to Mario.”

Henderson, Balotelli and Daniel Sturridge were all involved in discussions before the 85th-minute penalty against the Turkish visitors, and Gerrard’s post-match comments fanned the flames with Rodgers admitting that is something he will deal with within the team.

“That is my job to manage that, it is what I do behind the scenes every day,” he added. “You see from the way the team has been playing recently the respect and commitment they show for each other.

“I always assign responsibility every single game and I think this is the first time that has reared its head.

“I think there was a bit of a kerfuffle around it because they just wanted to make sure he (Balotelli) was happy to take it but that was it really.

“The only thing I would say on it is I don’t like the etiquette – you don’t like to see four or five players around a football looking to take it.

“It was maybe more the etiquette which was not as we would have liked but we got the end result.”

Henderson’s role in the affair has been criticised by some who claim it portrays him as weak, allowing Balotelli to step in ahead of him. Rodgers admits authority is something which comes with experience but he supports the England midfielder in the job he is doing – even if he has again raised doubts about whether he will get the job full-time when Gerrard leaves for Los Angeles Galaxy in the summer.

Asked what Henderson needs to add gravitas to his on-field persona the Reds boss said: “Just time. People see him as that automatic next captain but that is not necessarily the case.

“He is a young player and you have to go steady with Jordan. Everyone is trying to catapult him into the next Steven Gerrard and he is not that.

“I have said it many times he is not that type of player. Jordan is a real honest boy, a hard-working player, a great team player.

“Steven is a totally different player to that. He (Henderson) is still young but it is not automatic he will be the next captain but at this moment in time, when Steven doesn’t play, he is working that role very well.”

The fact Balotelli actually scored the penalty and Liverpool won the first leg of their last 32 tie has almost been lost in the fall-out. However, the Italian has now scored four times in four different competitions since his £16million summer move from AC Milan, including two winners and an assist for the winner in his last three matches.

“He wants to contribute. It has been a difficult time for him here but he knows what he needs to do to have an impact on the team,” added Rodgers. “Whether he starts or comes off the bench it is important he has that but that will come with working in training every day.”