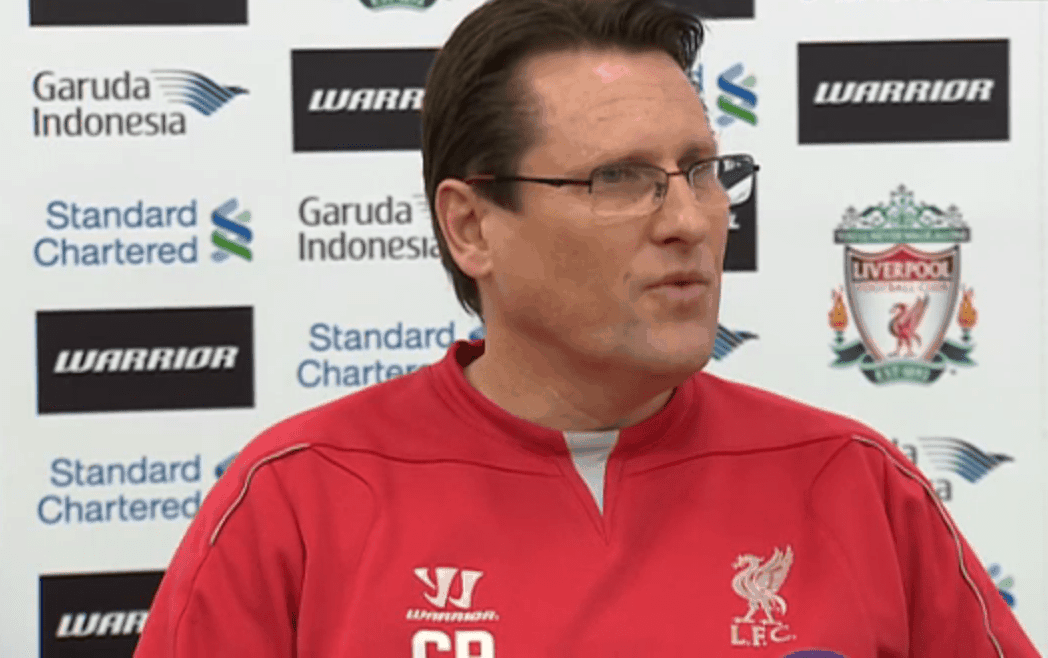 Liverpool assistant manager Colin Pascoe believes Emre Can could be a future club captain but in the short term he may just have to settle with assuming Steven Gerrard’s midfield role.

Gerrard is awaiting results of a scan on a hamstring problem which could keep him sidelined for a fortnight and with Lucas Leiva already out for between four and six weeks with a thigh problem, the side are looking light in central midfield.

Can, who arrived from Bayer Leverkusen in the summer as a midfielder but has adapted to defensive role in a back three, stepped in briefly in midweek when Gerrard went off in the win over Tottenham.

Vice-captain Jordan Henderson and Joe Allen are the only two fit senior central midfielders with Can another option, although his success in defence may mean Brendan Rodgers is reluctant to move him.

Asked whether Can’s calmness under pressure and quality on the ball makes him a potential future captain Pascoe said: “He is young, he is learning his game, but in years to come I am sure he will progress to be one of them.

“He is a leader on the pitch and the way he is playing he has been fantastic.

“But at the moment he himself is probably not even looking at that sort of thing.”

On the possibility of Can being restored to midfield Pascoe added: “When we were monitoring him to come into Liverpool he could play at centre-half but the opportunity arose for him to go into a back three – where he has been fantastic.

“But you could see the other night when he stepped into midfield he does want to play there, it is his position, and he is a great asset.

“He is a great lad and a good player. He hasn’t moaned about anything or knocked on the manager’s door, he has waited for his chance and grabbed it with both hands.

“If Emre Can had to go into midfield there is another possibility but with Jordan and Joe there we have enough cover.”

With Mario Balotelli scoring his first Premier League goal to win the match against Spurs there is renewed hope the Italy international will be able to make something of a so-far disappointing career at Anfield. The problem he has is Daniel Sturridge is back to full fitness and in the current 3-4-3 system there is really only room for one out-and-out striker.

However, Pascoe admits the goal has not done Balotelli any harm. “Mario is Mario. He comes in every day, works hard. He is one of those guys who when he is out there he wants to work well,” said the assistant boss, standing in for manager Brendan Rodgers who was returning from Italy on player-related business.

“It was great for him the other night when he got his goal.

“It is not about one player, it is about the group, and the next game with all the players available.

“He has put himself out there for selection for the next game with his contribution the other night.